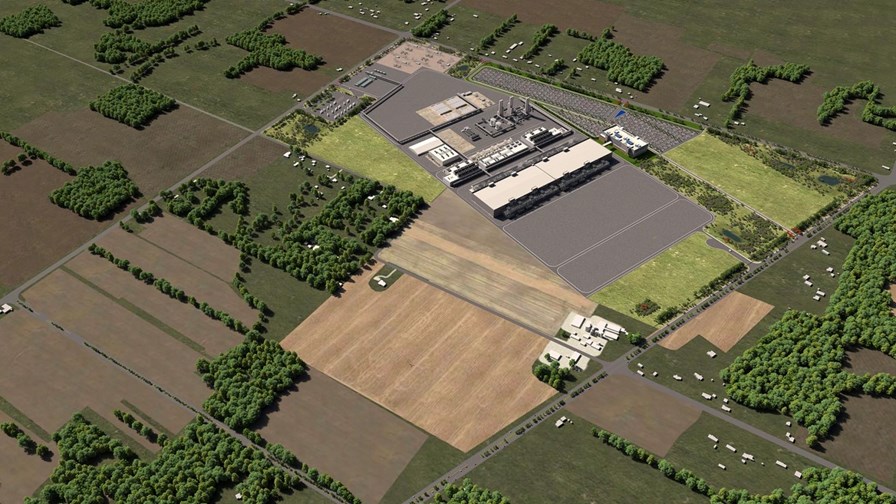 Intel is to invest more than US$20 billion on constructing two microprocessor fabrication factories in Licking County (so-named because European settlers found a lot of salt licks in the area) 30 miles from the city of Columbus, Ohio. The plants will be massive and will produce chips down to 2 nanometres (nm) and even smaller by 2025.

Intel adds that during the next 10 years, a total of eight new foundries will be built at the cost of $100 billion and the whole site will eventually cover 1,000 acres. The new plants will supplement output from Intel’s facilities in Chandler, Arizona. Last year, the company invested $20 billion to build two new factories in the south-western state. Work is also underway on expanding Intel facilities in New Mexico and Oregon. This is a serious and seriously expensive commitment and indicative of the huge change that is underway in US attitudes to imported computing and comms technologies.

The Republican Governor of Ohio, Mike DeWine, commented, “Intel's announcement… is a signal to China and to the rest of the world that from now on our essential manufactured products in this country will be made in the United States of America.” His remarks reflect the reality that the Intel announcement has a political dimension as well as economic and technological aspects. For several years now successive US administrations have been imposing technology sanctions on China. Huawei, ZTE and other Chinese high tech companies are now effectively prevented from playing in markets in North America, much of Europe, Australasia, Southeast Asia and other parts of the world and it seems unlikely they will ever be allowed back in again.

That geopolitical reality has been given an extra twist by the Covid-19 pandemic and consequent disruption the global supply chain. The US is determined that the nation will be doing a lot more things by itself, for itself, in the years to come as an increasingly confident and aggressive China flexes its muscles. The PRC says it will be self-reliant and self-sufficient in state-of-the-art microprocessor manufacture by 2024 or 2025.

US President Joe Biden commented, “China is doing everything it can to take over the global market so they can try to outcompete the rest of us and have a lot of applications - including military applications.” He used the Intel announcement to encourage legislators to pass the CHIPS Act (Creating Helpful Incentives to Produce Semiconductors for America Act. See what they did there? Clever, eh?) which is sort of tucked carefully into a zipped pocket within the broader, flagship US Competition Bill.

The CHIPS Act would provide $52 billion for US domestic semiconductor production and incentives to invest in new semiconductor manufacturing facilities in-country. Intel is a vocal supporter of the legislation. The Act has passed the Senate but has been stuck in the House for getting on for eight months and Mr. Biden is now a year in office and the pressure is on to get the CHIPS Act on to the statute books by February 18, (ie. in just four weeks time) because not passing it would trigger yet another disruptive and pointless government shutdown.

Making the announcement of the huge new investment plan, Intel’s CEO, Pat Gelsinger, said it highlights the “importance of building a more resilient supply chain and ensure reliable access to advanced semiconductors in the US for years to come. Today’s announcement is a critical step in our plans to fulfill these objectives.”

However, analysts and academics are pointing out that, although the government legislation and Intel’s massive investment programme is more than welcome, in themselves they will not be enough to render US chip supplies completely independent of overseas companies, because huge amounts of microprocessor testing and packaging are done overseas (predominantly in South-East Asia) and bringing them back to the US will be a long, complex and expensive task. Currently the US is responsible for a mere 3 per cent of chip packaging.

Ironically, only last month Intel announced that it is to invest $7 billion in building a state-of-the -art testing and packaging plant in Malaysia. Why? Because wage costs are five time cheaper than in the US. Meanwhile, it is unclear as to whether or not the US would be able to source all the raw materials it would need to keep the new chip foundries fed and constantly running without itself relying on imports. Probably not.

Intel’s competitors in Asia are also ratcheting up the pressure as they boost their chipmaking capabilities. Samsung of South Korea is spending $17 billion on a new chip factory in Texas and the Taiwan Semiconductor Manufacturing Company (TSMC) is investing $12 billion in a new plant in Arizona.

Intel, with over $73 billion in annual revenues, is the world’s second-biggest semiconductor vendor, having lost the top spot last year to Samsung which has revenues of $76 billion.