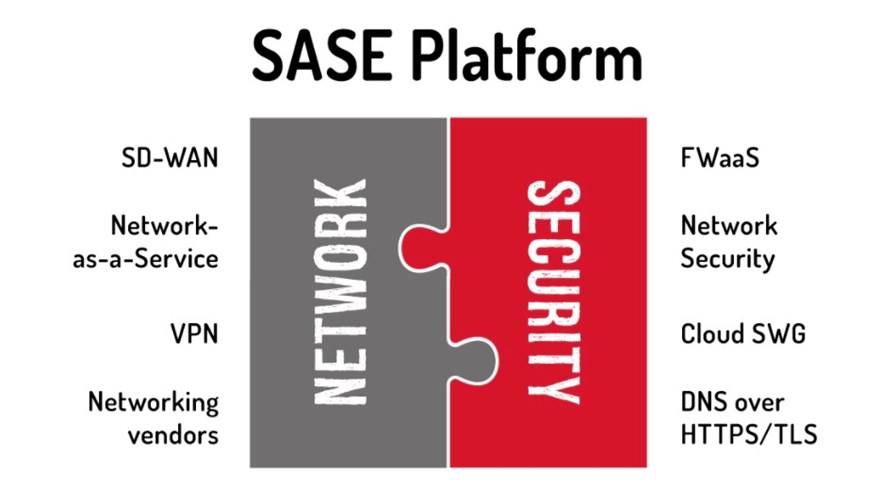 The closely-related SD-WAN and SASE (secure access service edge) sectors are among the hottest and fastest in the communications industry right now, and two of the leading players, Aryaka and Cato Networks, have been busy expanding their empires in different ways.

Aryaka, which has developed its business by building out its own international network of nearly 40 service points of presence (PoPs) and selling via channel partners, has just announced what it calls an “all-in-one” combined SD-WAN and SASE offering for enterprise customers of all sizes (until now it has been mainly focused on SD-WAN for large companies).

The new proposal is based on a new private layer 3 core platform built out to supplement the company’s existing private layer 2 network and leverages the company’s acquisition of Secucloud earlier this year: This new core platform enables Aryaka to offer more flexible, managed and affordable services to a broader range of customers with tiered packagaing and pricing, including SASE for small and medium-sized companies, which was Secucloud’s speciality. (See Aryaka announces "All-in-One" SD-WAN and SASE offerings for the cloud-first enterprise and hybrid workplace deployments.)

Steve Harrington, Aryaka’s managing director for Europe, Middle East and Africa (EMEA), says the development has been about nine months in development and will increase the company’s addressable market from about 100,000 enterprise users globally to about 400,000 and cuts the entry-level pricing for Aryaka’s services by about 50%, with commercial availability of the new SD-WAN services from next month and the SASE elements a few months later. In terms of the value of the addressable market for the company, Harrington says the realistic market the company can go after, where companies are ready to switch from traditional connectivity services such as MPLS to software- and cloud-based services, has probably grown three-fold to about $60-70 billion.

With this new arsenal of products, Aryaka is also ramping up its channel activities and highlighting its presence in China.

“We’re increasing our footprint into Russia, and we re-embedded in France recently... in EMEA, Germany, the UK, France, Netherlands, the usual suspects are our biggest markets that we're going to work through, and in Asia-Pacific it will be in China. We have three PoPs in China and we can provide in China what nobody else can... so that's an aggressive market for us. We particularly go after organisations who have a presence in China. Because we can solve the problems that inevitably occur [and which are] very, very difficult for enterprises to manage – we solve those problems for them,” says Harrington, who notes that Alibaba is one of Aryaka’s key partners on the ground in China.

The expansion makes sense for Aryaka, reckons Scott Raynovich, Founder and Principal Analyst at Futuriom. “It’s important that Aryaka owns its own network at both Layer 2 and Layer 3 level and has made the Secucloud acquisition to integrate SASE functionality. Likewise, because much of SASE is a bundling and integration story, it can be more powerful when the SASE portfolio is combined with network controls. This shows that Aryaka realizes that controlling the network and technology is the only way you are going to control performance and results for clients. While NaaS [network-as-a-service] overlays are growing in popularity, not all of them are delivered with SLAs or network control,” notes Raynovich.

Meanwhile, Cato Networks, which earlier this year achieved the incredible valuation of $2.5 billion following a new funding round of $200 million, has struck a partnership with enterprise communications specialist Horizon Telecom to take its SASE cloud services to European companies.

“Horizon Telecom has proven experience in providing SD-WAN and SASE solutions,” noted Mark Draper, EMEA Channel Director for Cato Networks. “[Its] unique, smart and flexible way of personally helping and supporting customers shows the added value that we want for our customers.”

The news from Aryaka and Cato follows a report from respected analyst firm Dell’Oro Group that the value of the SD-WAN market during the third quarter of this year grew by 45% year-on-year, with Cisco the market leader, followed by Fortinet and VMware. “Enterprises are upgrading network infrastructures at accelerated rates compared to pre-pandemic times, and our research finds that the SD-WAN market is growing at strong double-digit rates in all regions of the world,” said Shin Umeda, VP at Dell’Oro. “Because SD-WAN is software-based technology, the global supply chain disruptions have had less of an effect compared to hardware-based networking products,” he added.

There are still plenty of players in the market, but the top six commanded 69% of the total value in the third quarter. Dell’Oro isn’t providing (for free) a value of the market, but it’s sizeable and getting bigger all the time: Raynovich’s Futuriom expects the SD-WAN market to be worth about $2.6 billion this year and grow to be worth $3.5 billion in 2022.