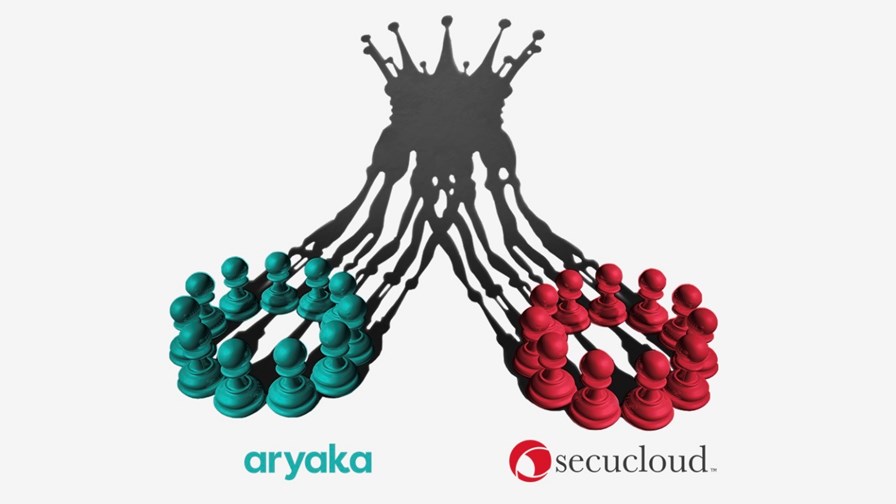 A successful acquisition, a couple of failed takeover bids and the end of a precious metakl era in Italy top today’s news charts.

SD-WAN service provider Aryaka has acquired German cloud-based network security SASE (secure access service edge) specialist Secucloud for an undisclosed sum to broaden its portfolio. Secucloud adds about 30 staff to Aryaka’s headcount, but the SD-WAN company wouldn’t reveal what impact the German company would have on its revenues or margins. According to Aryaka’s Chief Marketing and Product Officer, Shashi Kiran, Secucloud has been “addressing the needs of a different profile of customers and we have no overlap between the customer bases of the two companies.” Kiran added that Secucloud current services will continue to be supported but that new services based on Secucloud’s capabilities will be launched by the end of this year: “We will have a phased approach to product delivery as a result of this acquisition, initially focused on the small-to-medium enterprise (SME) segment… we expect these to be global offerings in line with Aryaka’s DNA,” added Kiran. Industry analyst Scott Raynovich, Founder and Principal Analyst at Futuriom, likes the deal. “This is a great move by Aryaka to build out their native security capabilities available in their cloud points of presence, which they call Aryaka Network Access Points,” notes Raynovich. “It’s clear that security services are moving to a cloud-first model, and now Aryaka can add Secure Web Gateway, Advanced Threat Protection, and Firewall as a Service capabilities to its own suite of manage services, which our research shows are in high demand.” (See Futuriom’s 2021 SD-WAN Managed Services Survey Results report.)

Dutch national operator KPN says it has rejected two separate takeover approaches by private equity companies, one from EQT/Stonepeak (which did not include an offer price) and one from KKR: Both approaches failed to “provide tangible and material added value over KPN’s recently updated growth strategy,” the operator noted in this announcement published over the weekend. According to this Reuters report, EQT believes it can still broker a deal despite the initial rejection. Previous reports had valued the EQT/Stonepeak bid at €3.00 per share, worth more than €12.5 billion ($15 billion): KPN’s rejection of the initial approaches dampened investor hopes of a takeover, and the Dutch operator’s share price dipped from €2.88 at the end of last week to €2.77 by the close of trading today. It’s likely EQT will be back at the table as it has built a sizeable digital infrastructure portfolio in Europe and seems very keen on adding KPN to its assets. (See Ambitious EQT takes another run at KPN: Report.)

TIM (Telecom Italia) is starting its copper network “Switch-Off’ program in Trento, where the Mattarello exchange, which serves about 2,000 lines in the south of the city, is prepped to provide a fibre line connection to every premises. The switch will take time, as customers need to be migrated, but the move is symbolic of TIM’s determination to provide the best digital architecture to its customers and is an important step in supporting the smart city aspirations of the local municipality. For further details, see this press release.

Coining it. Even a global pandemic can't slow the rise and rise of Big Tech. Indeed Covid-19 actually helped the likes of Alphabet, Amazo, Apple and the other biggest technology brands to post record revenues and value increases to the tune of US$3.4 trillion last year. CNBC, the US business news TV channel, analysed the most recent quarterly earnings that Amazon, Apple, Alphabet, Microsoft, Facebook, Tesla and Netflix have filed with Securities and Exchange Commission (SEC) in New York. CNBC then calculated the amount of revenue each of the seven companies under scrutiny made each and every minute over the first three months of 2021. (Those 90 days were comprised of 129,600 minutes). The amounts revealed are astonishing. Here they are in descending order: Amazon raked in $837,330.25 revenue a minute, Apple: $691,234.57; Alphabet (Google's parent company): $426,805.56, Microsoft: $321,805.56, Facebook: $201,936.73, Tesla: $80,162.04 and Netflix: $55,270.06 per minute. Translated in quarterly figures, top earner Amazon pulled in $108.5 billion in revenues in the first 90 days of 2021. Second place Apple generated revenues of $89.6 billion during the quarter. In third place was Alphabet with $55.3 billion. Fourth came Microsoft with $41.7 billion, followed by Facebook in fifth with $26.2 billion. Tesla was in sixth place with $10.4 billion revenues in Q1 this year while Netflix, in seventh place, a comparatively paltry $7.2 billion.​

What do you mean, your data's missing? Have you looked in the stationery cupboard, under the desk or out of the window? A new survey from UKCloud, which provides multi-cloud solutions to Britain's public sector bodies and organisations in regulated environments shows that many of them don't know whether their data resides in-house or in the cloud, a state of affairs that could have potentially catastrophic results. UKCloud polled 300 public sector IT executives for its State of Digital and Data report and found that few public sector bodies can say with any degree of  certainty where their data is being held. Some 53 per cent of respondents said they stored their data on the premises but 58 per cent said they keep their data in the public cloud while 56 per cent say their data is spread across multiple private cloud services. Like the "Lost in Space" robot said, "It does not compute." It seems confusion reigns and while public bodies think they know where their data resides, they are probably wrong. The simple fact is that it is impossible for an organisation’s data to be in public, private and multiple cloud services. UKCloud says the lack of visibility of what data is kept where together with what is stored on legacy equipment, technologies, systems and processes, means organisations are "sleep-walking" into trouble. That is particularly true of the 40 per cent of respondents who confided that their teams do not even have the capabilities to understand where the data is being held! Incredible.