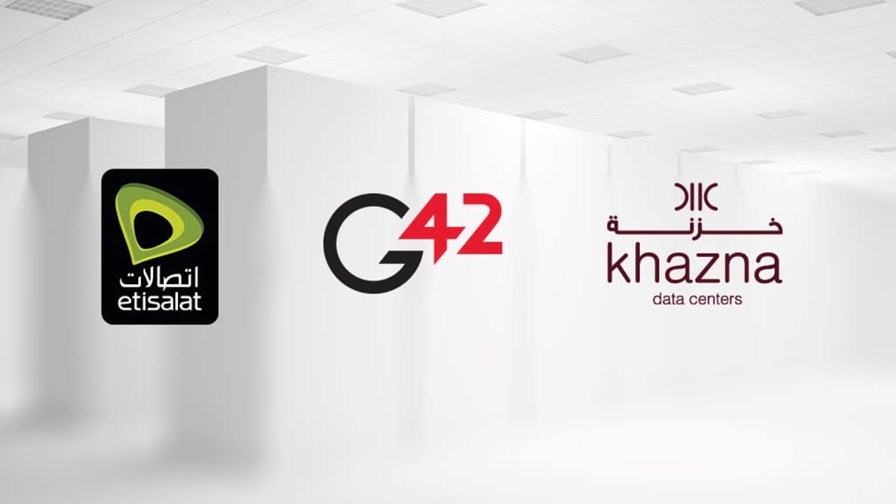 A data centre combination in the UAE, a next-gen OSS deployment in the Alps, a nice top-up for Cato and the IPO plans of a chip manufacturer lead the way in today’s industry news roundup.

Middle East operator giant Etisalat has struck a deal with Group42 (G42) to combine their data centres in the United Arab Emirates (UAE) in a joint venture in which Etisalat will hold a 40% stake. The combined portfolio of 12 data centres, the largest in the UAE, will operate under the name Khazna Data Centers, with “plans underway to provide over 300 MW of capacity to turbocharge UAE’s digital economy.” Etisalat says the move “is in line with our digital strategy. It allows Etisalat Group to increase the value of its infrastructure assets contributed to the joint venture while also optimizing process and resource utilization, without impacting its commercial positioning, client relationships and leading market positions.”

Swiss operator Sunrise UPC has deployed Nokia’s Digital Operations software to “modernise and consolidate its Operations Support Systems (OSS).” The new system will support existing networks and services and enable the development of “new IoT and 5G-era services, such as network slicing,” boasts the vendor in this press release. Nokia says its fulfilment solution modernises catalog, inventory, order management and provisioning processes, with “pre-integrated processes for end-to-end automation.” The vendor says this provides Sunrise UPC with an Open API catalogue-driven fulfilment solution that eliminates silo-based network management and enables agile product launches. Nokia estimates its system can help reduce time-to-market for 5G and IoT services by up to 50 percent.

One of the leading players in the SASE (Secure Access Service Edge) services sector, Cato Networks, has raised a further $200 million in funding from a group of investors including Lightspeed Venture Partners and Singtel Innov8 to take its total raised to $532 million and its valuation to a staggering $2.5 billion. “Large enterprises are deploying Cato as their global network to reap the operational and business benefits of Cato’s proven and mature SASE platform,” boasted Shlomo Kramer, CEO and co-founder of Cato Networks. “Cato is rapidly expanding its service capabilities, global footprint, and sales and marketing teams, while preserving our unique DNA of agility, simplicity, and ease of doing business that is so valued by customers and partners,” he added. The company’s SASE cloud is now delivering cloud-enabled networking and security-as-a-service from 65 points of presence around the world. Read more.

GlobalFoundries, which manufactures specialized products for multiple sectors including comms infrastructure and devices at five sites in Germany, Singapore and the US, is cashing in on the current demand for semiconductors with a planned IPO on the Nasdaq Global Select Market that looks set to value the company at about $25 billion and raise at least $2.5 billion, with 60% of the proceeds going to GlobalFoundries and 40% to existing shareholder, Mubadala Investment Company PJSC. In the three months ending 30 September, the company is expecting to generate revenues of $1.7 billion, up by about 56% year-on-year.

Netflix is making headlines for both the right and wrong reasons. Its business is growing, with its third quarter revenues increasing by 16% year-on-year to $7.48 billion, its operating profit ramping by a third to $1.76 billion and its subscriber base adding 4.4 million net users in the quarter to hit a total of 214 million worldwide, which was better than anticipated. Further details are available in the company’s letter to shareholders. But the company is caught up in a storm following the release of an email written by co-CEO and Chief Content Officer Ted Sarandos about the company’s reaction to a new programme by comedian Dave Chappelle, with Netflix employees expected to stage a “virtual walkout” today (Wednesday), reports The Guardian.

The much-anticipated Google Pixel 6 (and 6 Pro) has finally made its debut to relatively muted applause in the relevant press outlets - it seems there’s not much more you can do to the flagship smartphone that hasn’t been done several times before, except… Anyone fancy a ‘de-Trotsky’ feature where you can rid (or perhaps update) your snaps with a ‘Magic Eraser’. As one online mag puts it, “You can finally erase your ex from old photos...”  What a terrible suggestion (really!). Input magazine says Magic Eraser is much like the ‘heal’ tool in Photoshop... or should that be “heel” tool. It “lets you choose any part of a photo and remove it entirely…  the resulting photos really did look like they’d been professionally Photoshopped — and all it took was a few swipes,” gushed Input. Much better than getting an ice-pick through the head like poor old Leon, I guess.

A1 Telekom Austria Group reported an encouraging third quarter, with revenues up by 5.5% year-on-year to €1.2 billion and earnings before interest and tax (EBIT) up by 15.7% to almost €244 million. The operator, which has almost 22 million mobile customers across its operating units in a number of East European countries as well as Austria, said the growth was “almost entirely driven by service revenue growth in all markets, both in the mobile and the fixed-line businesses,” and that it had raised its sales growth outlook for the full year to 3-4%.

BT is set for a long legal battle against claims that it overcharged its landline customers for years: The UK national operator is taking the Competition Appeal Tribunal’s preliminary ruling on the £589 million claim to the Court of Appeal.