Amdocs is buying the company it took to court 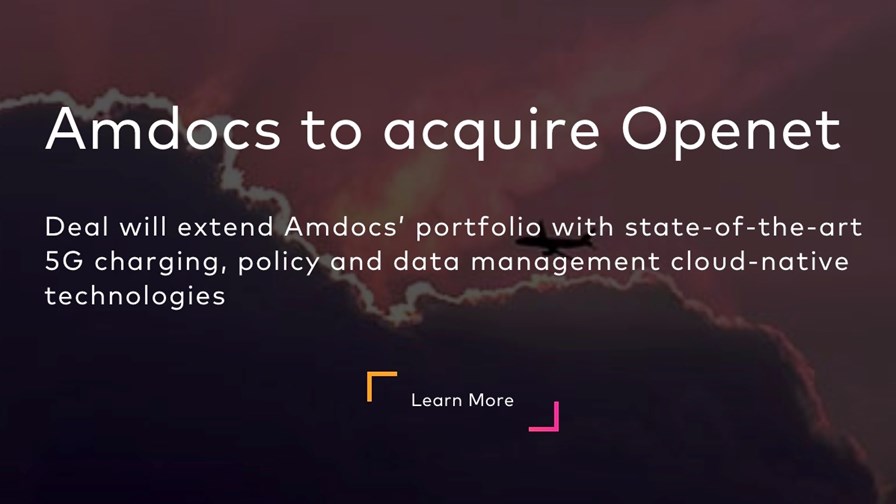 Amdocs is buying Openet, the Irish charging and policy control specialist it took to court a decade ago in a lengthy patent infringement case that wasn’t settled until 2018.

Amdocs is paying $180 million for Openet, which has been generating revenues of about $70 million for the past couple of years. The deal is set to close within the next few months.

So why is Amdocs buying Openet? It already boasts miuch the same business support system (BSS) capabilities and Openet’s revenues are not going to move the needle much on the annual $4 billion revenues that Amdocs currently generates.

What Openet does have, though, is a product portfolio that has always been a competitive thorn in Amdocs’s side, so much that, just as Openet was talking about a potential IPO in 2010 (a move that would have given it the capital and kudos to underpin further growth), Amdocs took Openet to court, accusing it initially of infringing two of its patents (two further patents were added after the action had started).

The legal action put the brakes on Openet’s plans and diverted precious resources for two years, until a district court initially ruled in Openet’s favour in 2012. That ruling, though was overturned by a Federal Circuit panel in 2016 and, ultimately, the companies reached a settlement in July 2018, whereby Amdocs agreed to “license certain patents” to Openet. Details were not disclosed.

Now the companies are friends. Amdocs will no longer have to battle Openet for business or worry that another rival will snap it up and make it an even more troublesome competitor.

More importantly, perhaps, the acquisition adds more cloud native savvy and products to the Amdocs portfolio: Openet embarked on a significant refresh of its portfolio in 2017 to ensure it was ready for cloud native microservices deployments and DevOps processes.

That’s very useful for Amdocs, as it recently signed up to adopt the Open Digital Architecture (ODA), the TM Forum initiative that aims to encourage the development and deployment of interoperable and componentized software tools and help operators break away from customized systems that tie operators to long, expensive engagements based more on licenses and professional services than software products.

And as Orange CIO Thierry Souche noted recently, traditional telecom software vendors need to change the way they approach the CSP market or face the threat of getting sidelined by the rising availability of BSS tools on public cloud platforms: “If you're a Netcracker or an Amdocs… It's a bloody big risk, right? The only way to counter such a big guy, a monster getting into your culture is to play the industry” and embrace openness and interoperability. “Because if you don’t, you're going to be completely switched out. I think they see the world is moving. We all have to enter into a platform game – if we don't, we will be out of business.” (See Orange CIO: The only way is cloud native.)

Openet has been making significant progress in the cloud-oriented BSS world in the past year: A great example is the deployment of its cloud native Evolved Charging Suite on AWS for MVNO Lebara.

Not that Amdocs hasn’t also been going down this cloud native path: It has also been adapting its software tools, such as its Service & Network Automation suite and CES20 (Customer Experience Systems), for microservices environments and has been encouraging operators to start the move to cloud native platforms.

So the acquisition might not be one that excites investors, but it gives Amdocs some additional weapons in its cloud native software armoury and, finally, ends a long BSS feud.