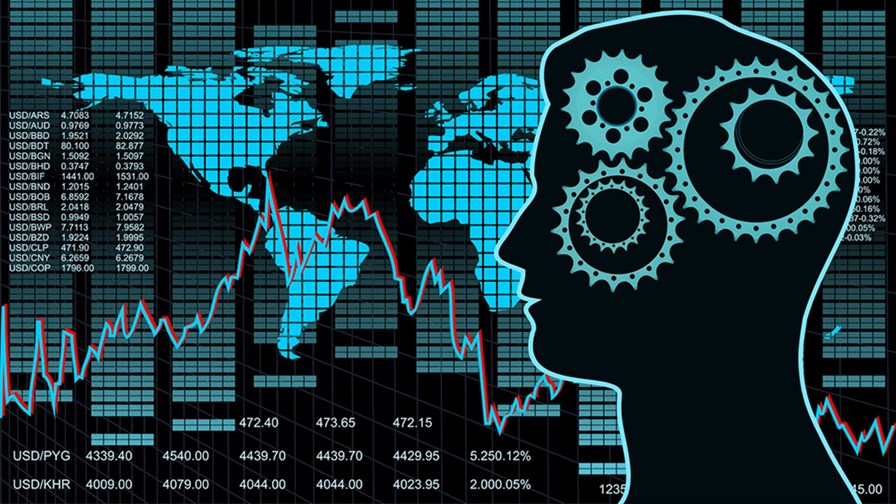 When it comes to telecoms transformation in the cloud it may be that the fleet-of-foot, modest-of size and (relatively) narrow-in-focus are likely to make a better fist of the journey than the large and technically well equipped. Think back to 2015/16/17 and you’ll remember that it was the big boys:  the AT&Ts, Telefonicas and so on who, we were often told, were going to be the standard-bearers for the new virtualisation technologies and business models poised to transform telecoms.

As things look now, however, it looks more and more likely that smaller and more greenfield players will end up leading the charge. Obviously there’s Rakuten Mobile, but there is movement in other areas too. One small(ish) focussed player getting its transformation ducks in a row is London-based Lebara -  one of the world’s largest MVNOs (mobile virtual network operators).

Lebara is well on with moving its entire technical estate into the cloud on Amazon Web Services (AWS) and junking all its data centre kit. It’s now absolutely sold on the idea of becoming completely virtual.

The pandemic played a big part in the enthusiasm since the company was able to keep all its operations going right through the period. It expects to be the first MVNO to be completely cloud based.

We’ll begin at the beginning

Lebara has been in the telecom business for 20 years. While it may be small when set beside a typical national MNO (mobile network operator), it’s actually a big fish in its particular pond with nearly 3 million subscribers.  It’s been expanding  for 20 years now, is operating throughout Europe and beyond with presence in UK, Netherlands, France, Australia , Denmark, Norway, Spain, Sweden and Switzerland. It started in the calling card business  moving into MVNO about 15 years ago, according to Torsten Minkwitz, Group CTO .

“We started in the ethnic segment to start with,” says Torsten, “and the majority of the customer base still has an ethnic background,” which he says shows Lebara has been able to build a loyal following in its various niches.

The dynamic driving the whole  business now, he says, is its maturity. “What you have to realise is that the European mobile market is not growing and is getting even more competitive.” Price intensity rules.

“That means that in our existing markets we need to explain why we should be there” and rather than expansion and growth Lebara is about differentiation and leveraging cost effectiveness," he says.

As in many mature markets, he says, the objective now is to improve already low margins at large scale. That means using new tech to lower both capital and operational costs. The imperative is to use cloud native technology to run processes that used to require specific hardware, software and lots of attention.

One of the key cloudification programmes has therefore involved the virtualisation of the  company’s business support systems (BSS). It’s adopted Openet’s cloud native ‘Evolved Charging Suite ‘for its European territories - this runs on AWS (and is managed by Rackspace).

Lebara is gradually moving everything into and onto AWS, including its “entire IP core”, its IVR services and its international voice features. “It’s not just about offloading infrastructure,” says Torsten, “it’s also the applications and software.”

With the classical telco appliances, he says, any tech operations require constant upgrades:  “Every five years you need to replace your hardware and then your software is out of support and you need to upgrade.”

“It’s all very, very expensive. So of course a lot of our tech capex went into those types of projects which added no value to our customers. And basically in the past that’s been a major part of the workload for our teams, so we’re now moving to virtualised platforms such as what we’re talking about here, where we can do micro-upgrades which can basically be done on the fly without lots of capital spend.”

He says the company is probably saving more than half the capex it would have been spending just to keep things up and running from year to year.  There are still software upgrades, he says, but they’re becoming minor upgrades. “Micro upgrades we call them.”

“No longer are we shifting hardware and ordering new hardware; no longer are we experiencing big technology changes when it comes to new hardware. Typically in the past that meant new integrations with our network partners and so on. We’ve already done that sort of thing with SAAS (software as a service) models where all that stuff has been done by the partner.”

Now he finds the company “just can’t spend money on all that stuff in the background - we need the money to spend on providing experiences, business intelligence and so on.”

But you still have to integrate with the telco, how has that improved?

“It’s still quite a task. However in the past if you were not a big MVNO, you might just have a couple of hundred thousand customers to finance your operation, so it was better to leave all that sort of heavy lifting and integration stuff to specialist companies.  Now, the barriers to entry have come down, due to being able to do all that stuff in the cloud, and it being  much easier to manage.”

“Lebara is big - in terms of customers it is larger than several of the small MNOs in Europe - so for our sized company we can do everything without MVNO enablers,” he says.

So having been in the MVNO business for 15 years, how have things changed?

“It’s mostly that the ‘other side’ - the big MNOs - have learnt working to a deadline. Some things have changed though you still have to test lots of things like the interfaces. That’s still the same. But we’re noticed that some of the MNOs have started to move into the agile world and are taking an aggressive approach towards testing and things like that. The main point is partnership.”

For the MNOs, he says, it’s all about whether they think you, as an MVNO, can bring a lot of subscribers to their network.

“They have a lot of capital invested into the active network and they need to put a lot of load on that. So the question for them is - will we help them with it?” Of course their answer is yes, “ because we can address markets that they can’t in a different form and get customers they wouldn’t otherwise be able to get.”

What’s next for Lebara

“The European market is quite mature and so there’s no hope of explosive growth of any kind on the MVNO side,” claims Torsten. However, there may well be opportunities for Lebara in markets that still don’t really have any MVNOs, he says. “And I think there is an appetite and a necessity to make immature markets more competitive.”