Orange CIO: The only way is cloud native 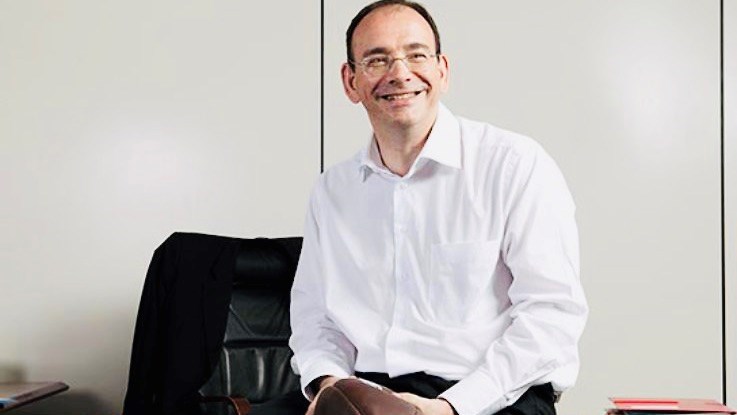 Part of pulling in the same direction is getting on board with the open API and cloud native initiatives being developed under the auspices of the TM Forum, where Souche is on the board of trustees. In particular, he’s keen that operators and vendors alike rally around the Forum’s Open Digital Architecture (ODA), which aims to enable operators such as Orange to build IT systems based on cloud native, interoperable, standardized software components that help them break free of proprietary systems that come with the burden of customization and integration lock-in.

The good news for Souche, and the TM Forum, is that not only are more operators throwing their weight behind the ODA initiative -- BT, Deutsche Telekom, Telefónica and Telenor all recently pledge support – but that major telecom IT vendors such as Amdocs, Netcracker, Nokia and Oracle are also now committing to the cause.

That’s quite a change from just six-to-nine months ago, says Souche, who thinks that the threat of the major webscale companies might have helped to focus some vendor minds.

“The world is changing – for instance, Microsoft bought Metaswitch and it bought Affirmed, and it has the Microsoft Dynamics line of business and it invests in BSS types of solutions and service platforms… these guys will have the all-in-one [solution] right?” he proclaims.

“So if you're a Netcracker or an Amdocs, how should you see that? It's a bloody big risk, right? The only way to counter such a big guy, a monster getting into your culture is to play the industry” and embrace openness and interoperability. “Because if you don’t, you're going to be completely switched out. I think they see the world is moving. Yes, and we all have to enter into a platform game – if we don't, we will be out of business. And if CSPs are out of business, they [the vendors] are out of business. It's in everybody's interest that we survive and that we all make a win-win deal around that.”

And he understands why it took the vendors so long to get on board. “It took time because it's a self-cannibalization type of move for them, because some of them lead with integration services and they can make much more money with that than with licences, but that's a dead business – [operators] are not prepared and not able to fund that… the pressure on margins is such that we need to become much more efficient,” says the CIO.

So what does he want to see from the vendors, the tech suppliers? A proper commitment to cloud native.

“If you look at my cost structure, it's obvious to me that if I really want to attack the TCO [total cost of ownership], I need to go cloud native. The problem I face is that whatever is on the market is not, or very rarely, cloud native. Four years ago I was telling the vendors they needed to redevelop ytheir stuff so that it is cloud native, and they said ‘Yes, we know we should, but where is the P&L? How do I make it work?” That's not a discussion any more. I think every realistic, large scale player went down that path… [but it is] difficult, right? It's not an easy transformation by any means -- whoever says it's easy, that’s just a lie, or they didn't do it.”

And some say they have done it, but haven’t. “We still see cloud native ‘washing’ -- they tell you it's cloud native, but when you drill it’s just the old stuff that wouldn't fly.”

Such discussions are happening less, though. “Now we're testing solutions, not only for IT, but also for things like the prepaid IN, so the real-time strong telco stuff -- how do I have a direct CI/CD pass from their Gitlab to my production [environment]. This is a complete shift of the way of thinking. We have to work this out along the whole chain -- it's not just one guy having to move – everyone has to move. It's us moving and it's the vendors moving. It's the contract guys telling us how we should organise it from a legal perspective and the value split is changing. Everything is moving,” says Souche.

But this also requires new ways of working at the telcos too and it means playing by cloud native rules: Going down this route means there is a very set way to do things, that there is a strict script that needs to be adhered to across a telco’s operations.

“You go on Kubernetes -- don't reinvent the world, everyone is going on Kubernetes, so please, just go on Kubernetes This is a CI/CD, this is the script I'm going to use to deploy it, because we don't want to lose time in each and every one reinventing the bloody script. This is how you're going to manage security. This is how you're going to manage the operations, etc, etc…  The Kubernetes community is enforcing a very, very strong compliance check. How do we copy that? It’s just taking best practices from the industry and applying it in our case.”

And are other operators following suit? Are other operators including ODA specifications in their RFPs so that the industry is going down the same route? Souche says that was “a central topic” at the most recent board meeting of the TM Forum, “and we’re getting there.” Which sounds like there are not as many operators doing it as Souche would like.

But George Glass, CTO at the TM Forum, says he’s seeing much greater buy-in from across the industry, from operators and vendors. He says vendors have been getting in touch to find out how they comply with ODA because it has been specified in an RFP and just saying “We’re aligned with the TM Forum” is not enough. “What we’re actually seeing now is operators running hackathons and asking [vendors] to show how their components plug in and work… that’s a complete mindset shift. And now we have the likes of BT, Deutsche Telekom, Telefónica and Telenor joining Orange and Vodafone saying they are going to follow these patterns.”

The harder part, says, Glass, was “convincing the vendors that they needed to join the party as well… now we’re seeing the major vendors stepping up and recognizing this is the way the operators are going to build their architecture and that they need to align with it or not be in the game.”