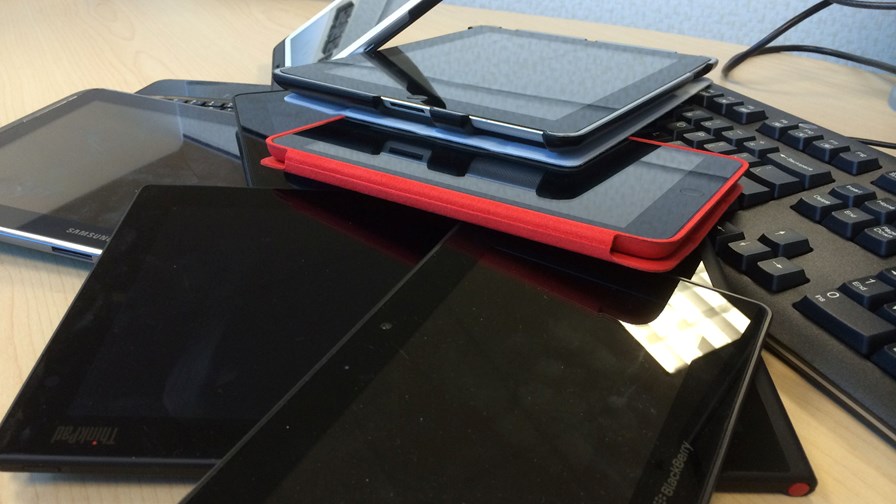 If more proof needed that tablets are not simply oversized smartphones, then here it is. The latest figures from IDC show that only Apple and Huawei made sales gains in the most recent quarter – Apple because, well, it’s Apple and they know a thing or two about the sweet spot between technology, brand and marketing; and Huawei because, well, it’s Huawei and they know a thing or two about shipping huge quantities of product at unfeasibly slim margins. Not even Samsung could maintain any growth.

"The detachable market is at a crucial stage as it has been driven primarily by premium products from Microsoft and Apple and growth has slowed in recent months," said Jitesh Ubrani, senior research analyst at IDC. “The detachable category still has a bright future, provided the performance and software lines up with users' expectations.”

Tablets Shipments Continue to Decline, Down 13.5% as Apple and Huawei Are the Only Top Companies Showing Growth in the Second Quarter, According to IDC

FRAMINGHAM, Mass., August 2, 2018 – The worldwide tablet market declined 13.5% during the second quarter of 2018 (2Q18) as global shipments fell to 33 million, according to preliminary data from the International Data Corporation (IDC) Worldwide Quarterly Tablet Tracker. Slate tablets accounted for the majority of the market with 28.4 million units, down 14.5% from the previous year. Meanwhile, detachable tablets also declined during the quarter largely due to the high-profile product launches in the second quarter of 2017 and the absence of timely updates to those products in 2Q18.

"The detachable market is at a crucial stage as it has been driven primarily by premium products from Microsoft and Apple and growth has slowed in recent months," said Jitesh Ubrani, senior research analyst with IDC's Worldwide Quarterly Mobile Device Trackers. "Though consumers and businesses alike have shown interest in the detachable form factor, those operating on tighter budgets have had very few options available to them and hence some have opted for traditional PCs. However, with the launch of the Surface Go, Chrome OS-based detachables, and hopefully a more affordable iPad Pro in the future, the detachable category still has a bright future, provided the performance and software lines up with users' expectations."

"The first-generation of Windows 10 on Snapdragon detachables failed to impress as sluggish performance and the limited number of available programs and apps prevented the first few products in the category from achieving mass market success," said Lauren Guenveur, senior research analyst for IDC's Tablet team. "However, with Qualcomm's upcoming Snapdragon 850 processor, specifically designed for Always Connected PCs, as well as new tools from Microsoft to bring 64-bit apps to the Always Connected platform, we believe there is a promising future for this line of products. The purported advantages of the platform, including its cost effectiveness over Intel X86 processors, could do a lot to boost shipments of detachables, particularly in the woefully underserved mid-market segment. This segment remains key to the overall growth of the detachable market, one which Microsoft has only started to address with the release of the Surface Go."

Apple 's lead continued unabated. The launch of a newer iPad towards the end of the first quarter, combined with improvements to the OS and the renewed push into Education, seems to be paying off for the company.

Samsung maintained its position as the second ranked tablet manufacturer despite a year-over-year shipment decline of 16.1%. Samsung slate and detachable shipments both declined as Samsung's tablet portfolio continued to age barring a couple of product refreshes in the slate category (Tab A 7.0 and Tab Active 2). Samsung's refresh of the Galaxy Tab S-series, announced on August 1 as the Galaxy Tab S4, will boost Samsung's shipments in the detachables category. However, this may do little to boost Samsung's share in the long run as it faces potential competition from Chrome-based detachables.

Huawei shipped 3.4 million tablets in the second quarter, solidifying its position as the third largest tablet manufacturer worldwide. The majority of these shipments continue to be in Asia/Pacific, excluding Japan, which accounted for nearly 50% the company's total. Although Huawei's detachables shipments remain limited, they grew more than 200% in the latest quarter.

Lenovo shipments remained relatively steady at two million units in the second quarter. This is a decline of 8.4% compared to the same period a year ago, as well as a sequential decline from the first quarter of 2018.

Amazon.com declined 33.5% during the quarter as the company that almost singlehandedly took out numerous whitebox vendors now faces the challenges of a saturated market. The retail giant is slowly expanding to additional markets though the incremental tablet users in those countries has not been enough to offset the decline faced in the U.S.

In May of 2018, Lenovo closed its joint venture with Fujitsu to take over majority ownership of Fujitsu's PC business, which includes a portion of Fujitsu tablets. To avoid confusion, below are two tables that reflect both organic and merger-related growth.