Dead in the water. Google barges are just so much (s)crap 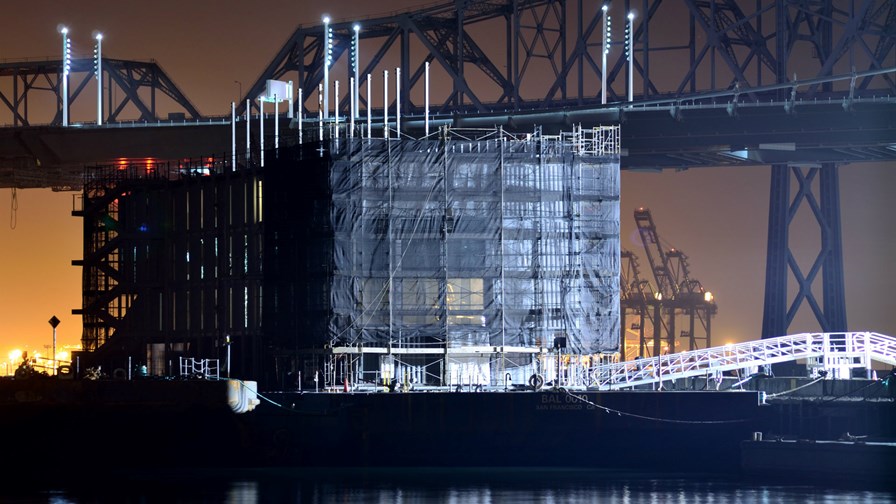 The much-vaunted, never-knowingly-undersold rustbucket "Google barges" that were trumpeted by the Cookie Monster as "unprecedented interactive spaces where people can learn about new technology" in general and Google Glass in particular - but on an "invitation-only" to keep things exclusive and the hoi-polloi at bay (San Francisco Bay being the case in point), have been sold and are to be broken up for minimal scrap value (View - Google enters the Mobile Barge Business and other Tall Tales).

The decision to abandon ships brings to an end a mammoth PR stunt that cost Google a handful of chump change (where then general public were the chumps) and generated millions of dollars worth of free PR and advertising. It's either that or a tacit admission that Google Glass is not selling in anywhere near the numbers the company expected and thus it has decided scale back its Glass hype and submerge the barges vanity project.

The vessels (the West coast one was initially moored at Treasure Island off San Francisco before being towed to Stockton, California, after falling foul of city regulations in SF while the East coast barge was alongside in Portland, Maine) comprise of shipping containers piled up on old steel barges and were to have four decks, three of which would be technology showrooms while the fourth level would be a "party deck". Google even claimed that Stockton's very own 21st century Marie Celeste would have huge masts and sails to allow the gargantuan folly to sail around the San Francisco Bay area as a "temporary technology exhibition space" that would "drive visitation to the waterfront".

"All aboard all aboard for the Glass Bottom Boat. It's the greatest show that was ever afloat." Not

In late October last year CNET journalist, Daniel Terdiman  discovered that the barge construction was being managed by a Google shell company called "By And Large LLC". Film  buffs will recall that in the animated movie "WALL-E" the mega-corporation exploiting the wrecked ruins of Planet Earth was called "Buy N Large". Londoners will also twig that "Buy And Large" can be rhyming slang for "barge. Oh, how we laughed.

The barges cost Google next to nothing. San Francisco public records show that By And Large (i.e. Google) rented 727,000 square feet of barge space at US$80,00O a month and also had to stump up $158,000 as a security deposit. That sum was raised by the simple expedient of raiding the coffee club's petty cash.

When the news got out, San Francisco, then California, then the US and then the world were awash with speculation as to what the vessels were for. Google kept schtum, played mysterious and garnered massive amounts of free PR and advertising - globally.

However, with its usual arrogance, Google didn't bother to apply for permits to moor the barges or to apply for construction licenses for the building of the welded container superstructure and soon the San Francisco Bay Conservation and Development Commission (together with the US Coastguard) were on the case and stopped the Google in its tracks.

Thereafter, with the usual overblown fanfare, Google had the barge towed 78 miles east to the run down inland port of Stockton up the San Joaquin River from San Francisco and promised that work on it would continue forthwith and bring some much needed jobs to the Central Valley. It didn't. Work stopped entirely on October 31, 2013.

The same thing happened three and a half thousand miles away in Portland, Maine. A spokesperson for Portland City Council, Jessica Grondid, commented, "This is a bummer. We were hoping something would have come from this. Everybody was waiting to see what was actually going on." Now Portland has the answer. It is "nada".

According to local media, on August 1 (last week) an un-named "international barging company" paid $4 million cash for the scrap value of the barge and its attendant pile of 63 containers. It has already been towed to the breaker's yard. Meanwhile the Stockton barge rusts quietly at its moorings.

Estimates are that from start to finish the whole barges imbroglio cost the $18 billion valued Google between $35 and $40 million. That sum seems excessive but even if it did spend that much the PR and advertising value of all the coverage the scheme garnered will be many times that.