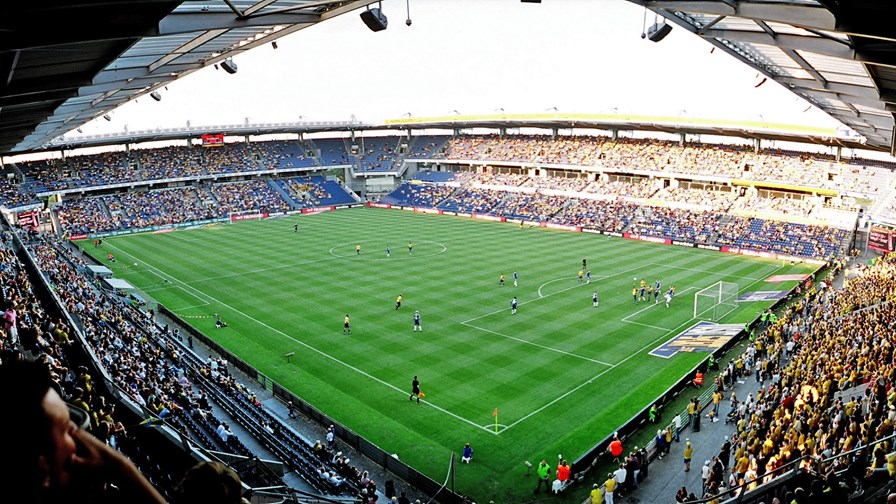 Here is one to file under the "No shit, Sherlock?' category. With less than 10 days to go before the kick-off of the 2014 Football World Cup in Brazil, operators and subscribers alike are being warned that there will be a big surge in mobile data traffic during the tournament. Well who'd have thought it?

There's a mobile data gateway company called Wandera. With a name like that it's head office really ought to be in Bolton but in fact the company is based in London and San Francisco, in the US - a country where, since 1903, the "World Series" (which is a sort of equivalent of the World Cup, but in baseball rather than soccer), limits the concept of "the World" to just North American Major League Baseball.

Wandera is a newish, privately held company founded by Eldar and Roy Tuvey, two ex-City chaps, (that's the City of London rather than Manchester City, Bristol City, Cardiff City or even Norwich City). Their previous venture, ScanSafe, an early cloud computing company, was founded in 2004 and bought by Cisco for US$183 million in 2009.

Eldar, the CEO, is indeed the elder of the two brothers and Wandera is financially backed by Bessemer Venture Partners. In April this year Gartner proclaimed Wandera to be a “Cool Vendor in Enterprise Mobility, 2014". A remarkable accolade indeed.

Wandera says the World Cup will see mobile data usage increase by 40 per cent as more and more footy fans watch both World Cup highlights and even full 90-minute matches on mobile devices over the entire period of the tournament which runs from June 12 to July 13. Wandera's press release is based on recently released research data, "The Allot Mobile Trends World Cup Report" from Allot Communications of Boston, Massachusetts. The company does a lot of that kind of stuff.

The latest Allot report shows that during the 2010 Football World Cup, mobile broadband usage increased by 24 per cent overall with web browsing rising by 35 per cent and You Tube traffic increasing by 32 per cent on mornings after evening games. What's more, mobile devices did not replace viewers watching games on big screen TVs but actually created an entirely new category where the two mediums operated symbiotically with one another and enhanced the individual's enjoyment of the occasion. Armed with a smartphone or tablet a user could watch a match live on the big screen but also, simultaneously, use a personal device to digest match information, and watch and forward replays to friends.

According to the Allot report, lunchtime matches resulted in the biggest increase in demand for bandwidth (up 31 per cent) whilst video streaming and P2P exhibited only moderate increases with 11 per cent and 13 per cent respectively.

Extrapolating from that historical data, and pointing out the huge increase in the popularity of smartphones and tablet devices over the past four years, as well as the availability of 4G and ever more complex apps, Wandera says this years World Cup will be "a watershed in mobile data consumption". The elder Tuvey comments, "For businesses, it's not just the cost of roaming charges that are of concern; the bigger concern is user behaviour. At home or abroad, the personal and professional often blur where company mobile devices are involved. People inadvertently consume large amounts of data because it's not easy to measure like minutes for a voice call."

He adds, “Our most recent report into mobile data usage showed email is frequently being checked out of work hours, however on the flip-side employees also expect to use their work device for personal tasks. We know that sports apps already account for 7% of all mobile data used by employees on their corporate devices, and video usage is on the rise".

Well, someone had to say it, and it certainly worked  as far as Wandera is concerned - there are some interesting insights buried in the body of the report and the company is getting plenty of media coverage and free publicity as World Cup madness begins to spread. But, that said, the whole thing still reads like a release from Monty Python's Ministry of the Bleedin' Obvious.