Zynga: Proof positive that a passing fad is not a sustainable business model? 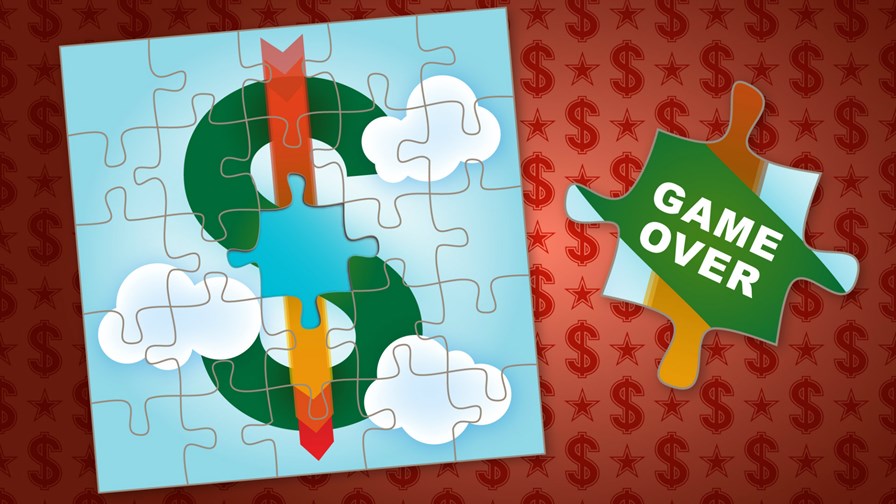 Things are going from bad to worse at social game services provider Zynga. The San Francisco-head-quartered company has been on the slide for a couple of years now, ever since its most popular and iconic game 'Farmville' began to lose its lustre.

And now Zynga has once again lowered its financial forecasts for Q3 and Q4 whist simultaneously delaying the release of some new and much-trailed games. The bad news came during a Q2 results presentation that revealed Zynga had barely managed to squeak into the very lowest end of its earlier predictions for the period. Investors and the markets were unimpressed and Zynga shares fell by more than five per cent.

The fact of the matter is that Zynga is looking increasingly old-fashioned and past its sell-by-date. The Q2 results, through to June 30 this year, show that Zynga made a net loss of US$62.5 million. In the same quarter in 2013 the company posted a $15.8 million loss.

In a note to investors, Zynga said that it expects to post between $695 million and $725 million for the full year. Earlier forecasts has put the range of revenues at somewhere between $770 million and $810 million. Zynga's revised figures will, henceforth, comprise 'normal' revenues plus an additional element from "deferred revenue".

Currently when Zynga sells a game - or virtual products within a game - the company defers the revenue over the average playing time of the game or posts revenues in increments as the virtual goods are consumed. In future these revenues will be posted all at once. No doubt such a strategy will give a quick and positive boost to the next quarter's figures (and maybe the one after that) but later the accounting wheeze could well demonstrate even more starkly that Zynga is indeed a fading star.

Zynga has postponed, until an indefinite date, the introduction of two new games on which many hopes had been riding. 'Zynga Poker' and 'New Words with Friends' are on the back burner, allegedly to allow more time for the company to "improve the quality of the products". What that really means is that the games were going to be rushed out but are so full of glitches and bugs that it makes more sense to hold them back and continue their development them rather than punting out a couple of pigs in pokes that would have further angered consumers and hit Zynga's reputation harder than would an embarrassing but spin-doctorable product release delay.

Tiger, Tiger - burning not so bright

In addition, and in another working example of the truism that 'it never rains but it pours', Zynga has placed much faith and devoted a lot of resources to moving into sports games, a genre it has hitherto eschewed. First up is a golf game and Zynga has entered an expensive and lengthy licensing agreement with Tiger Woods, a man whose game is by no means what it used to be and whose cachet is certainly not what it was.

Zynga's CEO, Don Mattrick commented, "We have not made as much progress as we had hoped. We are purposefully competing and while we would like to be further along, we believe we are making the right decisions to grow our business and unlock long-term shareholder value. While our quarterly financial results were in line with our guidance range, we aspire to do better and improve execution across our business”

Zynga's share price has fallen by 21 per cent in the past six months but Mr. Mattrick's pay package for this year remains at $57.8 million. He also got a $5 million bonus just for taking the job. What's more, the board gave the new CEO a massive restricted stock grant rather than linking his options to employment performance and share price. "Why?',shareholders and the markets are asking - as well they might.

Mr. Mattrick left Microsoft to take over at Zynga 13 months ago when Zynga's founder, Mark Pincus, was ousted. Since then Mattrick has swung the mattock, cutting jobs and costs and closing games and generally bathing the company in blood - but to little avail. Zynga shares remain stubbornly in the doldrums having moved scarcely at all in any positive direction since he arrived. The company is also way behind in terms of mobility - a glaring omission that is costing it dear.

On top of that Zynga's future looks far from rosy for another and fundamental reason. Gamesters are fickle. No matter how popular a game may be when it first hits the market they soon tire it and move on to something new - for a while. Then the cycle repeats itself - ad nauseam and in perpetuam.

What's more, many games simply take up too much time and effort. They demand a commitment that wanes and consumers get angry about being suckered-in to seemingly endless payments required simply to be able to continue to play. Zynga is one such company that is frequently excoriated on the Web for its perceived greed. Punters, once they realise they are being exploited as milch cows, quickly vote with their feet and their wallets and many angry Zynga users have abandoned the games and the company altogether rather than risk falling for another Zynga come-on and then finding themselves caught-up in the greed trap all over again.

To make matters worse, Zynga also closed some games down with little or no notice. The result was that players lost real money they had invested in virtual products - and there was no redress. How's that for good customer relations?

The truth is that a passing fancy doth not a business model make. In 2009, Farmville was the most popular game on Facebook. Now it is at Number 73 and falling fast. Yet, somehow, investors blinded by the dollar signs flashing on the inside of their eyelids, still pump in money and force company valuations up to absurd and unsustainable levels. And on it goes. And here we go again...