What’s in your wallet? Oh, you don’t have a wallet anymore… 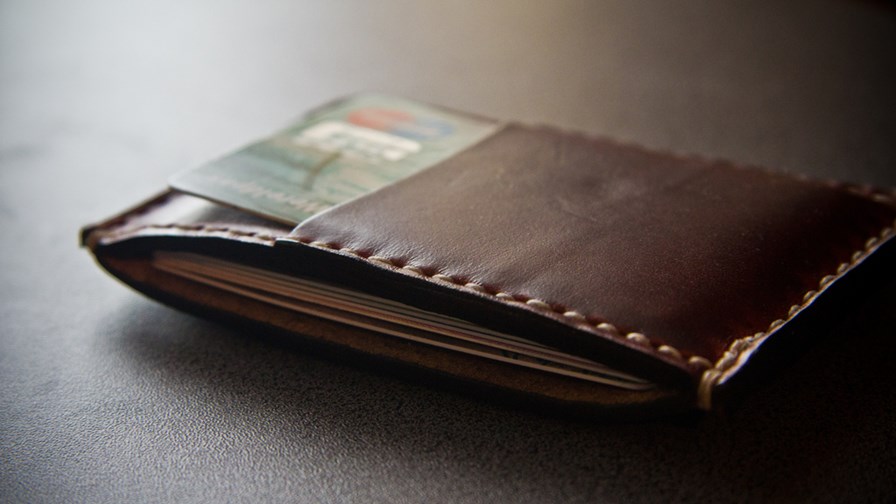 What’s in my wallet? Perhaps not a Capital One credit card from back in the day (for those who remember that advertising slogan), but certainly several other cards and the odd banknote or two. But we’re told that this is all about to chance; that we’ll soon have digital wallets accessed via our smartphones.

Digital wallets are, of course, nothing new, having been around for about as long as NFC. Yet, just as NFC has failed to gain the major traction we were all told it would, so too have mobile wallets. Whilst the mobile industry has managed to partner well with several other verticals, it does appear to have a problem with the financial industry.

Still, there are plenty of upbeat forecasts out there. For example, Juniper Research has released a report this week that finds that one in five mobile handsets will have mobile wallet functionality by 2018, compared with less than one in ten at the end of last year.

This laggardly acceleration will be two different factors: in emerging markets, SVAs (Stored Value Accounts) will enable first time financial access for the unbanked, with “a surge in deployments across sub-Saharan Africa, developing Asia and Latin America”. However, in North America and Western Europe, new mobile wallet launches are expected to feature improved contactless payment functionality, such as the telco-unfriendly HCE (host card emulation)-based NFC, with “over 50 per cent of wallets in developed markets featuring contactless payment by 2018”.

The report also claimed that the mobile wallet profile would be bolstered through high-profile P2P (person to person) payment initiatives such as the UK’s Paym, which will be integrated into customers’ existing mobile banking or payment apps as an additional way to pay. Also, the mobile P2P market in the US is being driven by a number of start-ups, such as Venmo and Dwolla, which target younger demographics.

“While P2P mobile payment services have struggled to gain traction in developed markets, financial institutions are keen to commit to them as they can serve as an attractive value-add to consumers in an increasingly cashless society,” said report author Windsor Holden.

One high-profile mobile wallet company that is taking its time coming to market is the US-based Merchant Customer Exchange (MCX). It announced plans to release a retailer-backed mobile wallet two years ago, but we’re still waiting.

At stake, though, is entry into a highly lucrative market. One of the reasons MCX has garnered so much support from major US retailers (such as Best Buy and Walmart) is that they see this as a way to end the dominance of the card providers, such as Visa and MasterCard, all of whom charge fees to retailers for payment transactions. If they can create their own payment network, that means some serious potential cost savings – as well as access to some equally serious big data.

And whilst HCE-NFC requires retailers to upgrade their point-of-sale terminals to include contactless readers (and other research suggests that even in the US only 50 per cent of terminals will be enabled by the start of 2016), MCX has decide to use cheaper QR codes.

If they can pull it off in the US, MCX wants to extend the mobile wallet wordwide and become a global payment company. But it’ll be far from easy. Last week, Square threw in the towel on its mobile wallet app, and will now look at advance ordering – despite the fact that such services rely heavily on cafes and restaurants having to change their process and workflows to have good instantly ready for collection.

All of this assumes that retailers have a good grasp of how mobile payments and transactions could work. For some, ‘mobile’ still means driving a van around town.

Take London-based high-priced shirtmaker Thomas Pink, for example. The firm has just announced a new service that for those poor souls in central London who spill coffee on their nice white shirts and simply must change it at once – with a brand new one, obviously. These bankers (and let’s face it, it’s going to be bankers) simply have to call a hotline number (or have their PA do it for them) and a new, white £90 shirt will be with them in just 90 minutes. Why bother with washing off the stain when you can throw it away and have a new one?

“This is a genius idea,” said Gustavo Gomez, director of research and methodology at New York based retail consultants Envirosell.

Given that reaction, we suspect there’ll be more mobile wallet start-ups and joint ventures going to the wall before mRetail and mPayments become mainstream.