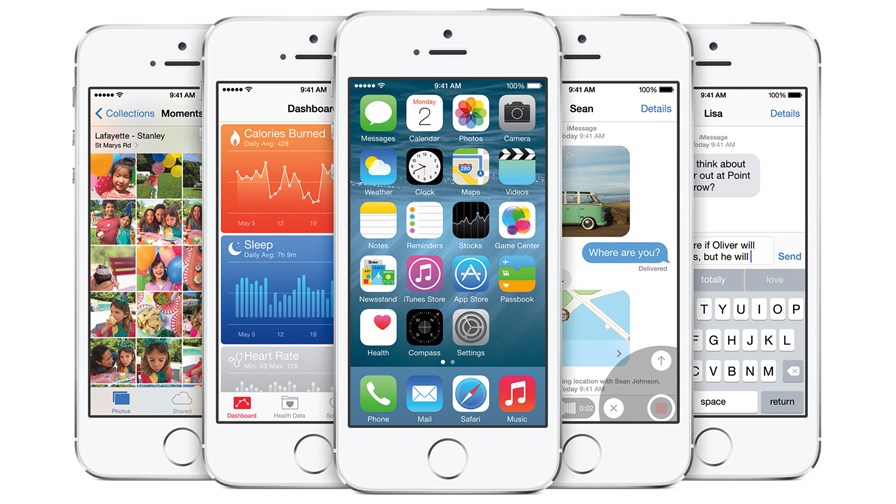 Apple executives took to the stage at the Moscone Centre in San Francisco yesterday on the opening day of the company’s annual Worldwide Developers Conference (WWDC). Over the space of two hours, they introduced a new desktop OS – OSX Yosemite – and the next iteration of its mobile operating system – iOS8. Both upgrades will be available to download for free later this year.

Amongst numerous new features and processes, two in particular stood out as significant: an overhaul of its cloud service and a ‘continuity’ feature that strengthens the relationship between desktop and mobile.

Whilst OSX and iOS are two separate operating systems (unlike, say, the approach being taken by Microsoft with Windows), the two have significant similarities. This was emphasised during the keynote when SVP Craig Federighi started to compose an email on an iPhone, and then completed and sent it with a desktop Mac. In other words, Apple’s first glimpse of interoperable, cross platform apps. This functionality is also available in its Safari browser and its Message app (which now also allows SMS texts to be received on desktop/laptop Macs).

Apple calls this ‘Handoff’, and announced that it was part of a broader ‘Continuity’ feature.

Of course, Apple carefully rationed the amount of information it was willing to publically divulge, and there are many more questions than answers at this time. The likely scenario is that this functionality will first be introduced in Apple’s core apps. In fact, Apple made a conscious effort yesterday to focus on its own apps, to shore up its core service offering after recent problems with both Mail and Messages. However, Apple has said that developers will be able to incorporate Handoff in their third-party apps.

Whilst the ‘anywhere’ apps are separate applications, written specifically for their respective operating systems, the new versions facilitate the sharing of data. In itself, that’s nothing new, Google has been doing it for years with its email client and Google Drive. But Apple has introduced a proximity feature and (by the looks of the demos) made the process seemless.

What Continuity also does is help persuade consumers that they need the full suite of Apple products – no point having a MacBook Air and an HTC One, or having an iPhone and a Chromebook. To make Continuity work, you need to be 100 per cent Apple.

The second major announcement concerned iCloud. No one vendor has yet cracked cloud storage, and persuaded consumers to move away from local storage. To date, iCloud has been too vague and confusing for most users, with plenty of barriers to making the switch. Yes, it works far better on iOS devices, where documents are tied to specific applications, but in the Finder-centric world of the desktop, it’s been disappointing.

What Apple has now done is try and make Cloud invisible. If it can fully integrate it into its operating systems, then we’ll all use it and won’t feel the need to subscribe to third-party services. It also appears to have thrown in the towel regards file management structures and decide that what consumers want is a desktop file structure in the cloud.

Its new iCloud Drive is a cloud-based file management system that will be available on both iOS 8 and OSX Yosemite, will work with third party apps and will run on Windows 8. An iCloud folder is integrated into the Finder, and all files stored there are synced to iCloud Drive when there is an internet connection. All files can be viewed across devices and edits are automatically synced to the cloud.

It has also dropped the price of storage to under $1 for 20GB a month, or $4 for 200GB, which brings it more into line with its competitors. We think it could have gone further though, and made the service free. If it took the hit and gave away, say, 100GB to all OSX and iOS users, then it would truly disrupt the cloud market and strengthen its hardware sales. We still believe this will happen at some point.

Its cloud features now extend into email, with MailDrop. Anyone who has had to resort to Dropbox or WeTransfer to send large attachments can now do this within the Mail app. Large attachments (up to 5GB) and sent via iCloud and then hook up with the email upon reaching the recipient. It also works if recipients use third-party email clients.

Next year, Apple will launch its iCloud Photo Library, which automatically uploads all photos taken on iOS devices to iCloud, making them available for viewing or editing on all devices, including Mac OSX. Original resolution images will be stored in the cloud, with device-optimised versions remaining on your phone or tablet.

Apple also announced that it now has 4,000 APIs available for developers. These include new collections that include access to the Touch ID fingerprint reader, manual camera controls, and new services including the much-rumoured HealthKit and HomeKit. It has also developed a new programming language, called Swift, which it says makes it easier to develop Cocoa-based apps.

It also announced CloudKit, which is a free (subject to usage limits) developer framework for creating apps that use iCloud. The move is in response to developers currently having to use Amazon Web Services or its Google and Microsoft rivals. Further evidence of its determination to increase cloud usage. The idea now is that Apple handles all of the server-side work, freeing developers to focus on client-side work.

In doing all of this, and bolstering its core services, Apple is looking to reduce the need for its customers to use competing products. Apple struck gold with its ‘locked-in’ business model – it’s not about to change course.