Apple brings its payment service to the UK, but Barclays refuses to join in 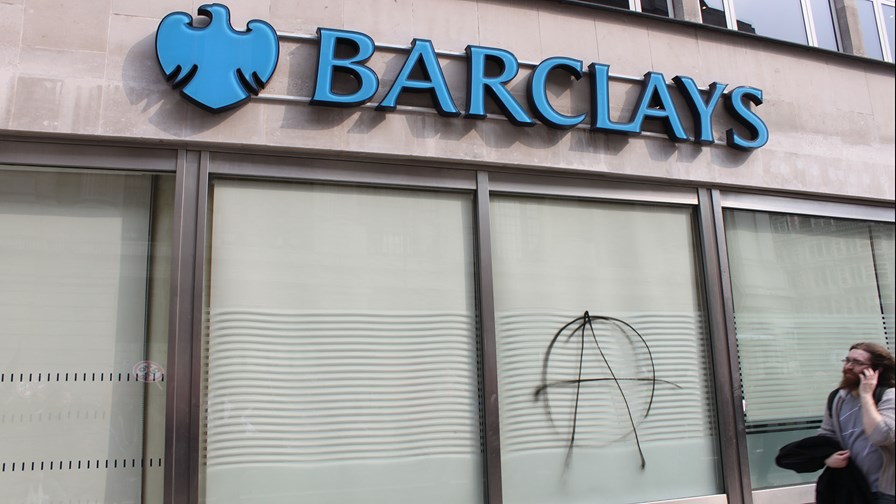 During yesterday’s keynote at Apple’s WWDC developer conference in the US, the company unveiled new operating systems for its Macs, phones and watch; a new streaming-based music service; and a new approach to news delivery and consumption. But perhaps the announcement with most impact on our industry was the news that Apple Pay is finally spreading its wings and will be launching in the UK next month.

It would be fair to say that, from the limited information Apple has released and analysis from the retail sector, Apple Pay has been a relative success. Not a stellar performance yet, but far better than rival systems.

Apple Pay launched last October with 200,000 locations in the US and the company says it will soon surpass one million. The number of smaller retailers may increase with the news that Square will launch a new Apple Pay-ready Square Reader this autumn.

And so Apple has decided the time is right to try out its payment service outside the US. The choice of the UK is interesting; yes, it has a huge installed base of Apple users, but it also has a well developed contactless payment structure in place, with most retailers (sole traders being the exception) equipped to deal with “tap to pay”.

Apple has also received the almost universal support from the UK’s banks. Almost, that is, as Barclays has refused to join in the fun. Disclaimer time: many, many years ago I worked briefly for Barclays as a graduate trainee, when banks were still well regarded by the public and they conducted themselves with the upmost probity. Today it’s a different story. The once-great Barclays Bank was fined £1.53bn last month for rigging foreign currency rates, a further £38m last September for putting clients' assets at risk, another £290m in 2012 for fixing Libor rates, and not forgetting £500 to the tax collector in 2012 that it tried to avoid paying.

And this is the bank that has decided that its long-suffering customers will be denied the choice of using Apple Pay – a choice all of its many rivals are giving to their customers. What hubris.

“As part of our goal to be number one, we are absolutely focused on giving our customers the best and most innovative experience possible,” said Ross McEwan, CEO of the far more enlightened (although it too has suffered its share of huge fines) Royal Bank of Scotland. “Whether on the high street, in a small shop or on the go within apps, Apple Pay offers a simple and secure way to pay. We are pleased to be among the first UK banks to offer this service to our customers.”

Yes of course, you need a new iPhone 6 or 6 Plus (or iPad Air 2 if you really must) to be able to use Apple Pay, as there is no NFC support in earlier models. But give it a couple of years and that will mean most iPhone users, as upgrade cycles kick in.

At launch, Apple says over 250,000 locations in the UK will accept Apple Pay. These include national retail chains such as M&S and Boots, food outlets such as Pret A Manger and McDonald’s, coffee chains such as Costa and Starbucks, and supermarkets LIDL and Waitrose. Transport for London will also accept Apple Pay for its expanded contactless payment system on tubes and buses. Apple Pay also works as an in-app payment mechanism, and there are plenty of apps (including several high-value travel apps) that have already added support.

So, will Apple Pay work in the UK? I’m sure it will, but as we are already highly versed in using our chip and pin contactless credit and debit cards, the concept of “tap to pay” isn’t as revolutionary as it is in the US market, where the magnetic stripe still rules. It may well be the case that instant, small transaction purchases catch on first – in other words, grabbing a coffee when you already have your phone in your hand, where tapping the phone will be quicker and easier than fumbling for your wallet or purse – but grocery shopping in Lidl or clothes shopping in Marks & Spencer, perhaps not.

Of course Apple’s long term game is to replace the wallet, removing the need for us to carry lots of different plastic cards with us (although removing the need for physical money is still a huge way off). If we start using Apple Pay for App-based purchases, rather than having to complete numerous data entry forms and billing details, then perhaps we’ll achieve the necessary mind-change for phone-based payments to truly take off.

As for the telcos, this is really just another nail in the coffin for their payment ambitions. We saw what happened to Weve last month. Host card emulation systems, such as Apple Pay, are decidedly telco-unfriendly – there is no place in the value chain for a mobile network operator or service provider. Telcos need to rethink mobile payments, because they don’t stand a chance of succeeding against the likes of not only Apple and Google, but the retailers themselves.

And then there’s Zapp – a mobile payments system from Vocalink, which created the Faster Payments Service, and which is owned by all the major UK banks (including, you guessed it, Barclays…).

Zapp will be built into the mobile apps of the banks, and will provide real-time payments between consumers and merchants at the point of sale and also online. It should work with NFC, Bluetooth, QR codes and PIN-entry point-of-sale terminals. I say should, as Zapp has been delayed since last year. However, the retail launch partners are different to those of Apple Pay (e.g. Asda and Sainsburys) and so we could be set for a major showdown. Zapp is scheduled to launch later this year.

A final note: a survey by Zapp last December revealed that 21 million UK consumers (44 per cent of all bank account holders) will switch banks to access mobile payments. But can the banks come up with their own winning solution? Mobile payments are here, there is no turning back, so deal with it. Knowing how exactly mobile operators should deal with it though is another matter.