Why Content is King: Part 3. Why it may not be for much longer 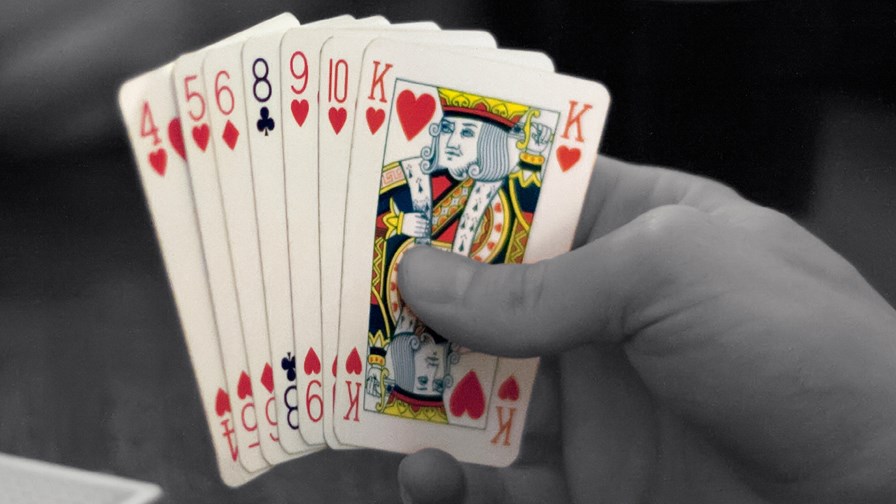 Is compelling content ownership the promised land for the converged service provider? Is it the magic ingredient to keep the customers loyal and the revenues flowing when all else - services, access, infrastructure provision - is subject to relentless competition?

In fact there are early signs that the big bundle concept (that’s the thing the premium content is supposed to underpin) is already suffering.

News outlets report this week that all the major US media conglomerates saw their share prices drop sharply in response to a wave of concern over the future as evidence of sustained ‘cord cutting’, ‘cord shaving’ and  ‘skinny bundle’ adoption in the US came in. Observers attribute the mild panic to a drop in confidence over the long-term health of the pay TV ecosystem. If you’re all dependent on an ecosystem, you all go down together when it goes pear-shaped.

Given this  it’s hard to see why the compelling content owners won’t eventually wake up and disintermediate the content packagers (which, in an OTT neutral network world, is what the likes of BT, AT&T, Altice, Verizon etc have become) and market their content directly to their respective publics.

Let’s take football (soccer, to you Americans). In the UK and in many other countries, football is THE big content draw. Nothing matches it. It was the key to the success of satellite operator Sky and BT hopes it will also be the key to its successful attempt to knock Sky off its geostationary perch.

But if the FA actually took control of the output (rather than auctioned it off) it could logically  make bucket-loads more cash and - as we live in an increasingly ‘OTT’ world - sooner or later the people who run the Football Association are going to ask each other: “We know BT and Sky pay us a lot for TV rights, but they are raking in even more in advertising and subscription revenues. As most of its running over the Internet these days we could take control of the content and go direct to the fans ourselves.”

“But we don’t know anything about TV production,” says the stock person who, usefully, always objects to things in meetings.

“We don’t have to, we’ll pay production companies to do all that stuff.”

Right on cue the US National Hockey League has signed a six-year deal with Major League Baseball Advanced Media (MLBAM) under which MLBAM takes over distribution and operations of NHL’s online subscription services, including those engineered via pay-TV operators. And it takes responsibility for ad sales. In return NHL gets a stake in MLBAM, which is also due to be spun off  from Major League Baseball.

What emerges is a new position in the value chain, with MLBAM becoming a multi-platform distribution company and maintaining an intimate relationship with the rights holders.

Observers say this new business model has the potential to undermine the place of the pay TV providers by changing the way TV rights deals are done. In the past the network that paid the leagues and rights-holders the most would win the content and that meant that  their ‘non-sports’ customers had to pay big money for the big bundle - they had no choice when all the pay-TV subscribers received sports networks. But  the plethora of OTT options and cord cutting is changing all that. Pay-TV networks are effectively being disintermediated.

A set of Virtual turnstyles?

The telco business seems stuck on one overriding idea: that it needs something to ‘monetise’ if it’s to justify infrastructure investment. Just selling network capacity, goes the line, is not enough to make a sustainable business.

This is a regulatory argument rather than a business one and it’s used and re-used at every regulatory juncture and deployed to ‘wac-a-mole’ every potential disruption.

Boil it down and what we have is an effort by telcos to find or hold onto a squeeze point. That is - something that can move the needle in the provider’s favour when it comes to the subtle art of pricing and negotiating a service with a customer.

The ‘something’ used to be blunt monopoly backed up with the concept of capacity shortage. Nothing subtle about it and very effective. It kept prices high and profits reasonable. The only thing to fear was the regulator.

But as network competition, open access and unbundling was introduced, the monopoly-driven squeeze point became somewhat harder to arrange. Fortunately, while straight monopoly was out, oligopoly and price pumping via spectrum ownership, roaming, voice accounting rate agreements and all the rest, was available. These helped maintain a handy range of squeeze points to play with.

Now, with Net neutrality underpinning open access, the option to squeeze money out by discriminating to ‘monetise congestion’ appears to have gone too.

In the very short term, perhaps it can.  But in the longer term, as the US experience is already beginning to show, content too might only carry the crown for a short period.