Takeaways from MWC19: Strategic partnerships can be deceptively deep 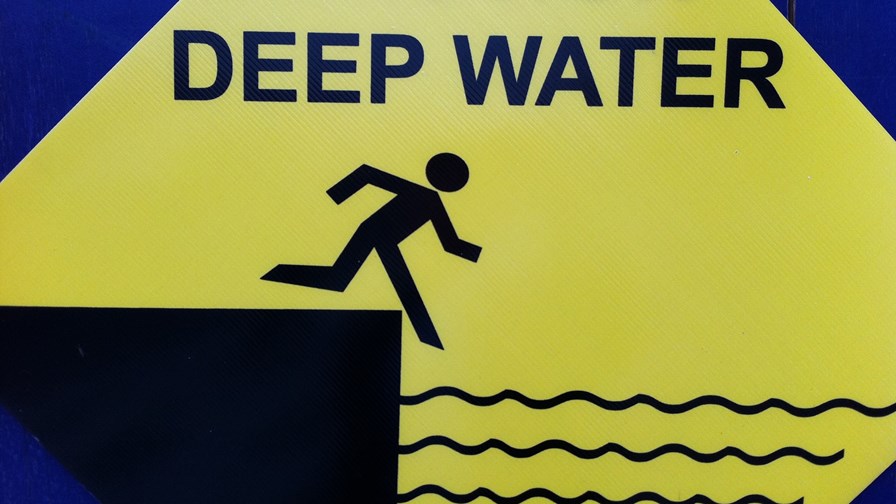 The sheer volume of strategic partnership announcements in the days before, during and after this year's Mobile World Congress emphasises the increasing importance that telcos place on working together for mutual benefit.

But many of the announcements themselves tend to be light on detail, outlining the areas of cooperation but not setting any concrete objectives or explaining the practicalities. Given telcos' patchy track record of working with one another, it would be easy to write off a strategic partnership announcement as just another way of trying to grab some attention at the year's biggest telco show.

That might be true to an extent, but the reality is that sometimes there is an upside to being a bit vague.

"You very rarely get people telling you what their objectives are, and that either means they're secret or there aren't any, or that they're loose," said Andrew Collinson, research director and partner at STL Partners.

He explained to TelecomTV that sometimes looser arrangements are in both parties' best interest. "If you tie things down too tightly, you can end up falling out over the contract."

While it is encouraging that telcos from opposite sides of the world have agreed to work together, the announcement does not address any of the obvious practical questions it raises, such as where and when is this joint work supposed to be carried out? What do they hope to get out of it? Who from Orange and NTT will participate? In what language will they converse? What lessons can Orange take from NTT and apply to the French market and vice versa?

Like Orange/NTT, SK Telecom and MobiledgeX have shared roughly what they plan to do, and said why they think it is important to work together, but not really given a sense of how the strategic partnership will function, or how they plan to overcome any barriers, such as distance, language, culture and working practices.

Collinson is not privy to either agreement, but he did offer some thoughts on how the respective parties in 'light-touch' partnerships stand to benefit.

"Most people can learn from an additional degree of diversity in their knowledge, and it may be something unexpected that gives you an insight," he said. Just sharing high-level data a few times a year can be valuable because it can help a telco make better-informed investment decisions, which can save them a lot of money.

"If you look at Intel, Google, Facebook and so-on, they're all spending a lot of their opex on research and development. Telcos are not," said Collinson (see chart).

Instead, they've essentially outsourced their R&D to vendors, "so they're a little bit stuck when it comes to inventing new stuff. 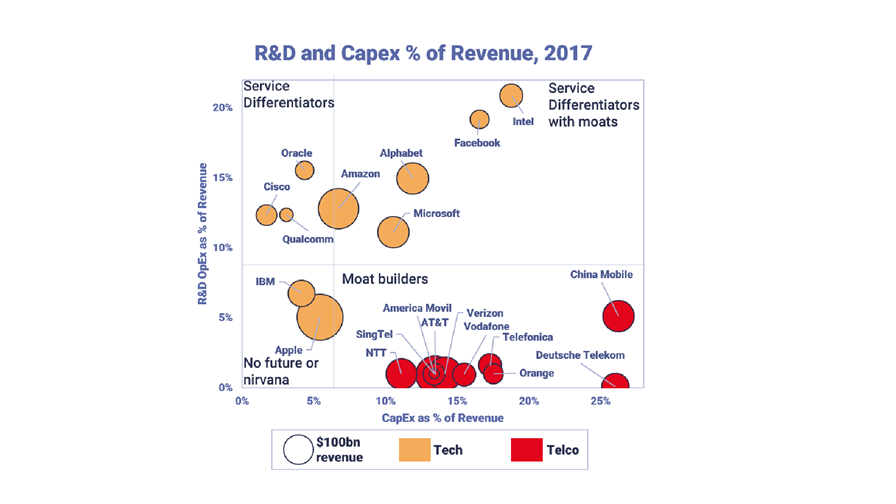 "With the kind of budgets they've got, they need to make their money work harder for them. The only way they can do that without spending more money...is to do so via partnership," either with another telco or with one of the Internet giants.

Indeed, Telefonica made a big deal at MWC of its expanded agreement with Microsoft that covers the development of new smart home and self-care services based on the Spanish incumbent's Aura digital assistant, powered by Microsoft Azure.

The logic behind deals like this is clear and the objectives for each party are easier to identify. Microsoft gets a channel to market to help it compete with rival AI players like Google and Amazon, while Telefonica benefits from Microsoft's R&D, in turn helping it to launch new services and compete more effectively for customers.

Whether a strategic partnership is somewhat nebulous or has obvious goals, just a willingness to partner can be taken as a positive sign for a telco.

"The best predictor of a company's overall agility, is its ability to bring on board a new partner," Collinson argued.

"The reason for that is because it tests a lot faculties and competencies in the company. It tests its technology, its commercial arrangements, its people and how they operate. If they can bring new partners on quickly it means they've got a reasonably lean structure and they're agile enough that they can do this stuff."

A willingness and ability to partner can also be viewed as a strategic imperative for any telco that wants to be more than simply a bitpipe.

"What's happening in today's world is all the boundaries are breaking down and information and goods are flowing across those boundaries," Collinson said. "You've got this big change going on and until recently, the telcos' model has been 'lets shove all the money into the network' and actually, is that going to work in this new world?"

A selection of strategic partnership and alliance announcements in and around MWC: