Jeffrey Skilling is a free man after 12 years in prison. Who? 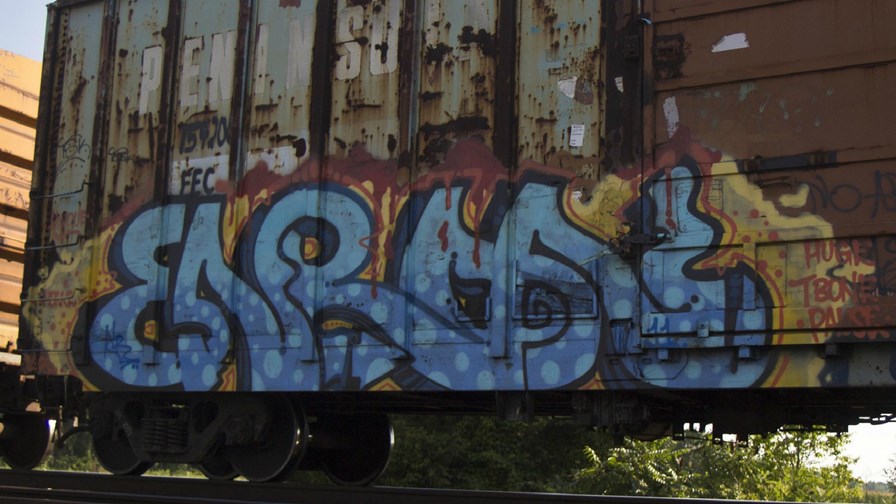 Who remembers Enron? But a distant memory now, but in its time - from the mid 1980s through to the 2001 - Enron was so front of national mind in the US that it was even tagged on rolling stock, as above. It became the biggest bankruptcy in  US history, in part because of its attempt to create a huge trading business around bandwidth.

The company officer who took much of the blame was one Jeffrey Skilling, Enron’s CEO, who was this week released after 12 years in prison. Skilling, now 65, was originally convicted of 12 counts of securities fraud, five counts of making false statements to auditors, one count of insider trading and one count of conspiracy in 2006.

He was originally sentenced to 24 years in prison and fined $45 million, but that sentence was reduced to 14 years. Enron chairman Kenneth Lay was in the dock with Skilling and was also found guilty, but escaped sentencing by the expedient of dropping dead from a heart attack.

Is this story relevant as we head into the next phase of network expansion? There are huge expectations for 5G, IoT and AI, could we all get over-expectant again? Perhaps there is a lesson to learn from the Enron crash - you decide.

Enron was a huge corporation that it believed it had worked out a formula to create liquid markets out of what were formerly very old fashioned concrete markets. It started out in the early 1980s piping gas around the US but then, with the help of consultants McKinsey, it developed into a sort of market maker for energy commodities by ‘atomising’ industries and then enabling trading and futures over them. Nobody was quite sure how this worked as well as it apparently did, but somehow (with the help of much accountancy engineering as it eventually turned out) it made vast profits doing whatever it did.

As well as energy dealing it also got its hooks into network capacity and bandwidth which, it reckoned, could also be ‘atomised’ into profitable trading parts. A bright future beckoned.

Oops. How could it happen?

At the time, about 1999 I guess, I spent what I thought was an enlightening hour or so with one of Enron’s eager evangelists who laid out the fundamentals. Bandwidth, he explained, could be made “fungible” and useful things like future pricing could be determined and bandwidth futures could be traded. It was all terribly exciting.

Enron turned out to be one of the worst disasters in US corporate history. It apparently racked up profits where none, really, were to be had. And then, of course, the inevitable crashing and burning horror story played out.

When Enron tipped over it took thousands of staff and their savings and hopes with it.

I’m not sure how much of a part the bandwidth trading played in Enron’s downfall, but as things have turned out it’s clear that bandwidth and capacity is not a tradable commodity in the same way that pork bellies or orange juice was and is. Perhaps bandwidth doesn’t respond well to being mistaken for a pork belly.