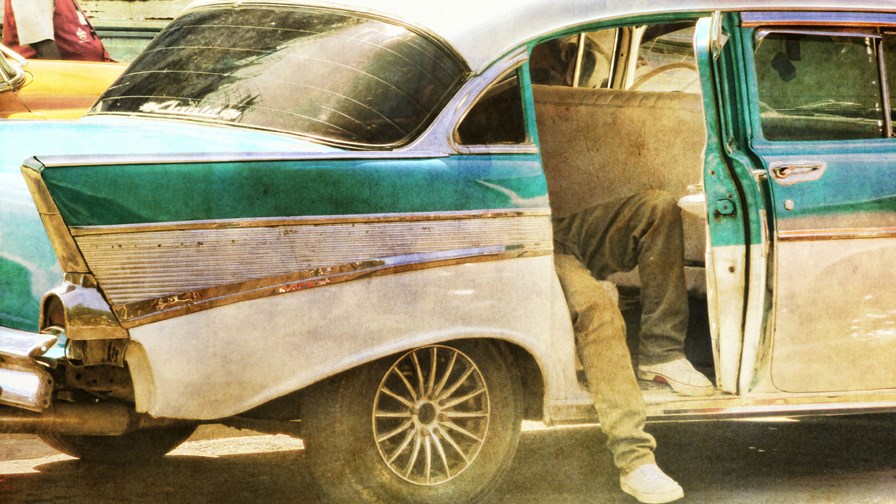 With the recent slight thawing of the long-frozen relations between Cuba and America, US telcos and equipment manufacturers were hoping to make money from the long-awaited 'peace dividend'. However, that hope seems to have been both premature and misplaced.

Telecommunications in Cuba is in a parlous state after more than half a century of under-investment by the Cuban authorities and the effects of the long-entrenched US economic blockade. It's a massive opportunity and the likes of Verizon, Google and others are lining up to invest in, what is to all intents and purposes, virgin mobile territory (if you'll forgive the pun).

However, the Cuban government still regards telecommunications infrastructure as a strategic national asset and remains loath to allow to yanquis operators to get anywhere near it. The Cuban Ministry of Communications is a powerful long-term player in the government's sprawling and very controlling bureaucracy and is particularly jealous in guarding the tattered remnants of the country's fixed line PSTN, as is the state-run monopoly operator, Empresa de Telecomunicaciones de Cuba SA. (ETECSA).

ETESCA is equally reluctant to cede or share power (literally and metaphorically) in mobile telephony and seems little concerned that the rest of the world regards and uses telephony as a major driver of economic growth. Evidently old habits die hard - although Google has somehow managed to open up a few wifi hotspots here and there in Havana so there is a glimmer of hope of greater change. But when the manifold revelations of whistleblower Edward Snowden are taken together with the history of belligerence and dirty tricks that has tainted US/Cuban relations over the past 50 years and more, it's hardly surprising that suspicions run deep.

For the bulk of the Cuban people access to broadband and thus the limited subset of the Internet that the authorities allow its citizens to see remains a pipe dream - and a prohibitively expensive one at that. ETESCA maintains a hammerlock on such web access as there is for the average Cuban citizen and the idea that the public might have unfettered access to broadband remains anathema to the government of Raoul Castro.

Simultaneously though, the Cuban authorities are only too well aware that, if the country and its battered economy are to develop, progress and attract overseas investment, the provision of modern telecoms is a vital prerequisite. And that can't be provided without loosening the constraints that have been part and parcel of everyday life in Cuba since the early 1960s.

A long history of mutual mistrust

The fact of the matter is that, these days, international commerce is simply not feasible without the Internet and although many North American companies want and would like to do business with Cuba, they won't be able to do much of it in any meaningful way unless the Cuban government permits the deployment of broadband infrastructure and secure access to good connectivity.

In 2014 the Obama administration began a limited rapprochement with Cuba and the first trade deals soon followed, but only in very limited spheres. First came a relaxation of the prohibition on direct commercial flights between the US and Cuba when eight American airlines were granted permission to carry passengers to and from the island. Then, later, some US-headquartered hospitality companies got permission to take over the management of a few, big, Cuban hotels. More recently still various US cruise lines have now added Havana to their list of Caribbean ports of call and, as mentioned previously, Google wangled a deal to deploy some wi-fi hotspots.

The easing of relations also permitted some carriers, including T-Mobile US, Sprint and Verizon, to conclude interconnection and roaming agreements for US visitors to Cuba but it seems that direct involvement by US carriers, service providers and equipment manufacturers in Cuban telecoms is still a step too far. Indeed, the government there has only very recently reiterated its concern that allowing US companies into what it regards as 'strategic' industrial sectors is a slippery slope that, in time, could lead back to the sort of economic hegemony the US had over the island back in the 1940s and 1950s.

Broadband: a dream that won't be realised nay time soon

Nonetheless, the Cuban government accepts that it will need vastly better telecoms infrastructure and services if it is to realise its goal of improving Cuba's education, transportation and communications systems and a phalanx of US industry groups and lobbyists continue to petition the Congress to move swiftly to increase and ratify bilateral trade deals between the erstwhile enemies.

Cuba is a big island, just about the same size as mainland Britain, but the population of 11.5 million is abysmally  served by telecoms and such mobile services that do exist are antiquated 2G voice services (only the politically favoured get 3G access and even that is limited and minimal) of the sort that were common in the west 20 and more years ago. No wonder American telcos and device manufacturers want to get into what is basically an untapped market on the very doorstep of the US. They'll have to radically reduce their prices and expectations of profit though. At the end of 2015 the average monthly wage for a Cuban worker was 687 pesos - roughly the equivalent of US$25!

An additional concern is that the Cuban government's current plans to extend both wired and wireless broadband access are modest in the extreme, so modest in fact as to be all but invisible. Late last year ETECSA announced unambitious plans to upgrade just 100 base stations across Cuba to 3G capability over the course of 2016. However, it refuses to confirm or deny whether or not it is on target which means we can take it that it isn't because if it was it would be trumpeting the news from the rooftops.

The mountain that Cuba will have to climb before it can claim to be a broadband nation is immense. It is hard to tell whether it is an absence of drive combined with the stifling deadweight of centralised bureaucracy on the part of the Ministry of Communications and the Cuban government or the sheer lack of hard currency and other resources that are the biggest problem but the current five year telecoms development plan calls for all government offices and agencies, banks, post offices, health clinics and scientific, cultural and sports organisations and centres in Cuba to have 'at least' 256 kbit/s 'broadband' connectivity by 2020. Yes, you did read that correctly - 256 kbit/s by the end of the decade!