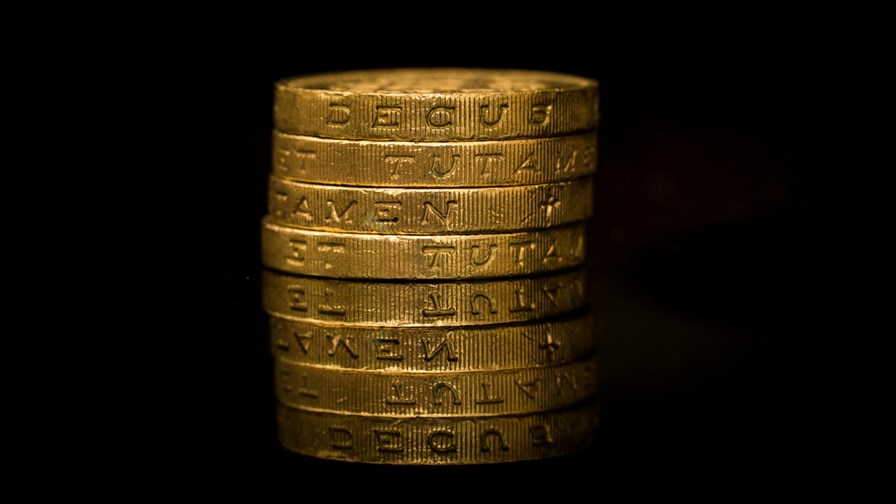 Are you sitting comfortably? Then I'll begin. The UK's dozy telecoms and media watchdog "Ofcom", has had his latest long snooze on the office couch rudely interrupted. Rolling over, as is is his wont having learned the trick from a long succession of previous minders, he was roused prematurely from his autumnal torpor by a sharp pain in the nether regions. Investigation showed Ofcom that he'd been nipped by his own teeth which, despite the application of a liberal dollop of denture fixative had yet again fallen out of his mouth whilst he was flat on his back, paws up, snoring and somehow they had lodged themselves down the back of the sofa.

Retrieving them from under the cushions, Ofcom blew the chewed remains of a few old regulatory reports off his underused gnashers and, almost fully awake now, tried them on for size. "By George, they almost fit", he thought. " I know I'll pop 'em in for a while and see if I can scare the living daylights out of a telco or two. There's usually a few hanging around outside looking for trouble."

"And then what did Ofcom do, children? That's right, he wuffled and snuffled and came up with a nifty wheeze. He'd heard his heard his owners talking about naughty telcos not paying compensation for service outages, missed appointments and a lack of urgency in fixing faults. They's talked about it a lot but his owners knew that making the telcos change their ways would take an awfully long time and a lot of letter writing and arguing so most of the time they left things exactly as they were and hoped the problem would just go away and leave them in peace to watch the TV and see if anyone was saying bad words before the watershed - whatever that was.

Having had a nibble at the bone of contention lying in his dogbowl, Ofcom decided he would write a letter to Father Christmas. Being midsummer it was a bit early but Ofcom is an optimistic beast. So crossing his eyes and sticking his tongue out of the side of his mouth, he summoned his muse and set inky paw to paper.

In his letter to Father Christmas he wished that householders would get automatic compensation from their service providers rather than having to beg for it, in triplicate, on seven different occasions, from a telco's Circumlocution Office and Board of Inquisitors. He knew that  subscribers (as they were called) wanted £10 per day when their phones stopped working and their broadband fell over so that's what Ofcom wished for.

A while later, as the gales of August roared and Briton's shivered, Ofcom got a reply from Santa. It wafted down the chimney on blustery evening of the first day of Test Match whilst he was having a little nap in front of the log fire. The slightly singed letter from Never Never Land, where Santa lives when he's not at the North Pole, landed in the hearth and Ofcom's tail wagged in delirious delight when he saw that Santa had granted his wish - sort of.

Santa said that service providers will have automatically to compensate their customers for poor and unacceptable service but they won't get the £10 a day they had been asking for. £8 a day seems nearer the mark as lots of service providers a quite poor really and £10 for every disgruntled customer every time a telco messes up will make them very unhappy and even poorer.

And the providers will have to pay £5 a day if their landline or broadband connection is not repaired on the day promised. That's very expensive too. And, if an engineer misses an appointment the telco will have to pay £25 in compensation which, Santa had been told, could bring some service providers to their knees, if not their senses. Santa said that the money would be credited automatically to the customer's next bill, provided the software works properly.

Ofcom whimpered and a tear rolled down his furry cheek. "Same as usual then, I suppose. But I did try", he thought, and went back to sleep.