The $90,000 question: Why Australia is ditching FTTP in favour of FTTC 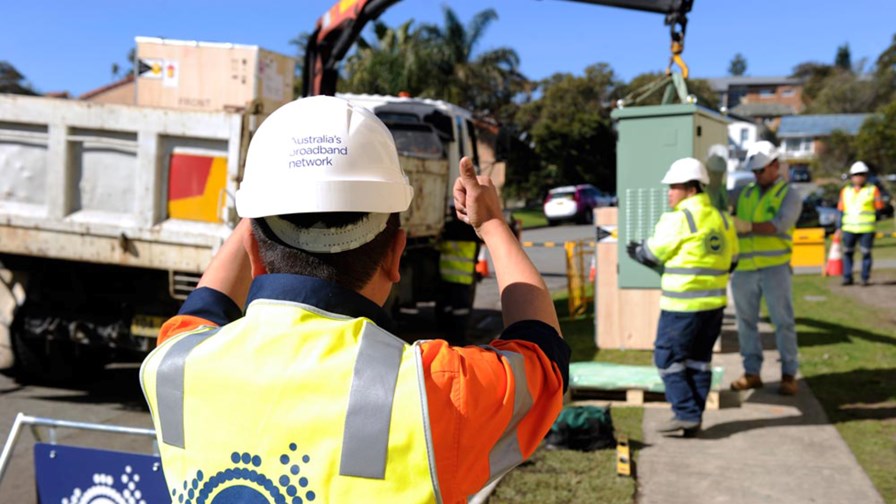 The company building Australia’s national wholesale broadband access network, nbn, has activated its first fibre to the curb (FTTC) premises as part of its ongoing trials of the access technology in Melbourne. The operator said it achieved speeds of 109Mbit/s downstream and 44Mbit/s upstream using VDSL technology over a 70 metre copper line.

Of more interest, though, is nbn’s decision to release cost figures for its earlier fibre to the premise (FTTP) connections, quantifying the huge costs associated with an all-FTTP network approach.

Using GPON technology, nbn was able to deliver 1Gbit/s speeds with FTTP at an average cost AUS$4,400, but individual connections can be far higher with one property costing $91,000 to connect. In contrast, FTTC takes the fibre to a distribution point unit located outside the premises in a “telecoms pit” and then connects via fibre, with nbn revealing average connection costs to be $2,900 per premise.

“With FTTC we can deliver an identical end-user experience to FTTP – with the exact same 100/40Mbit/s top-speeds – but we can do it more cost effectively – around $1,500 cheaper – and we can do it with far less inconvenience to residents as we no longer need to dig up people’s driveways like we did on FTTP,” explained Bill Morrow, CEO of nbn. “It’s a good example of what we have been able to do under the mixed technology model and the turnaround that has occurred since the new leadership team was established in 2014. Back then, our people were told to design and build the fixed-broadband network no matter the time or cost.”

Nbn is also looking at fibre to the node (FTTN), which takes a new fibre line to a street cabinet and then uses the existing copper line to connect. Whilst this option will deliver the comparable speeds of up to 100Mbit/s, it drops considerably with distance  – down to 25Mbit/s with distances of 1km. The economics also work against FTTN in rural areas – whereas a single cabinet can serve up to 384 premises, the micro-nodes in semi-rural areas support just 48 – this increases the average cost per premise from $2,200 to $5,000 or more.

There’s also fibre to the building (FTTB) for apartment blocks, where a small DSLAM in the comms room connects via the in-building copper to individual apartments. Whilst this comes in at an average of $2,200 per apartment, it is only suited to these multi-occupancy buildings.

By bringing FTTB, FTTN, Hybrid Fibre-Coaxial (HFC) and soon FTTC  into the network, Morrow says nbn has been able to address the economics problem: “We are now able to deploy the most appropriate technology in each area of the build and this makes our deployment much faster and cost-effective.”

“To be quite blunt about it, the more money that nbn spends on building the network then the more expensive the services will be for Australians,” added Morrow. “If we decided tomorrow to upgrade the entire FTTN footprint to FTTP (upgrading nearly 5 million premises at a cost of $2,000 each) then that’s another $10 billion we would have to recoup for taxpayers. To put that number into perspective, BT in the UK have spent less than $6 billion on upgrading nearly the whole of the UK (with a population three times that of Australia’s) to FTTN.”

There’s also users willingness to pay, and nbn concedes that earlier estimates proved to be way off the mark. With six years of operational experience and three million premises buying services, nbn now has a pretty good idea of exactly how much end-users are willing to pay – and the answer is, not a lot.

The operator says that even on its Gigabit-capable FTTP network only around 14 per cent of end-users are buying 100/40Mbit/s plans. As a result, nbn has lowered the cost of bandwidth for its retailers from $20 per 1Mbit/s to as low as $8 per 1Mbit/s (provided they commit to buying enough bandwidth), but says this has only been possible by switching to a multi-technology access model.

“The plain reality is that we can’t reduce the cost of our services, as retailers want us to, and at the same time spend billions of additional dollars on the network as some so-called industry experts are demanding – because it’s ordinary Australians that will end up paying the price for that,” said Morrow. Nbn expects to serve an initial 1 million premises with FTTC with commercial services due in the first half of 2018.