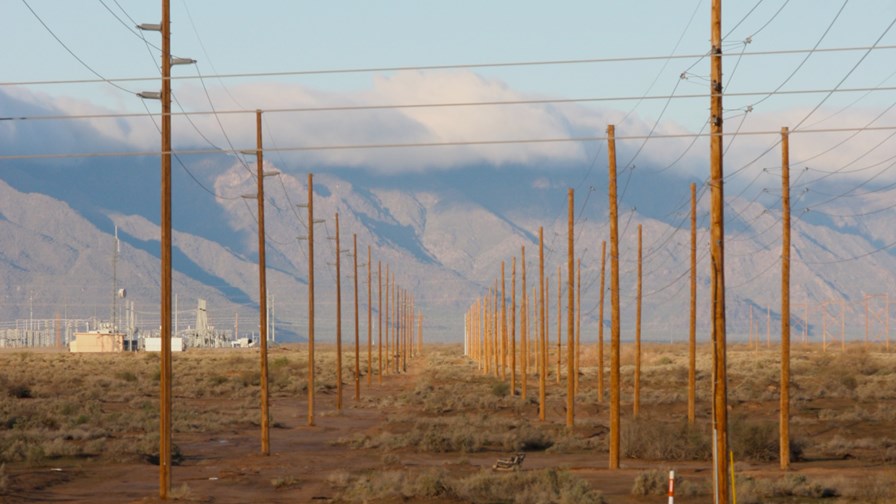 Way back in the mid-1920's, before the Wall St Crash of 1929, my paternal grandfather, an entrepreneur by inclination and a partner in the running of a small group of Yorkshire cinemas by way of a job, paid a visit to the US to see for himself how the movie industry worked and to determine if he could improve his business prospects back at home by getting to know personally some of those involved at the sharp end of film production and distribution.

Having disembarked at New York he made his way across country by train, and later by 'automobile' to California. I well remember when I was a youngster the tales he told me of that trip. He always said that a couple of the things that most struck him about what he called the "go ahead' nature of the Americans was the running water, bathrooms, inside lavatories, stoves, fitted kitchen sinks and ice-boxes that were becoming commonplace across increasing swathes of the US. He was equally struck by the mass provision of electricity to domestic premises and the number of radios and private telephones.

Given the drive and determination to modernises the US that was underway 90 and more years ago now, it seems the strange that in the Age of the Internet, American telcos have been have been so sluggish in ensuring that fast broadband access is available to the nation's massive rural areas.

It's all about money, of course, and established services providers have been largely content to relegate rural comms to the bottom of the corporate in-tray and then push them back there down there again as soon as the subject once more reaches the top of the pile. Thus local telcos and utility companies have had to take on the task of providing robust and comparatively inexpensive broadband access where and when they can, as, where and when they can afford it. And it's small town electricity supply utilities that have most enthusiastically taken up the challenge.

Much of small town and the rural US is presently served (if that's the operative word) by a flakey mish-mash of expensive and partial dial-up (yup, it's still out there) wireless and/or satellite operators and it simply isn't good enough for midway through the second decade of the 21st Century.

But what the big telcos won't touch with the proverbial bargepole the likes of the Northeast Oklahoma Electric Cooperative (headquartered in Vinita, Craig County OK. Population 5743) are taking on and are festooning fibre-optic cable from power-pole to power-pole alongside the electricity wires.

The same is happening elsewhere across the US where at least 40 electricity utility co-operatives are in the process of building out networks to provide high-speed Internet connectivity to places as far flung as Cassopolis Michigan, Kit Carson, New Mexico, and Millboro, Virginia; small towns that lie well away from any tourist trail but which exemplify small town America and their important local economies and communities.

And the trend is accelerating. Data from the US Institute of Local Self-Reliance which monitors the conditions and rates of growth in rural broadband networks shows that while there was just one electricity co-operative at work in 2010, there are now about 50 – and the number is growing every month. It is beginning to seem that it will be a sustainable and continuing way to bring broadband to the digitally deprived and dispossessed across the United States.

What is particularly interesting about the electricity co-operative movement is that its proponents are using legislation that came into force over 100 years ago to foster rural electrification is now being pressed into use as a vehicle to obtain state sanction and funding to provide broadband as a utility.

Only last year the US federal government mandated that broadband provision and access should be classified as a "utility" and thus as necessary and ubiquitous as electricity, water and landline telephony. That was enough to spur the electricity co-operatives into action and they are now beginning to bridge the often yawning digital gap between the cities of US and small communities.

Back in the 1930s, as a response to and as a remedy to help alleviate some of the lasting effects of the Great Depression that was triggered by the Wall St. Crash that began on October 24, 1929, the administration of President Franklin Delano Roosevelt instituted the "New Deal" This was a programme of liberal social initiatives and massive public infrastructure building projects that were enacted between 1933 and 1938 and focused on the "3 Rs of Relief, Recovery, and Reform: relief for the unemployed and poor, recovery of the economy to normal levels, and reform of the financial system to prevent a repeat depression". Electrification of rural areas of the US was part of the New Deal.

The Northeast Oklahoma Electric Cooperative, says the deployment of broadband infrastructure by it and its many partners elsewhere in the States is " a new, New Deal" whereby small co-operative utilities are doing what cable and telecom companies don’t want to do now, and what the big power companies failed to provide in the 1930s.

Tom Wheeler, the chairman of the US regulator, the Federal Communications Commission (FCC) recently said, "We can see that we are on the cusp of the kind of opportunity that was brought by electricity, railroads and the telegraph. It is vitally necessary for the social and economic well-being of the entire United States that broadband and fast Internet access is available to everyone, be they in our cities or in our vast rural areas."

That is exactly what the growing group of US electricity utility co-operatives is doing and, pun fully intended, all the more power to their elbows.