As Virgin Media and O2 tie the knot, BT has little to celebrate 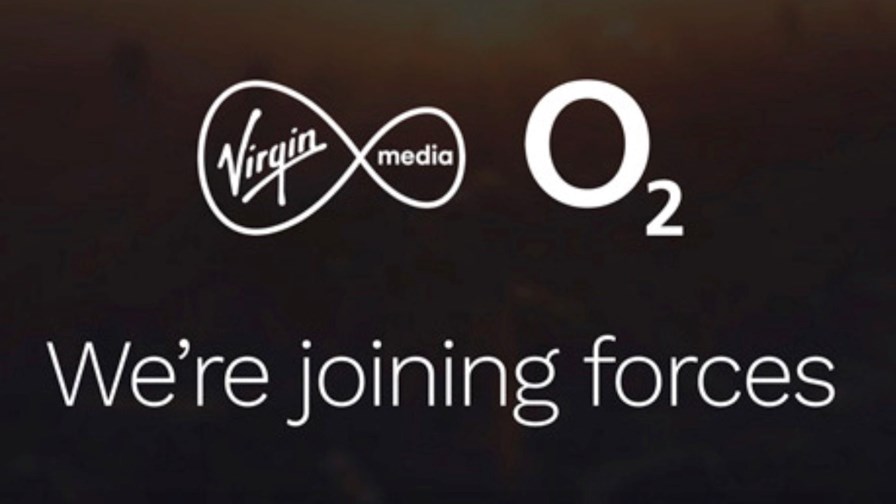 Virgin Media and O2 together (image courtesy of Telefónica)

With the proposed £31 billion 50/50 merger of Virgin Media and O2 now approaching reality, BT, Vodafone and even Sky will be getting seriously worried, even if they claim they are not. By Spring next year, if regulatory approval is forthcoming (and the odds are it will be), the UK's newest and biggest mobile, entertainment and cable broadband services company will change the face of the competitive communications and video services landscape in Britain.

BT, Sky and Vodafone will have to contend with, and somehow react to, the emergence of a rival that could do them serious long-term damage. This morning's announcement that BT’s full year sales and earnings are on the slide and that it has scrapped its shareholder dividend  knocked a bit more gilt off the telco's tarnished gingerbread and resulted in an immediate 10% in the telco's stock price - and that might not be the end of it.

Given the ongoing Covid-19 pandemic, BT isn't alone among big corporations in cutting its dividend for this year, but it is also doing the same until at least financial year 2021/2022 and has confirmed that when dividend payments are eventually reinstated, they will be at a paltry 7.7 pence. It's called getting the bad news in early. Shareholders will be unhappy but understanding of the decision for this year – however, they are likely to grow restive in the future when the current world crisis recedes.

BT needs a lot of money to fund its ongoing and seemingly endless restructuring programme, as well as fibre access and 5G rollouts, and still has to address the little matter of the yawning chasm at the heart of its pension. Back in 2018 the operator agreed to pay £13.1 billion into its Defined Benefit pension scheme over a ten-year period and must contribute £4.5 billion of that by June 30 this year. The deadline looms and when it does, the pension scheme will be subject to a revaluation. And then there's the cutthroat competition that will be unleashed, in the short-term at least.

Virgin Media, which has upwards of 5.5 million broadband and cable TV subscribers, plus more than 3 million mobile customers is owned by Liberty Global, while O2, the biggest mobile network operator in Britain with some 34 million subscribers, is owned by Telefónica of Spain. O2 also provides the network upon which several UK MVNOs piggyback, including Giffgaff, Sky Mobile and Tesco Mobile.

Meanwhile, BT owns EE, the country's second-biggest mobile network with 28 million subscribers. The plan is that once merged, O2 and Virgin Media will spend £10 billion over five years on the deployment of gigabit broadband and 5G infrastructure in areas yet to be announced.

The usual gaseous PR guff wafted into the inboxes of journalists this morning with Jose Maria Alvarez-Pallete, the CEO of Telefónica, wielding a company paint brush to portray the merger as "a game changer" in that the combination of "O2's number one mobile business with Virgin Media's superfast broadband network and entertainment services" will be absolutely wonderful "at a time when demand for connectivity has never been greater or more critical."

Meanwhile, his opposite number at Liberty Global, Mike Fries, hyperventilated that "Virgin Media has redefined broadband and entertainment in the UK with lightning-fast speeds and the most innovative video platform. And O2 is widely recognised as the most reliable and admired mobile operator in the UK."

Not everyone will agree with those claims, particularly Virgin Media subscribers, but Puff the Magic PR Dragon is out of his cave and won't be returning to it for a little lie-down until he has completely emptied his bellyful of incandescent nutty slack. It could take months.

In a joint statement the two telcos announced that O2 will "be transferred into the joint venture on a debt-free basis, while Virgin Media to be contributed with £11.3 billion of net debt and debt-like items": "Debt-like items" – classic stuff, straight out of the "Euphemisms are Us" playbook.

Meanwhile, Telefónica will get a handy £5.7 billion and Liberty Global will be £1.4 billion better off. However, the merged company will start life with £18 billion long-term debt hung, albatross-like, around its fat neck. Consumers beware!

Mike Fries of Liberty Global opined that it was only "a matter of time" before further convergence in "the highly competitive UK media and telecoms market" happened. With Virgin Media and O2 together, the future of convergence is here today. We are creating a strong competitor with significant scale and financial strength to invest in UK digital infrastructure and give millions of consumer, business and public sector customers more choice and value." Oh, goody.

Here's a question. In the UK, Virgin Media sells iPhones for a lot less than O2 does. Wonder what will happen there when the merger is complete? No, neither do I. Wanna bet Virgin's prices will rise? Yes, so do I.

Telefónica's Alvarez-Pallete calls the UK "one of the most attractive markets on earth… even considering Brexit" (he obviously hasn't been to Accrington on a wet Thursday in January) and says the merger (like the poor) will always be with us. He adds, "We are both coming to the joint venture with the expectation we will remain partners. We don’t come into this with the expectation that we will turn right or left at a certain point of time." Really?  I reckon that once the airlines are back in business, CEOs will still be turning left as they board aircraft as usual, unless they are flying in the company jet, of course.

Señor Alvarez-Pallete also reckons that should a stock market listing in due course "come down the road, it can provide a transparency of value and give people the chance to own part of a national champion," perhaps in as little three years’ time. Better buy now, while stocks last.

The merged company will have an eight-member board of directors, four from Liberty Global and four from Telefónica. The chairman's post will rotate every two years and Mike Fries will be the first to take a twirl in captain's chair.

Reacting to what must be bad news for BT, the national operator's CEO, Philip Jansen, seemed to be in denial, simply saying, "We are not going to go any faster – we have a comprehensive five-year plan." Yes, so did the Soviet Union – indeed it had 13 of them in succession, and look what happened there in the end.

It is possible, of course, that the merger could be derailed by the UK telecoms regulator or the Competition and Markets Authorities, but that seems unlikely. Let us remember that in 2015 Telefonica tried to sell O2 to Three, the UK mobile telco owned CK Hutchison of Hong Kong, for £10.3 billion, only for the proposal to be blocked by the European Commission. It is also possible that Vodafone, which has a history of negotiating with Liberty Global, might try to come up with a counter proposal to take Telefónica out of the equation, but things may already have gone too far for that.