Autonomous cars: beware the revenge of the cyclist 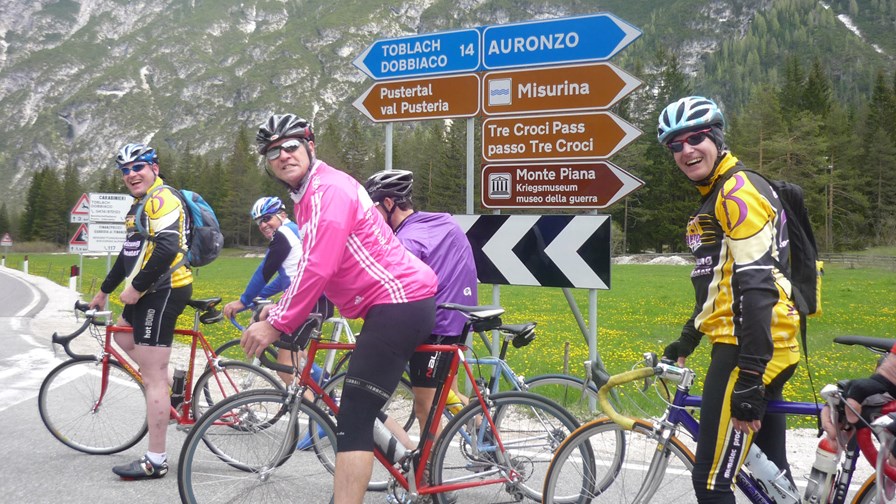 The lycra-clad hordes of octogenarian cyclists that are quickly taking over our roads and annoying the mild-mannered ranks of considerate vehicle drivers are about to have their revenge, and it’s all thanks to the autonomous car. If you’ve not experienced these hordes of two-wheeled retirees, then you are lucky, but you will soon come to know them. Cash-rich thanks to being the last generation to benefit from what is laughably called “pensions”, finally bored with golf, mindful of the need to exercise, and attracted like magpies to the allure of ill-advised skin-tight garish garments, the ranks of leisure cyclists are growing faster than any Moore’s Law tech. And they are rapidly “reclaiming the roads”.

Okay, no point denying that there has always been a love-hate relationship between cyclists and motorists – the former are often put in real danger by motorists, either accidentally or deliberately, and the latter are often forced to slow down (boo hoo) to give cyclists space and then get extremely irate when they see them flout the rules of the road by speeding through traffic lights set to red. It’s a no-win situation. And lest you misinterpret this, let’s make it very clear – the roads are there for all of us to use, and we all deserve to use them safely and without fear, and we must all be respectful of other users, otherwise the consequences can be fatal.

One of the goals of the drive towards autonomous vehicles is that it will make our roads safer and reduce the number of fatalities. A laudable aim and one that we all hope works out. But one of the unintended consequences of autonomous vehicles is that they will have to deal with non-autonomous traffic. Whilst there will be a lengthy period where our roads will be shared by both types of vehicles, they will always be shared with pedestrians and cyclists. In other words, humans with unpredictable free will.

King of the road

Picture this scene: you are reclining in your autonomous car – watching a video or catching up on work perhaps, oblivious to the outside world – when the vehicle comes up behind a cyclist (on a real bike, no electronics in sight). It’s quite a narrow road with bends, so even a human driver would have to take care passing the cyclist, but the autonomous control unit operates to a set of machine learning rules and programmed AI, it’s going to wait until it’s perfectly safe to pass (quite right too) and to heck with what that does to your expected arrival time (no making up the time speeding either, as that will soon be a bizarre quirk of the past).

Here’s where it gets interesting: what if the cyclist decides to mess around with you? What if he or she decides to slow down and move into the centre of the road? What if he or she does everything imaginable to mess up your journey? How will your autonomous car react? Will it keep running through its set of safety-first “kill no humans” rules, or will the virtual red mist descend and the car does what a human would and engages in some dangerous and illegal moves?

You see, the humble cyclist or pedestrian now has a great deal of power over the autonomous vehicle. The temptation to become vehicle bullies may be too great for many.

This isn’t just another TelecomTV Friday afternoon humorous rant, there’s actually some science to this. A European-wide research project is already underway to investigate the attitudes of other drivers and road users towards sharing the road with autonomous vehicles, commissioned by the London School of Economics (LSE) on behalf of Goodyear and its ThinkGoodMobility initiative.

“Self-driving cars are being designed to predictably adhere to the rules of the road, but less predictable is how human drivers may interact with computer drivers,” said Olivier Rousseau, VP of Goodyear’s consumer tire business in EMEA. “Our latest collaboration with the LSE will explore this changing driving environment as autonomous vehicles and driver assist technologies continue to become more common.”

A related survey conducted last year by Goodyear and the LSE of drivers from 15 European countries found that 88 per cent of respondents agreed that there are “unwritten rules” that govern driver interactions with pedestrians, cyclists and other road users.

“A key question for this year’s research is how the unwritten rules and driver behaviour that we employ will apply to self-driving cars, and to what extent self-driving cars will need to learn the common sense humans use to make every-day driving situations work,” said Dr Chris Tennant of the LSE. “The questions raised in our focus groups suggest that drivers’ interactions with autonomous vehicles will develop as we are increasingly exposed to them. We believe that this research project will generate valuable insights into how autonomous vehicles can be properly integrated into the dynamic social space of our roads.”

Goodyear and LSE plan to release their findings in October.