After the Apple Watch, why an Apple Car is not so daft as it sounds 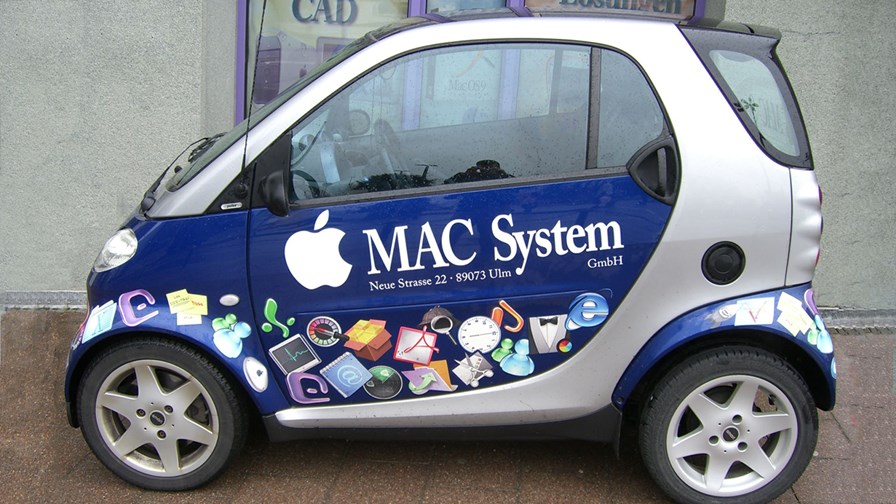 Er... not the Apple Car we were expecting... © Flickr/CC/Wolf Gang

When Apple presciently predicted that the mobile phone would become our personal computer and communications device, acting as the hub for a vast range of services and applications, its subsequent iPhone reinvented the concept of the smartphone. As processing power has increased, display technology improved, wireless technologies have matured and power usage becomes more efficient, Apple was able to take the next logical step – a wearable device.

Last night, Apple revealed more details about its forthcoming Apple Watch, which it hopes will become just as popular and essential as its iPhone. It makes a lot of sense in theory; why go through all the trouble of taking your phone in and out of your pocket or bag to constantly check for calls, messages, appointments or directions? It’s so much easier to merely glance at your wrist. Plus we all secretly like a bit of bling – why else produce a gold iPhone? Part of the attraction of Apple’s products (other than the fact that they work so well, in the main, and are built to exceptional high engineering standards) is that they look so good, and we do like to show off the fact that we have the latest model.

Whether or not we can be bothered charging both our phone and watch every night is another matter (and if you buy the company’s new MacBook, you’ll find there is only one power/device port, so good luck figuring out how to connect and charge all your Apple kit then…). All the facts and figures and on Apple’s website if you are tempted, and it looks like plenty of us will be – Apple is not shy about marketing and knows how to get us all worked up into a state of shopping frenzy.

So that’s a shift in the computational and communications hub from pocket to wrist (yes, you still need both, the Apple Watch is not a standalone product, but it does feature a lot of processing power). What next?

If recent press reports are to believed, Apple is eyeing up the automotive sector, with reports that it is hiring engineers to build its own car. “Ridiculous”, I hear you say, it’s just a research project, rather like Google’s driverless car. Apple will never enter the car market, that’s crazy.

No it’s not crazy. Think about where the next concentration of computational and communications power is likely to be. You don’t have to look far – it could well be the car. Yesterday Apple announced that its CarPlay was coming to over 40 new car models in 2015. Integrating a phone with a car enables personalisation of services and preferences, extending your “digital aura”, or whatever the current meaningless buzz phrase is, to your car.

But what about all the other car-related services and features that require connectivity, especially those that will become more prevalent as we head into the next decade, and the advent of the disruptive 5G age? Driver assistance, driverless vehicles, 24/7 remote diagnostics… there are plenty of technology-related uses here. And as the role of the actual human driver becomes less important, we’ll no doubt see an increase in the use of entertainment and productivity services.

The car becomes the new hub. It sits at the centre of a huge ecosystem of services and applications from third party companies. It will communicate directly with other vehicles and roadside infrastructure. Heck, there’s every chance it will also include its own small cell site. So why would Apple sit back and allow the likes of Ford or GM to own all of this, and be beholden to them for connectivity?

It doesn’t have to. Apple will make its own range of cars, whether they be all electric or hybrids, it doesn’t matter. It’s not the power side of cars that will attract Apple; it’s the connectivity. You know it’s not going to make tin boxes; they will be things of beauty, cars to aspire to. It’s an expert in supply chain management and outsourcing, and knows a thing or two about marketing. It also has a pretty strong brand… not to mention a rather healthy balance sheet.

We don’t know if Apple is serious about the car market. But we do know that Apple is more than capable of disrupting this industry and surprising us all. As the driver experience becomes less important (driverless cars will no have to adhere to speed limits and be prevented from tailgating other road users, so where’s the fun?), and as 5G lays down a global network of ultra-high speed broadband with ultra-low levels of latency, the car will become an extension of our homes and offices. Don’t bet against the Apple Car appearing sometime in the next decade.