Number One with a bullet (train): Japan to build the world's fastest supercomputer 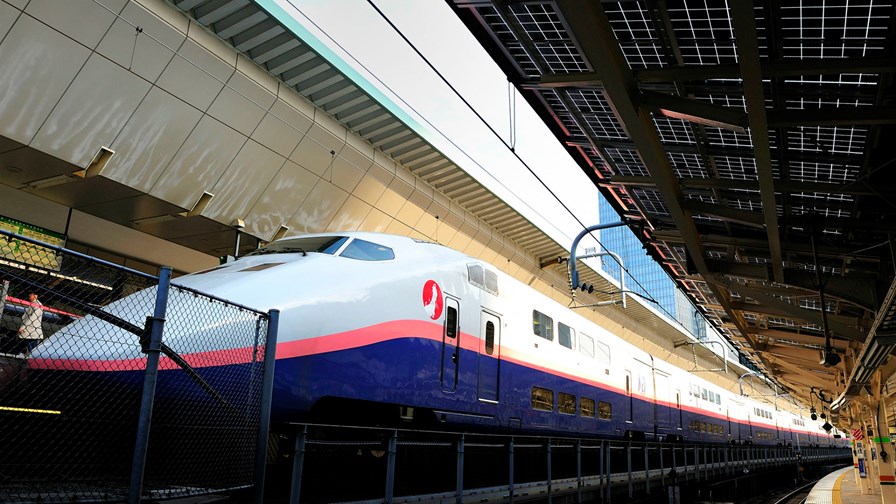 In the ongoing endurance relay race to build the world's fastest supercomputer, the baton has changed hands between different teams several times as the pursuit goes on -  seemingly forever. Now Japan, which has been coasting along at the back of the field for the past five years or so is putting on a sudden burst of speed. The Japanese government has announced that it is to fund the construction of a new supercomputer capable of processing 130 petaflops of data (that's 130 quadrillion floating point operations per second).

Japan's Ministry of Economy, Trade and Industry, increasingly concerned that the country is losing its edge in important disciplines such as Artificial Intelligence (AI), autonomous vehicles robotics and and medical/health technologies, is initially allocating US$173 million to the project, which is called "AI Bridging Cloud Infrastructure" or "ABCI" for short. Companies and organisations interested in taking part in what will be a comparatively short, sharp sprint (lasting for less than twelve months in comparison to the global marathon that has been grinding on around the world, year-in, year-out since the 1940s) have until December 8 to get their bids in. The plan is for the ABCI to be up and running late next year.

The Japanese economy has been in the doldrums for decades and recently the country's prime minister, Shinzo Abe, has been trying to get Japan's government to work hand-in-glove with private companies in an effort to kick-start a generally moribund technology sector that has been trading on past glories for far too long.

Traditionally, Japanese government technologists have been markedly reluctant to work with commercial enterprises and have kept them at arms length but hard times make for strange bedfellows and the Japanese authorities, in addition to allocating cash to the supercomputer project, are further sweetening the pill by promising that private commercial enterprises will be able to have access to the supercomputer for their own purposes - for a rental fee, of course.

Critics of the new plan (and there are some who question the the need for any sort of supercomputer at all on the grounds that they are just toys for academics and thus not used to better the lot of the average citizen by helping in the development of new consumer devices) say it is expensive and that the money could better be used elsewhere, whereas, in in reality, the cost of the project is no more than a drop in the ocean of the greater Japanese economy - and what's wrong with the occasional piece of research for research's sake anyway?

The list of countries that have laid claim to ownership of the world's fastest supercomputer has varied over the years with the US the UK, France, Russia, Japan and China leading the league table from time to time. And, if you want to see a complete ranking, well, naturally, there's an app for that. Go to Top500.org and take a look.

At the moment the world's most powerful supercomputer is generally acknowledged to be China's Sunway Taihulight, which can operate at 93 petaflops. China lays claim to ownership of the second-fastest as well while the US holds third, fourth and fifth places in the rankings.

The new Japanese supercomputer will be sited at the country's National Institute of Advanced Industrial Science and Technology (AIST) at the University of Tokyo.

Sheer processing power is the yardstick usually applied when gauging supercomputer performance but other there is pressure for other metrics such as throughput, storage and to be used as well as, in these ecologically sensitive times, power consumption. The AIST wants the new supercomputer to consume less than three megawatts of power. It's a tall order given that China's Sunway Taihulight takes 15 megawatts and is rumoured to be able to boil a cauldron of rice from a distance of 50 metres.

Finally, to put things into perspective, the Cray-2 was the fastest supercomputer on the planet when it was unveiled back in 1985. By comparison, the Apple iPhone 5s has almost three-times as much processing power as that and that particular iPhone is now well past its sell-by date. One thing is for sure, whichever country claims the crown as King of Supercomputer Hill", it won't keep it for long. The marathon continues.