Where are they now? Blippar's journey ends in car crash 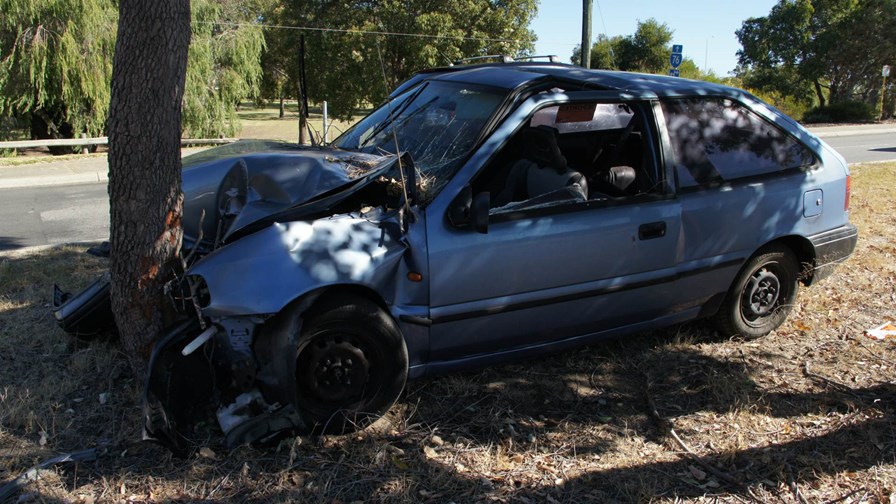 Back in 2011, newly-launched Blippar came to the TelecomTV studios in London, mob-handed. I did a filmed interview with two of their top bods who hyped the company and augmented reality (AR) into the farthest reaches of the stratosphere. Enthusiastic wasn't the word for it. They were positively evangelical and the wide-eyed gung-ho-ness grated. However, once they had exhausted every scrap of hot air and every farty 'trump' from the PR whoopee cushion they took turns to sit on, they demonstrated technology and their apps that were really quite impressive. However, since its inception Blippar has always seemed to be a company desperately seeking a business model.

In the comms industry much is made of the importance of the 'roadmap' and 'journey' as network transformation compels communications services providers to become digital services providers, but most are finding it difficult to determine the right route to take. Blippar, for example, flippar-floppar'd around, first heading off down one road, then turning back and going down another before doing a pirouette and setting off down yet another byway in yet another direction. In this it mirrored and magnified the problems experienced by other players trying to make a go of things in AR and VR.

At that time AR pioneers found it impossible to keep pace with the sheer speed of change in the sector. The consequent lack of any standardisation across technology platforms and toolkits meant that neither consumers or enterprises were willing to spend big money to adopt AR and VR, although a few did spend a bit on what were widely regarded even then as short-term marketing novelties and gimmicks. The net result has been that while many companies have tried to make it in AR and VR, to date very few have achieved significant success whilst many have gone to the wall. In that respect Blippar is just the latest to run headlong into the brickwork.

"To Blipp or not to Blipp?", that is the question. The answer is ,"Just the once"

Blippar started out as a marketing agency persuading big and instantly recognisable brands to place AR advertising, in the form of paper'/plastic stickers, (that Blippar was pleased to call "Blipps") on magazines and products such as cereal packages and canned drinks. Consumers could use a mobile handset to scan the Blipp to see it come to 3D AR life and gain access to games and offers.

The technology worked well but, in the end a push advert is still just a push advert, albeit a novel one - and the trouble with novelties is that the novelty soon wears off (anyone remember tamagotchis?). Once a consumer had tried a Blipp, say on a can of pop, and found that it was, basically, just more branding, there was no incentive to Blipp the thing again so the number of repeat Blipps quickly diminished to the point of invisibility.

As reality dawned Blippar 'pivoted' to a new stance and business model, dumped the Blipp stickers and adapted its technology so that content could be unlocked and made visible by any designated physical object via what the company referred to as "computer vision". It also added information-based content (such as visual-based search that provided the name and genera of an animal, bird or plant, or the make and model of a vehicle) to its dwindling ad-based content. In so doing Blippar placed itself in head-to-head competition with Google.

There could only be one winner, and it wasn't Blippar. So the company pivoted again, and launched "Halos", a feature based on facial recognition technology that allowed users to scan their face into an app and customise a variety of thought and dialogue bubbles magically floating around their on-screen phizzog by adding a few bon mots indicating their current mood or whatever they might be thinking about at that moment. Compelling eh? No, you're quite right, it wasn't. The entire ephemeral premise was based on friends using the Halo app continually and together as a group, and they didn't. It was a flop and so Blippar pivoted again.

This time it went into spaces and mapping. Last year its AR City app allowed users to find their way around 300 cities via their smartphone camera. According to Blippar the company's "computer vision" technology was considerably more accurate than GPS and in August this year, in what turned out to be a last throw of the dice, the company launched what it called its "Hyper-Accurate Indoor Visual Positioning System" designed for use in venues such as airports, shopping malls, and stadiums.

With it Blippar hoped to attract the sort of big name brands that it first targeted with its Blipp stickers. That didn't work either. The trouble with with a company repeatedly "pivoting" itself around a central point is that it eventually screws itself into the ground.

Blippar was one of the best-funded British start-ups, having raised over $150 million but it burned through some $3 million a month casting around for a viable business model. It lost at least $44 million in 2017 and in the end investors, or one particular investor, Khazanah Nasional, had had enough of throwing good money after bad, declined Blippar's emergency funding request for $5 million and forced the company into administration.

Lots of claims of impending greatness. Little evidence to back them up

Blippar, which was founded in 2011 by Ambarish "Rish" Mitra and Omar Tayeb and at one point employed upwards of 300 people, however as the company began its serial 'pivoting' staff numbers were culled and offices closed. First to go were those in Japan and Turkey, but the writing was really on the wall in January this year when Blippar shut its premises in Mountain View, the most excruciatingly expensive part of Silicon Valley and the home of Microsoft and Google.

Simply being there was surely an indication of corporate delusions of grandeur on Blippar's part. When the Mountain View office closed most senior executives voted with their feet and left the company. In recent months the employees at the London headquarters have been decimated.

As things got worse Blippar, which despite all its self-generating hype had always been coy about revealing user numbers and its financial performance, became as silent on the subject as a Trappist monk with his teeth of superglued together.

Meanwhile the general perception that Blippar was floundering and in serious decline was not helped when, last year, the Financial Times newspaper investigated a variety of claims made by Ambarish Mitra and found them to be either embellished or downright false. For example, Mitra said that a business he previously headed in India, "WomenInfoline", had gone to IPO but, when the paper queried the claim he eventually admitted that actually he had transferred the portal to a completely different company that was already, and had long been, public.

Mr. Mitra also told the Economic Times, an English language newspaper published daily in India, that he had studied at the prestigious London School of Economics (LSE). When asked about his time there and the subjects he studied, the LSE replied that it had no record of his attendance at the university. Thereafter Mitra claimed to have been misquoted in the piece in the Economic Times and later publicly acknowledged that he had not been a student at the LSE.

The most risible claims made during Blippar's TelecomTV interview was the po-faced insistence that the company would be "bigger than the Internet itself" and within a couple of years the word "Blipp" would be an integral part of everyday discourse, a part of parlance as common as "Let's Google it", "I'll Facebook it" or "Tweeting". I didn't believe it then and I haven't changed my mind. Looks like I was right.

This morning, a brief statement on the Blippar website names the administration team overseeing the dismantling of the company and says all employees are now redundant. It is well said that reality bites, but so does Augmented Reality when the business model is fatally flawed and management fails.