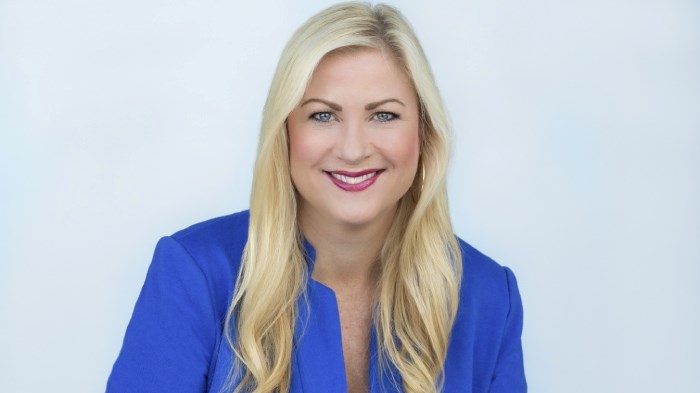 In today’s industry news roundup: Verizon sharpens its focus on the low end of the US mobile market; Allot’s network-based security platform is being deployed by Verizon; the opportunity to take a stake in Ethiopia’s national operator is once again up for grabs; and more.

Verizon is forming a new unit called Verizon Value to focus on the budget end of the mobile services market, which will be headed up by Angie Klein (pictured above). Klein, who will take on the role of president, is currently the CEO of Visible (the operator’s low-cost, digital-first unit) and chief revenue officer of Verizon Prepaid and TracFone, another pre-paid services unit owned by the operator. “This is the next step in the evolution of our strategy to better serve 23 million subscribers within the value market,” stated Manon Brouillette, executive VP and group CEO of the Verizon Consumer Group, of which Verizon Value will be part. “This move and these organisational changes will accelerate our efforts to drive efficiencies while enabling us to invest in the growth brands that more closely meet our diverse customers’ needs.” It also, in theory, put Verizon in a slightly better position to achieve a unified and coordinated approach to the lower ARPU segment of the UScellular market and attract and hold onto customers who, in these cash-strapped times, need a more affordable mobile services deal. "This evolution further positions us to win in a complex and continuously changing market with customer-centric products and an agile mindset," noted Klein. "We have been, and will continue to be, a company whose strategy is to serve the entire market with a portfolio of brands that match every customer’s need, no matter where they are,” she added.

Verizon has selected Allot NetworkSecure to provide network-based cybersecurity protection to some of its wireless and fixed wireless access small and medium business (SMB) and IoT customers to defend them against a range of cyber threats. Allot NetworkSecure is “a network-based cybersecurity service platform that offers zero-touch, clientless operation, requiring no application installation,” according to the vendor. And here’s something worth noting in terms of the vendor/operator business relationship: There’s no licence fee involved here as Allot will be paid a monthly fee based on the number of customers receiving the service. Read more.

Still with Allot and the subject of SMB security… The company has just published the results of a survey that suggests small companies are very keen on their communications service provider (CSP) being responsible for securing data traffic. The survey of 1,000 companies across North America, Europe and Asia Pacific with fewer than 50 staff found that “70% of small businesses share the view that ‘it is the responsibility of the internet provider/CSP to provide secure traffic’ [and] “73% of small businesses want security to be a core offering of their internet/data provider”. The surprising thing is that the numbers weren’t higher. Read more.

In the UK, Virgin Media O2 is aiming to boost its prospects with large enterprise customers by enhancing its national high-capacity services offering with end-to-end, business-grade 10Gbit/s Ethernet services. The services, based on technology from Ciena, run over the operator’s existing national optical transport infrastructure and are currently available from 14 sites around the UK, with hundreds more to be added over the next couple of years. Read more.

The government of Ethiopia has reactivated plans to sell a stake in state-owned operator Ethio Telecom and issue another full telecoms licence to boost competition in the country’s communications services sector. A stake in Ethio Telecom had previously been up for grabs, but the government postponed that plan in March this year, citing recent global and local developments as well as “fast-moving macroeconomic changes”. Now, reports Reuters, the government is seeking expressions of interest from international companies that regard the national operator, which has more than 60 million customers and is already dabbling in 5G, as a good investment opportunity. In addition, there’s also the chance for companies to apply for their own telecom licence and follow Safaricom Telecommunications Ethiopia, a local telecoms operating company, which is owned by a consortium that includes Vodafone, Vodacom and Safaricom and was awarded its licence last year, into the market. It’ll be interesting to see if MTN takes another shot after having applied last time but been rejected – see Vodafone consortium lands licence in Ethiopia, but MTN misses out.

An update, now, on a company we featured in Tuesday’s news roundup. Cloudbrink has raised a creditable $25m and is taking a shot at improving distributed enterprise workforce connectivity. We mentioned yesterday that Zayo is hosting the company’s software in its edge points of presence (PoPs) but it’s not the only one – Cloudbrink’s software is also being hosted on the edge servers of AT&T, AWS, Google Cloud and Packet (part of Equinix) and will be up and running for commercial service via those companies in the near future.

Big tech might be going through something of a rough patch (understatement much!) but, for some, that signals a good investment opportunity. According to business media outlet Fast Company, Saudi Arabia’s Public Investment Fund snapped up stock and significantly increased its positions in both Alphabet (parent company of Google) and Meta during the second and third quarters of this year. Alphabet’s stock, currently trading at $98.44, is 32% cheaper than at the start of this year, while Meta’s share price, currently at $117.08, has tanked by more than 65% this calendar year.