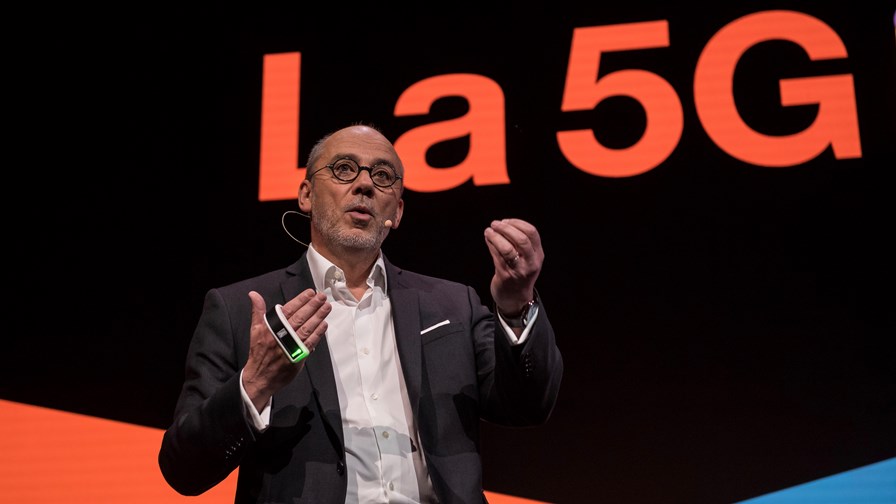 A resignation by Orange’s top executive and some empire building in EMEA by Ciena head up today’s news charge.

UPDATE: Orange announced Wednesday evening that Chairman and CEO Stéphane Richard has relinquished his role at the operator after being found guilty by the Paris Court of Appeal of “complicity in the misuse of public funds” for his actions at the French Finance Ministry more than 13 years ago in what is now known as the “Affaire Tapie.” Richard was found guilty, handed a one-year suspended sentence, and fined €50,000: As a result he has tendered his resignation, which has been accepted by the Orange board, and he will continue in his role until a replacement is appointed, but will leave no later than 31 January 2022. You can read about the background to the Affaire Tapie, which relates to compensation paid by the French government to businessman Bernard Tapie, in this TelecomTV article from 2016. Richard is appealing the Paris Court of Appeal’s decision and is mounting a vociferous defense. In a statement released to the media hours before his resignation, the Orange CEO said: "The accusations of complicity in the misuse of public funds are without any foundation whatsoever and have no basis in fact. I reject them absolutely and will now take my appeal to the French high court of justice (Cour de cassation). No new elements have emerged in this appeal process and I remind you that I was totally acquitted in first instance by the Court. During the process, the charges have shifted from fraud to complicity in fraud and then to my full acquittal, and now today to the dismissal of the complicity in fraud charge, but a verdict on a new charge of complicity in the misuse of public funds... This is totally incomprehensible and profoundly unjust. I simply carried out a ministerial decision to go to arbitration for which Christine Lagarde assumed complete responsibility and for which she was then found guilty of simple negligence." His statement noted that he would wait for the Orange board to take any decision about his future at the operator, and now that decision has been taken and the Richard era at Orange is coming to an end.

And in Poland, T-Mobile Polska is deploying Ciena’s WaveLogic 5 Extreme coherent optics over a 6500 fully flexible colorless, directionless, and contentionless photonic system” and the MCP controller for its 800G network. “Leveraging Ciena’s technology, T‑Mobile Polska will offer a new long-distance 400 Gigabit Ethernet (400GbE) service to its enterprise, content provider, and wholesale customers, to address exponential traffic growth brought on by omnipresent remote work, learning, and entertainment,” noted the vendor in this press release.

New research from the BT and Altitude Angel-led Project XCelerate Consortium has found that 68% of the British public believe drones will “have a positive impact on their life in the future,” with almost half (49%) saying they are “optimistic or excited about the potential drone technology holds.” The research found that Brits want to see drones used for “risky jobs in place of people, such as firefighting (76%) and inspecting infrastructure (70%), while two in five were keen to see drones extending human capabilities and reaching otherwise inaccessible areas (42%), such as tracking criminals (65%) or investigating crime scenes (73%).” And, of course, these drones will mostly only be of any use if they are endowed with the kind of high-speed connectivity that can, for example, transmit high-quality video streams ‘back to base’ for human assessment, which is one of the many use cases being touted for 5G. Read more.

Still with BT (and back with the legal eagles!).... As you would expect, the UK national operator is vigorously defending itself against the £600 million class action lawsuit that has been brought against it on behalf of 2.3 million fixed line customers, who claim they were overcharged and want their money back. BT is “appealing against the preliminary ruling on a procedural matter of certification for a class action claim, which accuses BT of anti-competitive behaviour towards its landline customers.” The good news for BT currently is that the Court of Appeal has “accepted BT’s application on all grounds.” Read more.

The European Union’s Digital Markets Act has been strengthened to curb the ability of digital platform operators such as Facebook and Google to combine data sets for advertising targeting purposes and to completely prohibit the collection and use of data from ‘minors,’ reports TechCrunch.