What’s up with… Sigfox, Lumenisity and Comcast, Canonical 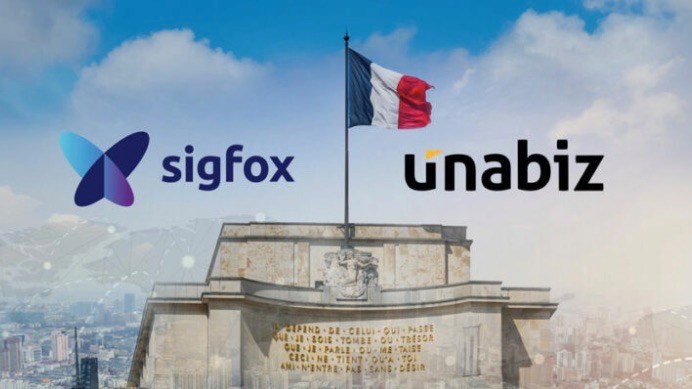 Sigfox’s new owner, Lumenisity’s big US breakthrough and Canonical’s latest run at the telecoms sector are the lead items in today’s industry roundup.

Following a brief scare that paperwork and politics might get in the way of a salvage operation, French IoT specialist Sigfox, which filed for bankruptcy protection in January, has been saved by existing partner and now new owner, UnaBiz. According to UnaBiz, which has been Sigfox’s local operator in Singapore and Taiwan, it beat out eight other bidding rivals to be named as the new owner by the Commercial Court of Toulouse. “I want to thank the entire Sigfox community for supporting us, and the French government for authorising our investment,” noted Henri Bong, Co-Founder and Co-CEO of UnaBiz. “While the transition of ownership marks a new beginning for Sigfox, UnaBiz will definitely guarantee the French sovereignty of Sigfox,” he added. Bong has had to struggle to get this far, though: Earlier this month he published an open letter to French President Emmanuel Macron in which he claimed to have submitted an acquisition offer that ticked all the required boxes, but which had been dismissed without explanation for what he believed were “specific issues linked to the political context.” Well, that political context appears to have evaporated as Macron grapples with rival Marine Le Pen ahead of this Sunday’s vote for the next presidential term. For more on UnaBiz’s successful bid and its plans, see this announcement.

Innovative UK fibre tech firm Lumenisity has landed a significant breakthrough deployment of its hollowcore fibre at major US cable broadband giant Comcast, which has about 30 million residential broadband customers. The revolutionary fibre, developed by the start-up that was spun out of Southampton University in 2017, delivers “significantly lower latency than traditional fibers and over time will provide critical performance attributes,” notes Comcast, which says the new tech will “support the delivery of multigigabit speeds through 10G.” Elad Nafshi, EVP & Chief Network Officer at Comcast Cable, noted: “Hollowcore fiber is a leap forward in how we deliver ultra-fast, ultra-low latency and ultra-reliable services to customers. As we continue to develop and deploy technology to deliver 10G, multigigabit performance to tens of millions of homes, hollowcore fiber will help to ensure that the network powering those experiences is among the most advanced and highest performing in the world.” This is an amazing breakthrough for Lumenisity, which has also been involved in multiple trials at BT’s Adastral Park research complex in East Anglia, UK, where a 10-kilometre-long hollow, air-filled fibre cable is being assessed for potential benefits that might accrue from its use in the fronthaul portions of 5G network architectures and ultra-secure communications such as Quantum Key Distribution. For more on the deployment at Comcast, see this press release.

Canonical, the open source cloud software specialist and rival to IBM’s Red Hat, is making another run at the telecoms sector, where it has had limited success so far with its containerized, cloud native offerings. And it looks like it’s aiming to hitch a ride on the cloud and Open RAN bandwagon. Its latest wide-ranging release, dubbed Canonical Ubuntu 22.04 LTS, features a “real-time kernel” that is “designed to meet telco network transformation needs for 5G” by delivering “performance, guaranteed ultra-low latency and security for critical infrastructure.” Dan Lynch, Marketing Director at Intel, is quoted by Canonical as saying “Ubuntu 22.04 LTS’s real-time kernel unlocks low-latency use cases for real-time applications like Cloud RAN. Together with Canonical, we have validated Intel’s FlexRAN SDK to enable OpenRAN implementations requiring pre-emptive real-time kernel capabilities to meet 5G latency requirements.”

We’ve already heard this week that inflation and competition have been impacting the streaming services sector, with Netflix hitting a speed bump in the first quarter. Well, that’s nothing compared with CNN+, the streaming service that is being shut down a month after its expensive launch, reports the Guardian. The service was conceived when it was still part of the AT&T empire, but now, following the closure of the media merger deal announced last May, it’s part of the Discovery portfolio and has been axed before it chews up hundreds of millions dollars more.