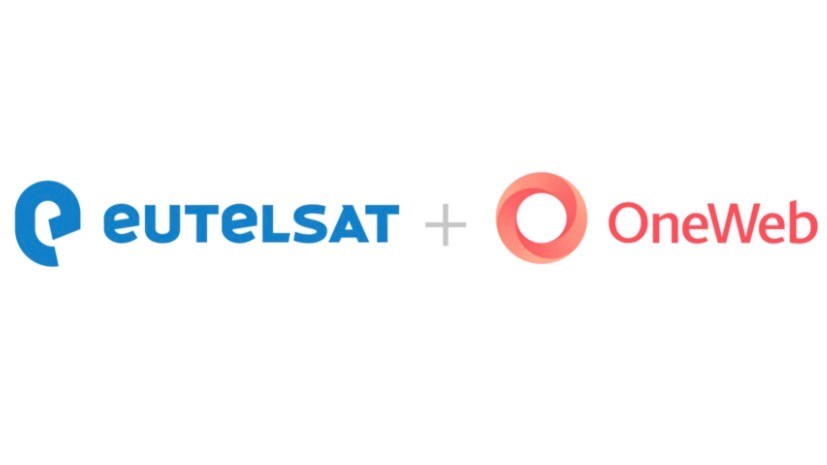 In today’s industry news roundup: The satellite wedding of the year is confirmed; BT reminds everyone it has a network plan (that’s going very well, thank you); India’s 5G auction kicks off with reports of astonishing numbers; and more!

The plan to combine satellite operators Eutelsat and OneWeb has been confirmed by the two companies following fevered speculation over the weekend. Eutelsat knows what it’s getting into as it is already a near 23% stakeholder in OneWeb, so has full knowledge of operations and potential. The deal, as mentioned in our previous report, is being presented as a merger but is, in effect, the acquisition of OneWeb by Eutelsat, with OneWeb being valued at $3.4bn. Once the deal is complete, Eutelsat will own 100% of OneWeb except for the ‘Special Share’ of the UK government, which has made its own self-congratulatory announcement about the deal. Eutelsat says it will combine its 36-strong fleet of geostationary satellites with OneWeb’s constellation of 648 low-earth orbit satellites, of which 428 are currently in orbit. Confirmation of the deal came as Eutelsat reported a 6.7% decrease in full fiscal year revenues to €1.15bn. Having crashed by almost 18% on Monday, Eutelsat’s share price has lost another 3.8% of its value in Tuesday trading, dipping to €8.24. Quelle dommage!

A year on from outlining its “network vision”, UK national operator BT says it is “smashing” its targets as it works towards providing high-quality, always-on and ubiquitous connectivity across the UK. In a blog written by group CTO Howard Watson, the operator has provided an update on its 4G, 5G and fibre access network rollouts and a reminder of some of the challenging aims it has set itself in terms of service availability. You can read Watson’s blog here to get further insights, but interestingly he highlighted one particular aspect of network resiliency that is often not given much thought by those not involved in network planning and maintenance: How a network performs in extreme weather conditions. “As the UK baked in record temperatures, our infrastructure kept its cool,” notes Watson. “Our datacentres, exchanges, routers and major mobile sites continued connecting customers’ calls – in some cases delivering life-saving connections – and our teams worked quickly to tackle any local issues where they arose. Like many, I’m concerned by our changing climate, but I’m also extremely proud of how BT’s infrastructure stood up to a fierce test,” he concluded. And it’s a good point – such performance is taken for granted but is not easy to deliver and, as other recent media reports noted, not all IT infrastructure fared so well in the UK’s record heat.

The first day of India’s much-anticipated 5G spectrum auction has garnered offers worth 1.45tn rupees ($18.2bn) during four rounds of bidding, according to multiple media reports that attributed the stunning financial details to India’s telecom minister, Ashwini Vaishnaw. Bids were received from all four participants – Bharti Airtel, Reliance Jio, Vodafone Idea and newcomer Adani. If that sum is valid, that is an extraordinary amount… For more on Adani’s involvement in the process, see Adani Group rattles India’s 5G cage.

In the US, the Biden administration and the FBI are investigating the Chinese telecoms equipment company Huawei in regard to the many mobile phone towers in which Huawei kit is deployed and could be used to spy on and disrupt extremely secret data from military bases and missile launching silos, then transmit the information gleaned directly back to the Chinese military. The US Commerce Department began a probe into Huawei’s antics shortly after Joe Biden took office in January 2021. In April of that year, it subpoenaed the Chinese company to compel it to reveal its, and (via Huawei) the Chinese government’s, policy on sharing data illicitly obtained by spying and undertaking surveillance on cell phone traffic, including voice and data calls and geolocation information. Good luck with that one. The US government has imposed a rip-and-replace programme that will eventually see all Huawei equipment removed from US networks and destroyed, but it will not actually have any meaningful impact until the middle of 2023, at the earliest, and with US-Sino relations at a low ebb and getting worse almost by the day, the matter is now more pressing than ever. Meanwhile, since at least 2015, the FBI and other federal agencies have been investigating incidents of Chinese companies buying land near critical and sensitive infrastructure. Why or how that was allowed to happen just beggars belief. The investigations have shown that Huawei equipment is completely capable of intercepting and transmitting back to China any and all commercial comms and data traffic, but also accessing bandwidths allocated to and reserved for the sole use of the US military. Huawei denies everything and says its equipment doesn’t work on spectrum allocated to the Defense Department, but then it would say that, wouldn’t it? In 2020, the US Congress approved a contingency sum of US$1.9bn to be made available to telcos to reimburse them for ripping out both Huawei and ZTE equipment from their networks. It’s not enough to cover the replacement cost of the estimated 24,000 pieces of Huawei products that will have to go, and at least a further $3bn is needed. The net result is that no equipment has been ripped out and rural telcos (most missile sites are located in sparsely populated and remote areas) have not received a penny in federal reimbursement cash. It is madness and whoever is overseeing the programmes should get a proverbial rocket up the backside. Meanwhile, China maintains the ludicrous fiction that it does not spy on the US, and Huawei says the “possibility” that its equipment can be used to spy on and transmit US military secrets is an “ignorant assumption”. It’s enough to make a cat laugh.

The Chinese government’s efforts to regulate and control the nation’s big technology companies goes on and on. Yesterday the State Council, the mouthpiece for the politburo, announced the formation of "an inter-ministerial joint conference system on the development of the digital economy”. It will be headed by the National Development and Reform Commission and will manage and police the technology-related regulatory endeavours of 20 of China’s departments of state and ministries. Members of the new permanently sitting conference system include The Ministry of Science and Technology, the Cyberspace Administration of China, the Securities Regulatory Commission, the State Taxation Administration and, surprise, surprise, the Ministry of Education. The ongoing conference will “implement  decisions of the Chinese Communist Party's Central Committee and the State Council, regarding implementation of the digital economy development”. It will also: “Coordinate the formulation of plans and policies in key areas of the digital economy, such as digital transformation, promotion of big data development, and setting agendas for annual digital economy development goals.” Further, it will: “Coordinate major digital economy projects and pilot demonstrations as well as assisting on other tasks assigned by the Party Central Committee and the State Council.” Nice and vague and all-encompassing, that one. It could apply to practically anything and, no doubt, it will. Alibaba, the huge Chinese multinational technology company specialising in e-commerce, retail, internet and technology, has fallen foul of the politburo before and seems to have had some prior knowledge of the potential impact that the endless conference (sounds a bit like the Spanish Inquisition, doesn’t it?) might have on business. In its annual report, Alibaba wrote that those doing business in China should always be aware of the hazards contingent on “changes and developments in the political and economic policies of the PRC government, and uncertainties regarding the interpretation and enforcement of PRC laws, rules and regulations."

The market for private 4G/5G small cells will not grow as fast as previously envisaged, according to the team at research house Dell’Oro Group, which has cut its cumulative 2022-26 forecast for the market by about 20%. But the private networks RAN equipment sector is still going to grow and be lucrative for vendors, notes Stefan Pongratz, vice president at Dell’Oro, who says the market is still “a massive opportunity” but that it’s “a long game”. That said, the Dell’Oro team still expects the private wireless 4G/5G small cell sector to be worth between $800m and $1bn in 2026, so there’s a sizable pot of gold for the vendors to work towards.