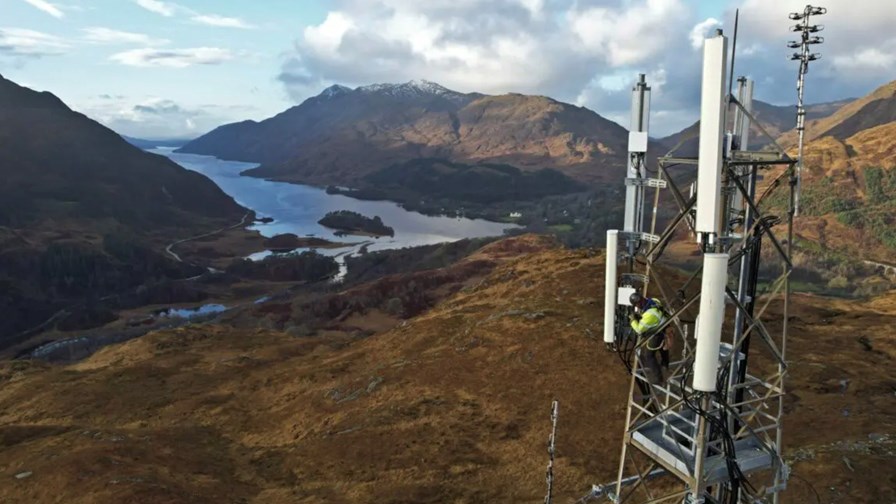 In today’s industry news roundup: Cellnex meets its obligations with sale of 1,100 towers; OnNet Fibra is expanding its access network reach in Chile with Entel deal; Taiwan’s chip sector is trying to stick with US trade sanctions but keep Chinese customers happy; and more!

Wholesale passive infrastructure operator Cellnex has struck a deal to sell about 1,100 UK mobile infrastructure sites to rival neutral host network operator Wireless Infrastructure Group (WIG) for an undisclosed sum. The sale of the towers fulfils Cellnex’s agreement with the UK’s Competition and Markets Authority (CMA), which earlier this year ruled that Cellnex could acquire 6,000 UK sites from CK Hutchison as part of a giant pan-European €10bn deal struck in 2020 only if it sold off sites that already overlapped with its existing infrastructure footprint. WIG, which is backed by Brookfield Infrastructure Partners, currently has around 2,200 sites in the UK, so this deal boosts its footprint by about 50%. Read more.

OnNet Fibra, the wholesale open access fibre access network operator in Chile formed last year by Telefónica (Movistar) and KKR, has reportedly struck a deal to acquire fibre-to-the-home network assets that reach 1.2 million premises from Entel, Movistar’s main rival in the country, for €365m, according to Expansión newspaper. The deal, which would expand OnNet Fibra’s total network reach to 3.9 million premises, also involves Entel becoming a wholesale customer that will use the OnNet Fibra infrastructure to market its broadband services. The move highlight’s Telefónica’s intention to use business partnerships, its network know-how and the potential returns available from open access networks to remain a major player in Latin America but without having to provide all of the required investment and then be the only company trying to make the best use of the deployed network assets. The operator has a similar fibre access network operation, again through a tie-up with KKR, in Colombia – see Telefónica, KKR create $500M open access FTTx operation in Colombia.

The strategically important Taiwanese semiconductor industry straddles both the eastern and western worlds. While politically and contractually committed to exporting microchips to the US, Europe and other countries, 60% of Taiwanese chips actually go to the People’s Republic of China. It's a huge market and Taiwan must walk a tightrope to ensure that these important trading ties to the PRC are not severed while maintaining its lucrative relations with the west. As part of that initiative, Wang Mei-hua, Taiwan’s Minister of the Economy, has announced that the high-tech companies of the island state will conform to US export control regulations designed to prevent China from gaining access to advanced semiconductors, even though the restrictions “will hurt some [Taiwanese] businesses”. She added that the trading conditions are “falling under the overarching policy of the United States and probably for very good strategic and security reasons, from the US perspective”. Thus, Taiwan will “follow whatever rules and guidelines are set forth by our trading partners such as the United States. In that respect, we do not have a lot of room to bargain. We will exercise caution as we follow the rules, as we conduct our trade.” The minister continued: “A major portion of our exports and chip shipments are closely tied with China’s existing position as a major global factory and the assembly line for the world, and it is very important for them economically to have prosperous economic development to continue that role, and that’s why it’s a big paradox here for any powers involved. Our stance is that we will never provoke anything. Our wish is to ensure that we maintain peace and stability across the Taiwan Strait.” Talk about the proverbial rock and a hard place.

Global telco revenues from 5G services are set to rise by 60% year on year to $315bn in 2023, according to a new market forecast from Juniper Research. But those revenues aren’t adding to the overall telco top line – the analyst team notes that the increase will be driven mainly by “the accelerating migration of cellular subscriptions to 5G networks, owing to operator strategies that minimise or remove any premium over existing 4G subscription offerings,” and that 600 million additional 5G subscriptions are expected be created next year, “despite the anticipated economic downturn in 2023”. Read more.

Connected bus shelters are an obvious place to put mobile access points and they are often enlisted – along with other street furniture such as telephone boxes (where these still exist) – as a component in neutral access networks. This is where a third party builds a mobile radio network and connects all the network operators to it. The approach can make lots of financial sense for operators where planning permission is difficult and where a local authority can be convinced that having just one infrastructure builder in a particular area to serve all operators might be a good idea to minimise disruption and citizen anger (it’s amazing how hostile residents can become when their streets are blocked by digging machines!). Using bus shelters can still make sense without the neutrality model too. Connectivity infrastructure-as-a-service provider Freshwave and outdoor advertising specialist Clear Channel UK have got together with mobile network operator Virgin Media O2 to mash together bus shelter advertising and notifications with mobile infrastructure provision and mobile services in the London borough of Tower Hamlets. Operators can order up small cell technology for one or more bus shelters in a particular area to densify coverage and ease capacity constraints while improving speeds for subscribers. The companies say 5G will be added to the shelters in due course. Read more.

Which players have the edge? Most analysts agree that the edge ‘market’ is galloping ahead – the consensus on edge infrastructure growth from a range of analysts (rough calculation) is somewhere in the 20% to 25% per annum range – healthy but hardly spectacular. However, at least one edge analyst is highlighting another dimension: The growing importance of the edge ecosystem. London-based research group STL has developed what it calls an edge ecosystem tool through which it charts the specialisations of a growing collection of players primed to provide the partnerships and inputs necessary for the edge to grow. STL claimed it has been particularly focused on the software application ‘bucket’, which it said has been designed to help its edge clients to evaluate potential partners. According to the analyst, it has added more than 100 new companies to its edge ecosystem tool over the past year, bringing its edge ecosystem total to more than 250. (Read STL's impressive explainer here.)

Verizon’s share price fell to a ten-year low and closed at $35.35 last Friday following the publication of its third-quarter results, which showed that a price increase in the summer contributed to the loss of 189,000 consumer contract mobile subscribers, though an increase in business mobile customers helped it achieve a small quarter-on-quarter increase in mobile customers. The operator said it expected the trend of consumer postpaid customer losses would increase during the current quarter. Verizon ended the quarter with 91.48 million consumer mobile postpaid customers and 28.58 million business mobile postpaid customers. Total group revenues of $34.2bn were 4% higher year on year, but adjusted earnings were down slightly and net profits dipped by 23.3% to $5bn. For further details, see this earnings release.

Ariane 6, the European Union’s new, big, 62-metre high, three-stage commercial launch vehicle has been in development for over a decade but still hasn’t left the launch pad. The maiden commercial payload flight into orbit was scheduled for 2020 but it didn’t happen. The same applied in 2021 and it has now been confirmed that it won’t fly in the dying months of 2022 either. A press release issued last Thursday (20 October) by the European Space Agency (ESA) also confirmed rumours that no launch will take place next year, so the earliest "likely" date is now said to be sometime in 2024 – but could be even later than that if some serious technical issues with the rocket are not resolved. The project has already cost well north of €4bn and the latest delay will add getting on for another billion euros to the price. Ariane 6 is not cheap, it’s not reusable either. Every take-off expends an entire rocket, unlike Elon Musk’s SpaceX launch vehicles, which feature major components that are reusable and have been proven to be so. As far as Ariane 6 is concerned, there are plans to make the vehicle’s first stage (dubbed Themis after the Ancient Greek goddess of justice, order and fairness) reusable and there is another, vague, plan for the development of a reusable second stage. However, as this is slated for preliminary discussion when EU ministers representing ESA member states meet in Paris next month, nothing practical will happen for years. The pressure is on the ESA to provide a viable and reliable heavy-launch rocket that is both bigger and better than the venerable but trusted Ariane 5 which, after a generation of stalwart service, is now no longer in production. As there are only three Ariane 5 flights left to launch (and they are fully booked) and international sanctions prevent satellite companies from opting to use Russia’s workhorse Proton rockets as alternative launch vehicles, the gap left in the market means that customers will have to use US rocket companies that are direct competitors of the ESA. That’s far from an ideal situation where commercial satellite launches are concerned but Stéphane Israël, the CEO of Arianespace said, "We see an accessible market for Ariane 6”, adding that binding contracts for 29 Ariane 6 launches have already been signed. He further commented: “It’s a very strong order book for a launcher that’s not flown yet.” Indeed it is. Amazon has already booked 18 Ariane 6 launches to help deploy its massive Kuiper constellation of 4,000 satellites. And, of course, the world's biggest Twitterer, Elon Musk, found time to tweet out a spoiler: “Congrats to @SpaceX team on 48th launch this year! Falcon 9 now holds the record for the most launches of a single vehicle type in a year.”