What’s up with… BSNL, Eugina Jordan, T-Mobile US and SpaceX 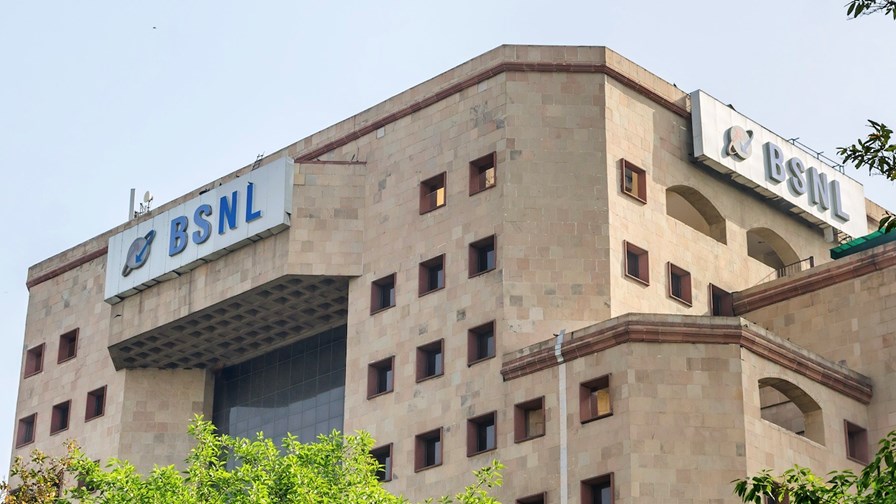 In today’s industry news roundup: India’s state-owned operator BSNL is set to put 10,000 towers up for sale; former Parallel Wireless executive Eugina Jordan is the Telecom Infra Project (TIP)’s new CMO; the CEOs of T-Mobile US and SpaceX are set to make a “connectivity” announcement; and more!

Indian state-owned operator BSNL has reportedly initiated a process to sell an initial 10,000 towers to meet targets set as part of the country’s National Monetisation Pipeline (NMP) programme, which aims to lease core assets owned by the government and increase private sector participation in the creation of new infrastructure. The Economic Times reported that BSNL seeks to raise INR40bn (US$501m) from the move and has chosen KPMG as a financial advisor for the sale process. The company operates 68,000 towers across India but is selling only the passive infrastructure assets that are already being used by other operators, such as Reliance Jio and Bharti Airtel, under existing tower sharing agreements, the newspaper noted. As part of the NMP programme, BSNL is expected to sell (and then lease back space on) nearly 14,000 towers by the end of March 2025, a move that will help to optimise costs and reduce debts. Following years of under-investment and crushing competition from its privately-owned rivals, BSNL was recently handed a financial lifeline, and a very useful merger partner, by the Indian government – see What’s up with… BSNL, EE, Open RAN.

Eugina Jordan, who until recently was the EVP of marketing at Open RAN specialist Parallel Wireless before a “mass layoff” at the company in June, will be the new chief marketing officer (CMO) at the Telecom Infra Project (TIP), starting 1 September. The announcement was made via a LinkedIn post by TIP, in which it highlighted Jordan’s extensive “strategic marketing leadership experience” of more than 20 years spread across small and Fortune 500 global tech companies. TIP also noted that while serving at Parallel Wireless, Jordan was “instrumental in driving industry awareness” of the company and the Open RAN sector. In a separate LinkedIn post, Jordan commented on the appointment, saying: “You don’t pick telecom, telecom picks you, and once it does, it becomes your life and your passion”. She also urged existing and potential members of TIP, vendors and operators for cooperation to create “high-quality connectivity that the world needs – now and in the decades to come”.

Mike Sievert and Elon Musk, the CEOs of T-Mobile US and SpaceX respectively, are to make a joint announcement mid-evening east coast time today, Thursday 25 August (8.00pm EST, 1.00am BST Friday), about “plans to increase connectivity”. While neither company has shared any details in advance, it seems likely, as is being speculated widely in the media, this will involve a joint service package to offer Internet access via the giant US operator’s mobile broadband connectivity (4G/5G) and SpaceX’s Starlink satellite broadband service so that users always have some kind of wireless data access wherever they are across the US. If that’s the case, then it’ll be striking a deal somewhat similar to those already announced by its main mobile competitors. Last year, AT&T forged a relationship with Starlink rival OneWeb with the aim of improving data connectivity for the US operator giant’s business customers in “remote and challenging geographic locations”, while Verizon announced a plan to extend its connectivity services to the harder-to-reach parts of the US by striking a partnership with Amazon’s planned Project Kuiper LEO satellite network. Whatever it is Sievert and Musk have planned, all will be revealed late Thursday/sometime Friday, depending on where we are in the world: Those who are awake and interested can watch the announcement live via this link.

Both Ericsson and Nokia are boasting that their mobile network systems can support multiple, differentiated network slices on end user devices running the Android 13 operating system (OS), which was released on 15 August with multiple enhancements, including the ability to support slicing. The Swedish vendor and Google, using a device test and environment and Google Pixel 6 (Pro) devices using Android 13, “demonstrated support on Ericsson network infrastructure for multiple slices on a single device running Android 13, supporting both enterprise (work profile) and consumer applications”, it noted in this announcement. The Finnish vendor noted in this announcement that its trials, also using Google Pixel 6 (Pro) devices, were conducted “using Nokia’s end-to-end 4G/5G network slicing product portfolio across RAN-transport-core as well as related control and management systems. The trial included 5G network slice selection and connectivity based on enterprise and consumer application categories as well as 5G NR-LTE slice interworking functionalities.” The potential of network slicing has been hyped for years and is still seen as a vital use case for 5G service providers: The Android 13 OS is already being loaded onto Pixel devices, and during the next four months will be added to devices from Samsung Galaxy, Asus, HMD (Nokia phones), iQOO, Motorola, OnePlus, Oppo, Realme, Sharp, Sony, Tecno, vivo, Xiaomi and more.

Singtel, which employs 12,000 people in Singapore, has committed to invest S$20m (US$14.4m) per year and “create a new learning academy to further enhance its training efforts” as it strives, like its peers, to become a digital service provider (DSP). “With the advent of new technologies accelerating the digitalisation of organisations and the nature of work, today’s workers need to be agile and adaptable, and take charge of their career development,” noted the operator in this announcement. “With its $20 million annual investment, Singtel will continually design and enhance its people development programmes, for example, inculcating the right mindset to drive innovation and pivot to address disruption, building an inclusive workplace culture, and developing leadership excellence,” it added. Singtel is in the midst of a broad asset and portfolio transition as it repositions itself for a more digital, cloud-oriented world, with its latest move being the sale of a stake in India’s Bharti Airtel to raise funds for its next generation network and digital platform investments – see Singtel sells $1.6bn stake in Bharti Airtel to help fund its 5G, digital plans.

MTN has kicked off a 5G pilot service in Nigeria ahead of a full commercial launch in seven cities in the near future. The limited offering of the next-generation wireless technology is available to 5G-enabled devices in the cities of Lagos, Abuja, Port Harcourt, Ibadan, Kano, Owerri and Maiduguri, where the telco is testing its 5G network infrastructure. “5G has the potential to change everything. It will allow us to connect, create, collaborate and compete in ways we’ve not even begun to imagine”, argued MTN CMO Adia Sowho. She added that MTN is the first operator to “bring 5G to Nigeria”. The other player in Nigeria with a licence for 5G spectrum is Mafab Communications, which was reportedly granted a five-month deadline extension by the local authorities for commercial services launch until the end of January 2023.