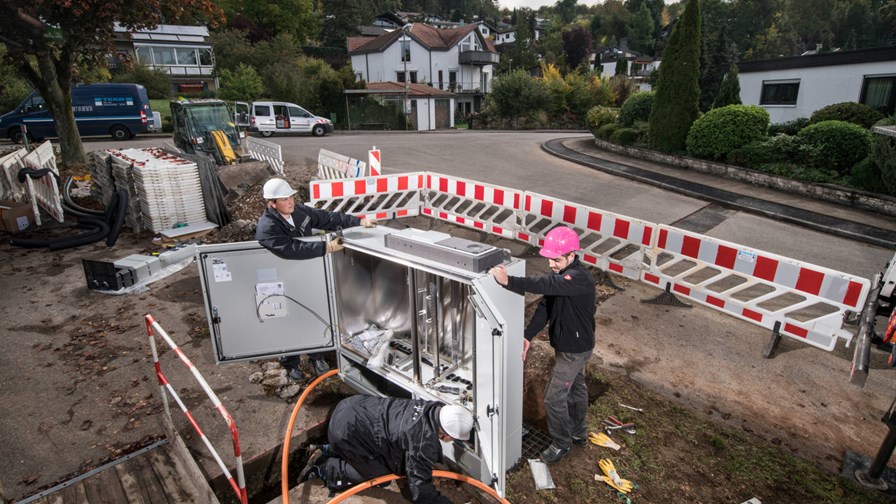 A new report from Parks Associates, the Addison, Texas-headquartered research house, shows that in the US so-called "stand-alone broadband" (which basically means broadband connectivity sold to consumers without it having to be part of a bundled package of services that typically includes over-priced pay TV) is becoming increasingly popular.

The "360 Deep Dive: Broadband Value-added Services" report shows that the rate of adoption of standalone broadband in US households rose from 34 per cent as at the end of 2017 to 42 per cent by 31 March 2020.

The report adds that the average American stand-alone broadband subscriber now pays US$60 per month for connectivity. Parks Associates says the prices of stand-alone broadband rose by 36 per cent between the end of Q1, 2012 and Q1 this year. Prices charged to subscribers paying for bundled services packages which include TV as well as broadband increased from $107 to $127 a month over the same period.

The new study also assesses of value-added services (VAS) and finds that while higher broadband access speed is currently far and away the biggest driver of increased average revenue per user (ARPU), VAS will become increasingly important over the next months and years.

The Director of Research at Parks Associates, David Drury, commented, "Broadband growth has plateaued, so the next opportunity is in VAS. Providers have generally used VAS as a marketing tool to attract and retain subscribers, so for them to make the transition to a revenue source, companies need a clear understanding of the gaps in consumer satisfaction and demand for strategic and successful VAS deployments."

Given the persistence and virulence of the ongoing COVID-19 pandemic it is applications such as telehealth, video-conferencing and remote-learning that are driving the uptake of value-added services. Close to 50 per cent of all US households with broadband access are in receipt of at least one free-of-charge VAS from their ISP.

The report shows that amongst US broadband providers, AT&T and Altice's 'Suddenlink" subscribers use the most VAS apps, some of which are free and others that have to be paid for. Those most commonly adopted include tech support, anti-computer virus capabilities, streaming video and WiFi.

Respondents to the Parks Associates researchers were specifically asked whether or not they have a VAS from their service provider/ISP and if they are aware of a value added service offered that they see as particularly pertinent to them and their circumstances. Interestingly, those that were aware of a specific VAS offering but decided not to take one (especially when it has to be paid for) outnumbered those that would take such a service by a ratio of 2:1.

Meanwhile in the purely mobile VAS market (MVAS), research by Global Markets Insights of Delaware in the US shows that the segment actually surpassed $400 billion in 2016. Before the pandemic the segment was forecast to rise globally at a compound annual growth rate (CAGR) of 15.1 per cent through 2024.

With the continuing impact of COVID-19 it is now evident that the growth rate could increase well beyond that figure given the ever-increasing penetration of smartphones, tablets and broadband subscriptions around the world together with number of active mobile broadband services that driving market demand during a unique period in world history.

Hitherto, mobile banking and payments had been the fastest growing segments in the MVAS market and novel services such as mobile wallet, mobile remittance and business correspondence also provided major opportunities for the industry growth.

However, the global pandemic has added massive impetus to the development and growth of health services and apps with remote diagnosis and treatment now very much the order of the day in over-burdened health services all over the world. While 4G technology is proving to be remarkably effective in this regard, the imminent deployment of commercial 5G is regarded as a catalyst that will change medicine and health care forever. The US still has the lion's share of the MVAS market share accounting for more than a quarter of the global revenue of the sector.

Broadband service providers determinedly took up the immediate challenge, solved some hair-raising problems, kept the networks up-and running and acquitted themselves remarkably well in unique circumstances. However, they now to consider the long-term implications for their networks.

Changes in working practices and digital behaviour are here to stay and this has major ramifications for telcos and service providers as more and more people rely on their home connectivity. The pandemic is not over. The likelihood of the imposition of periodic lockdowns in f different geographical areas, towns and cities is very high until a vaccine is found and the strain on networks is unlikely to slacken off. Simultaneously now is also the time to consider and plan for the roles broadband will plays in post-COVID societies and economies.