Space: The Crowded Frontier - where accidents are waiting to happen 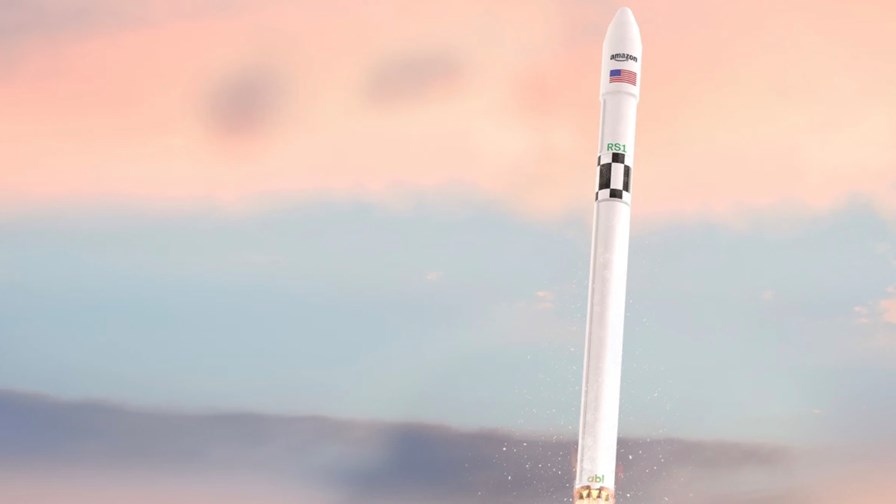 Space might be cold, but the Low Earth Orbit (LEO) satellite industry is hot, hot, hot as companies rush to get their constellations launched into what is, literally, a very crowded sector. According to the latest Index of Objects Launched into Outer Space, which is compiled by the United Nations Office for Outer Space Affairs, as of the beginning of May this year there were 7,389 individual satellites in orbit and many more have been launched since then.

In January, the Union of Concerned Scientists stated that of those that are active, 1,832 were communications satellites, 906 were for earth observation, 150 for navigation and positioning, 350 were for satellite development and demonstration and 10 were assigned to the mysterious “other purposes” category which covers a multitude of scary/intriguing possibilities. Meanwhile, according to NASA, there are millions of pieces of debris flyng in orbit, varying from derelict spacecraft and fragmentation debris from the breakup of rocket bodies all the way through to tools “dropped” by astronauts and down to specks of paint and globules of frozen urine all hurtling around the globe at speeds in excess of 17,500 miles an hour. And each one has enough kinetic energy to cause catastrophic accidents.

With every launch the chance of collisions grows. Such accidents, in addition endangering life on board manned spacecraft such as the International Space Station, could not only destroy or knock out of orbit an operational satellite but there is also the ever-increasing chance of a chain reaction being set in motion that would result in many satellites being damaged or destroyed, with incalculable effects on terrestrial communications. What’s more, the huge satellite constellations that are planned and even now are being deployed (such as SpaceX Starlink) to meet the urgent demand for satellite broadband services means the management and monitoring of space debris is of pressing global importance.

To that end, the Inter-Agency Space Debris Coordination Committee (IADC), the international forum of governmental bodies for co-ordinating responses to space debris, was formed way back in 1993, but it is the European Space Agency (ESA) that actually has commissioned the building of ClearSpace-1, a vehicle to capture and remove items from orbit. The trouble is that it won’t be launched until sometime in 2025.

Meanwhile, Project Kuiper, Amazon’s US$10 billion LEO Internet-in-Space constellation, has just announced it will launch the first two prototypes satellites in Q4, 2022. KuiperSat-1 and KuiperSat-2, will be lofted 366 miles into orbit on the RS1 launch vehicle, an experimental rocket under development by California, US-based ABL Space Systems. The two prototypes will carry the same equipment, antennas, modems, power and propulsion units as will be fitted to the final operational constellation. If everything goes to plan and timetable, 3,236 Amazon satellites will be up there by 2030 providing low-latency broadband Internet coverage to remote, rural and underserved communities around the globe.

It had been expected that the Project Kuiper satellites would go into orbit as multi-bird payloads on the tried and tested Atlas V rockets provided by United Launch Alliance (ULA) company, and nine such flights have already been booked. However, Amazon says it has been impressed by ABL, even though the company has yet to launch a test RS1 rocket, and even if the RS1 is successful it will be able to carry a maximum payload of only 1.5 tons which equates to just two Project Kuiper satellites,

Amazon’s decision may well be a case of “needs must when the devil drives,’ given that a couple of months ago ULA announced that it will be retiring the venerable Atlas V service and all the remaining rockets have been allocated to commercial launches. As the Kuiper constellation will be well over 3,000 strong, it is evident that another mass-produced launch vehicle will be needed, even if the nine booked launch slots on the Atlas V will sling many Kuiper satellites into orbit. Hedging its bets, Amazon says ABL will provide the “right capacity and cost-efficiency to support our mission profile.”

Astronomers and space scientists have been complaining that the proliferation of constellations of LEO satellites, which can be seen, brightly-lit and rapidly moving across the night sky, are disrupting serious observation programmes. Well aware of any bad press that might result, Kuiper says it is “working with astronomers and others in the industry to reduce the visibility of Kuiper System satellites” and KuiperSat-1 will be fitted with the equivalent of a parasol to test the efficacy of lessening the glare of reflected sunlight. In space no one can see your SPF 10,000 UV protective layer.

Next year’s mooted launch of the first Project Kuiper satellites will signal the start of a time of increasingly intense competition between alternative LEO satellite systems, but it will be a period where Elon Musk’s SpaceX company already has a strong lead. His Falcon 9 reusable rocket launchers have blasted some 2,000 satellites into orbit for the Starlink venture already and many thousands of customers are already testing the operational beta service (for $99 a month and $499 for the antenna) and the company already has more than half a million pre-orders from wannabe subscribers.

The 100 Mbps to 200 Mbps prototype service is not free, even if you are a rural guinea pig, and that’s the ultimate point and purpose, of course. All players are hoping to make billions of bucks in revenues when the satellite broadband concept has been proven, vindicated and becomes just another, albeit fairly expensive, communications service. To that end, only last week Kuiper announced it was in partnership with Verizon to deliver backhaul connectivity for the big US carrier’s 4G/LTE and 5G coverage in more underserved areas. Kuiper adds that its ground-based tests demonstrated maximum throughput speeds of “up to” 400 Mbit/s, but that is no real indication what the service from close to 400 miles above the earth will be like in practice.

Elsewhere, the UK’s incumbent telco, BT, has announced that it is in strategic partnership and has signed a services and connectivity deal with the UK Government part-owned OneWeb, LEO system which has launched 72 satellites so far this year. The first trials of the system take place in Q1, 2022. Plans are for OneWeb is to deliver global coverage by June next year via through a modest constellation of a mere 648 LEO satellites. It will deliver some services from the North Pole to the 50th parallel, and cover all the United Kingdom, later this year. The partnership supports BT’s wider network ambition, to deliver digital solutions across the entire UK by 2028.