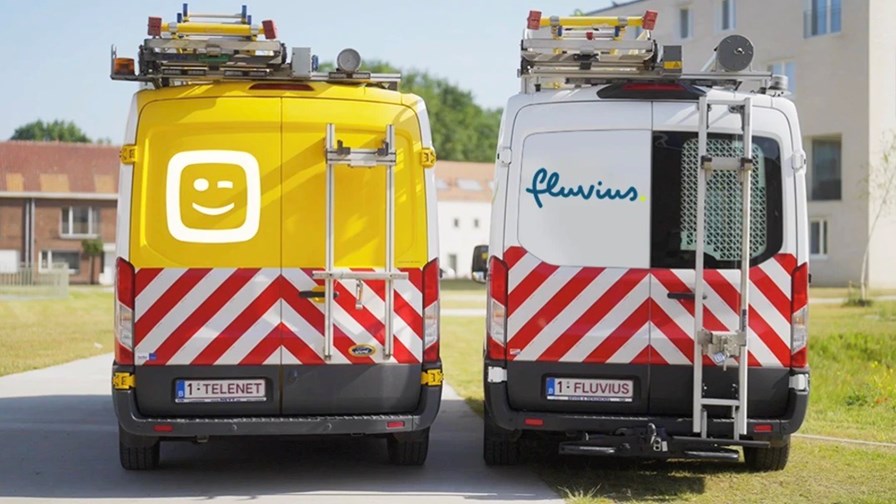 As fixed line network operators the world over consider the optimum network architecture that will best suit the needs of their business plans, as well as those of their customers, Belgian cable operator Telenet has taken a novel approach to bringing fibre-to-the-home (FTTH) technology into its rollout plans without breaking the bank or abandoning all of its existing cable broadband plant.

The operator, which has about three million mobile customers and more than 1.7 million subscribers to both its cable video and cable broadband services, has a cable network that passes about 3.4 million homes in the Flanders region of Belgium and the capital city of Brussels. It is majority owned by Liberty Global, which has cable operator companies in six markets across Europe. (Background: Flanders is a Flemish-speaking region that covers roughly the north half of the country with about two-thirds of the 11.7 million population; Wallonia is the French-speaking southern part of the country with about one-third of the population. The area of, and around, Belgium’s capital Brussels is regarded as independent.)

And like most (if not all) cable operators, it has to decide whether to migrate its physical network access infrastructure to fibre or to continue with the evolution of the cable sector’s hybrid fibre coaxial (HFC) technology that has delivered broadband services using gradual iterations of data over cable service interface specifications (DOCSIS).

Some cable operators have already taken a decision: Another member of the Liberty Global stable, UK operator Virgin Media O2 (which Liberty co-owns with Telefónica), has already decided it will evolve its DOCSIS-based cable broadband access network to a fibre-to-the-premises (FTTP) architecture by 2028.

Telenet is taking an interesting hybrid approach in terms of business structure, business strategy and technology deployment. It is forming a standalone joint venture company with fellow Belgian company Fluvius that will comprise the fixed access network assets of both companies and will act as an open-access wholesale network operator that can be used by any broadband service provider. The new company, currently dubbed NetCo, will be 66.8% owned by Telenet and 33.2% owned by Fluvius, and will thus be treated for financial reporting purposes as a subsidiary of Telenet. However, NetCo will be open to additional strategic or financial partners taking a stake.

Once formed, NetCo plans to invest €2bn in upgrading and expanding the network into one that can eventually deliver broadband speeds of 10Gbit/s to its customers. Most of the network will adopt fibre-to-the-home (FTTH) technology, with an estimated 78% of the network footprint being FTTH by 2038 (the majority of the planned investments will happen over the next eight years, though). However, where FTTH technology is either uneconomic or unsuitable to deploy, NetCo will upgrade the existing HFC network with next-generation DOCSIS 4.0 technology to enable the 10Gbit/s downstream speeds the operator wants to achieve.

Ultimately, NetCo will have a mix of access technologies (but always with a focus on delivering competitive, high-speed connectivity to its customers), a mix of wholesale customers (including Telenet) that will use the network for broadband service delivery and generate revenues to NetCo, and a number of owners. It’s a model that seems suitable for the new era that the communications networking sector is entering.

Telenet’s strategy could have been slightly different though. It narrowly missed out on acquiring fellow Belgian cable operator Voo, which was snapped up by Orange. Voo has network coverage in Wallonia and Brussels and would have complemented Telenet’s infrastructure quite neatly and given NetCo even greater scale and reach.

The NetCo move marks the latest in a series of significant decisions made by the operator about how it develops its underlying infrastructure for the future and how its strategy is funded. It recently sold its towers to DigitalBridge for $820m (and will lease back space on those towers for its mobile network operations) and invested €264.3m on new spectrum licences (including some for 5G services).

Telenet has clearly made its mind up about where it needs to focus its attention, effort and capital, with shared infrastructure in the access network (towers, broadband access infrastructure) part of the mix. It’s likely this will become a very popular model, especially in highly competitive markets with limited scale such as Belgium.