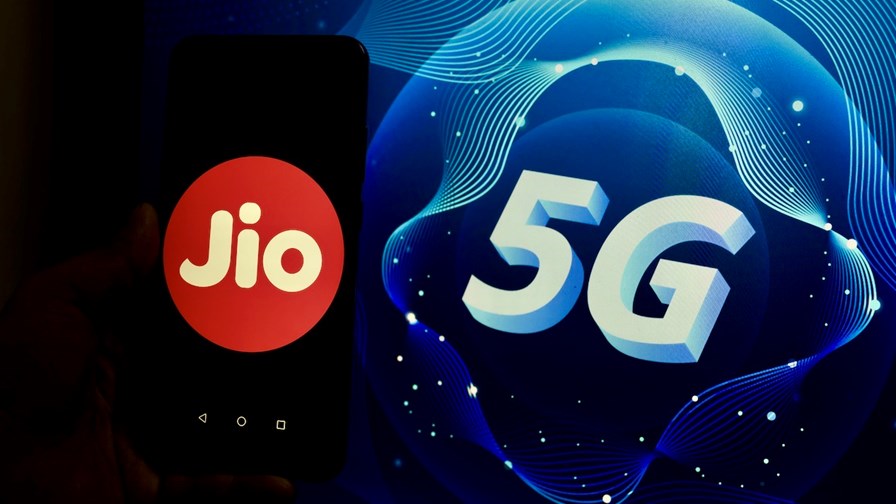 Reliance Jio’s 5G smartphones are set to be priced at between 8,000 Indian rupees (INR) ($98) and INR 12,000 ($147) once the operator’s 5G coverage “has reached a good threshold to attract the mass-market 4G smartphone users to its 5G network”, according to Counterpoint Research. The Counterpoint team has undertaken a bill of materials breakdown analysis of the Indian operator’s current 4G JioPhone Next device, which was developed in partnership with Google. The firm’s fascinating analysis finds that the current 4G device costs just $58 to make, and retails at anything between $55 and $80 (depending on trade-ins, offers, promotions and so on). Jio, India’s leading mobile operator with more than 410 million cellular connections, plans to launch its first 5G services in October, then roll out the service extensively and quickly over the following 15 months – see India’s Jio to splash $25bn on achieving nationwide 5G coverage by end of 2023.

Following the national election held at the weekend in Italy, the country’s state investment bank the Cassa Depositi e Prestiti SpA (CDP) is set to make a non-binding offer to acquire the fixed access network assets of national operator Telecom Italia (TIM), reports Reuters. An agreement had been reached earlier in the year that CDP would move to acquire the assets and merge them with those of rival access network wholesale operator Open Fiber to create a single Italian national broadband network, but developments were held up while the latest general election process took place. Now, with a new government coalition to be formed by right-wing party Brothers of Italy, the CDP is ready to move forward with its bid as soon as it has finalised the price it feels it can offer, with a bid due to be tabled in early October. But, as previously reported, that will by no means be the end of the affair as it’s unlikely that CDP’s offer will match the valuation that TIM shareholder Vivendi has demanded for the access network assets – a red hot €31bn.

The Indian government has published its draft Telecommunication Bill, 2022 on the website of the Department of Telecommunications (DoT) and has invited feedback until 20 October. It seems it might get quite a few responses. The Indian media has jumped on the proposals that third-party internet services and apps should be regulated in the same way as telecom services, arguing that this would create a regulatory nightmare that would frustrate consumers and suppress innovation. Commentators have also highlighted that the bill, as it currently stands, diminishes the role of industry watchdog the Telecom Regulatory Authority of India (TRAI), leaving greater power in the direct hands of the government, and provides the government with immunity against legal action resulting from any actions it takes when implementing articles of the bill. For an example of the criticisms levelled at the draft bill, see this analysis published by The Telegraph Online. There is no doubt that India’s communications industry legislation needs updating, but the government of prime minister Narendra Modi should not be allowed to disarm the TRAI and implement retrograde regulation against the internet services sector to appease the very telcos that failed to develop any new popular digital services themselves.

T-Mobile US has teamed up with InDro Robotics, a Canadian “air and ground robotics research and development company”, to carry out trials that use the operator’s 5G connectivity “to remotely connect and operate Indro Robotics’ ground-based industrial inspection robots, testing security and inspection capabilities at electrical substations”. Read more.

Globe, the largest network operator in the Philippines, has struck another towers sale deal, this time for 1,350 sites. The buyer is Phil-Tower Consortium, which is working with multiple network operators in the country to build and manage their passive infrastructure assets. The deal is valued at 20bn pesos (PHP) (US$338m). Globe had noted that such a deal was in the works when it announced two other tower sale agreements worth 71bn PHP last month – see Globe offloads towers for $1.28bn.

Faster, faster!! UAE operator du is claiming an industry first, the “world's highest spectrum throughput”, which took place during a carrier aggregation trial that involved combining the spectrum of three time division duplex (TDD) carriers across two sub-6GHz bands. The technology partners for the trial, which achieved throughput speeds of up to 4.25 Gbit/s, were Nokia and its chip buddy MediaTek. The operator believes such carrier aggregation techniques will enable it to provide very high-speed broadband services, including 5G fixed wireless access.

Cloud-based security platform specialist Cloudflare has announced the development of the Cloudflare Zero Trust SIM, which it claims will be “the first solution that secures every packet of data leaving mobile devices”. With enterprise security now more important than ever, organisations will be able to use the Zero Trust SIM to “quickly and securely connect employee devices to Cloudflare’s global network, directly integrate devices with Cloudflare’s Zero Trust platform, and protect their network and employees”, irrespective of their location, according to the company. In addition, Cloudflare says it plans to launch Zero Trust for Mobile Operators, a “new wireless carrier partner program that will allow any carrier to seamlessly offer their own subscribers comprehensive mobile security tools by tapping into Cloudflare’s Zero Trust platform”. That sounds like the kind of partnership mid-sized mobile operators might at least want to check out. Read more.