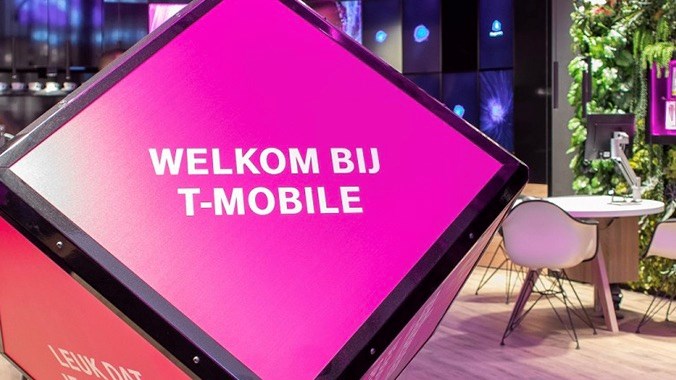 Deutsche Telekom has reportedly started the process of selling its Dutch subsidiary, T-Mobile Netherlands, which could command a valuation of about €4.5 billion. According to Bloomberg, Deutsche Telekom has issued details to potential buyers, including a broad range of private equity firms such as Apax Partners and Warburg Pincus, and wants initial bids placed this month.  T-Mobile Netherlands (25% owned by Tele2, which is also keen to sell) is the second largest operator in the country, smaller only than national operator KPN, with 6.8 million mobile customers, almost 700,000 fixed line customers and annual turnover of about €2 billion (based on Q1 numbers).

Ericsson appears to have snatched a major national 5G network deal in Malaysia from Huawei’s hands. Digital Nasional Bhd., which is responsible for organizing a national wholesale 5G infrastructure costed at 11 billion Malaysian Ringgit (US$2.64 billion), was expected to name Huawei as the main tech contractor, but instead it has awarded the Swedish vendor the deal. Ericsson is also arranging the financing for the network deployment. Initial coverage in a few cities is expected next year, with 80% population coverage by 2024. According to Digital Nasional, “Ericsson will undertake the design and development of the end-to-end 5G network comprising core, radio access and transport network, operation and business support systems (OSS/BSS) and managed services. Ericsson will also undertake capacity building and innovation programmes to support local vendor development and participation, as well as to boost 5G adoption amongst the public. This is in addition to developing use cases to accelerate industry participation.”

Open RAN vendor Airspan Networks has unveiled a range of new products to meet broader demand for alternative 5G radio access network solutions. Its new AirSpeed portfolio is a new set of outdoor small cell products, the AirStar products are new radios that can be deployed either indoors or outdoors, and the AirStrand products are designed for deployment by cable operators, which require “different form factor radios.” All the new products have been designed to support several spectrum bands, including the ‘CBRS’ 3.5 GHz band that is set to be put to significant use in the US following last year’s auction and which is expected to drive up to $2 billion in RAN investments during the next few years, according to Dell’Oro.

Qualcomm and Capgemini have announced a collaboration intended to give clients access to an off-the-shelf private network system that is fully tested and validated. Capgemini is expected to provide quicker, easier access to the benefits of private networks in industrial and enterprise settings, including for the digital enterprise, smart warehouses, and industrial IoT. The collaboration foresees Capgemini in the role of systems integrator, utilizing Qualcomm Technologies’ 5G private network system and supporting clients with their enterprise systems, edge compute capabilities, use cases, cloud and data/AI, interfaces with management systems and other bespoke elements to create end-to-end solutions. Further detail here...

Vodafone claims that every area of its business in the UK – network, data centres, retail stores and offices – is now 100% powered by electricity from renewable sources, such as wind, solar and hydro. It says that development represents a milestone in achieving its recently announced ambition to reach net zero carbon emissions across its UK operations by 2027 and follows news that Vodafone’s European network in 12 countries would likewise be 100% powered by electricity from renewable sources by July.

Telefónica Tech has announced the acquisition of Altostratus Cloud Consulting, a company that specialises in multi-cloud services and which is a Google Cloud Premier Partner for Southern Europe. Telefonica Tech will strengthen its cloud capabilities with this acquisition, adding to its team the highly qualified professionals that are part of the company.

Luxembourg-based G-Core Labs has launched a new service: renting dedicated servers as Bare-Metal-as-a-Service. “It does not always make sense to deploy high-capacity services and apps on virtual machines,” claims G-Core Labs, which suggests the bare metal servers can be fired up quickly and then used in combination with other services to build a flexible cloud infrastructure with simple resource management, balance and networks.

Veon is to sell its near 46% stake in the holding company that owns Algerian operator Djezzy. Read more.