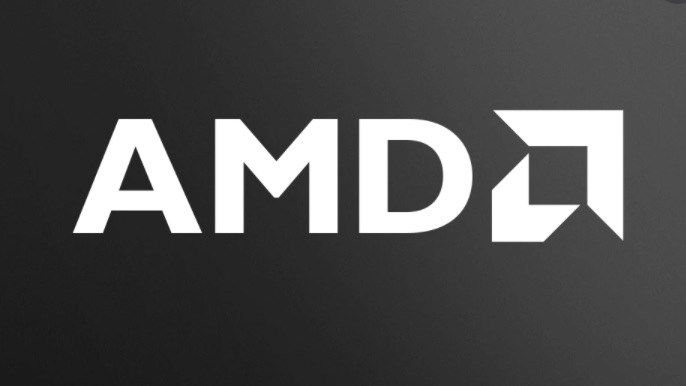 Speculation of a massive chip firm takeover deal and news of a potential major fibre network investment in Germany top this pile of news nuggets.

Xilinx, the company that (among other things) makes vital hardware components for mobile network infrastructure, is believed to be the target of a planned $30 billion-plus takeover bid by computing device and server chip giant AMD, according to The Wall Street Journal. The news lit a fire under the Xilinx share price, which is up by more than 10% to $117.05, but gave AMD investors a fright, as its share price is down by 4% to $83.03. The news comes only weeks after NVIDIA agreed to acquire Arm, thus making it an even fiercer up-and-coming rival to AMD and Intel.

Telefónica is close to striking deals with banks and an infrastructure investor worth about €5 billion to fund a major fibre access network rollout in Germany, according to Reuters. The news comes only days after Telefónica Deutschland struck a deal to use the fiber access network of national incumbent Deutsche Telekom to offer broadband services to customers.

It never rains but it pours. In the western world, for Huawei, the news is relentlessly bad. So where to start? Shunned in the US and banned in Britain, the Chinese telecoms equipment and handset company might have been hoping for better luck in mainland Europe, but it seems not. Today the Belgian operators Orange Belgium and Proximus announced they have selected Nokia of Finland to supply them with 5G infrastructure. Brussels houses the EU Commission, its executive offices and many allied agencies and, in recent years, the country has been absolutely reliant on Huawei equipment in its mobile networks. The potential security risks are obvious and, after the UK Parliament announced it has prima facie evidence that Huawei colludes with the Chinese Communist Party and state intelligence authorities, the Belgian operators have added to the vendor’s woes and decided Huawei will not play any part in their 5G networks. The situation could be repeated in other EU member states. In a statement obviously made through gritted teeth and clenched buttocks, like a euphonium player with the trots, Huawei played down the rejection, saying, "This is the outcome of a tender organised by operators and the result of the free market. We embrace fair competition." You there, at the back… stop smirking immediately!

More bad news for Huawei: Its handsets depreciate the fastest and the most. musicMagpie, a UK website business that buys, recycles, sells and trades mobile handsets, tablets, CDs, DVDs and electronic games online, has just published its latest Phone Depreciation Report, which compares the purchase value of handsets to their rate of attenuation of value over time. Huawei phones fare the worst, depreciating the most and the most quickly in a group of premium handset suppliers comprising the Chinese products together with those from Apple, Google and Samsung, among others. The report finds that Huawei handsets depreciate by 74 per cent in their first year of release and 88 per cent in their second year.  Huawei’s flagship phone of last year, the Mate 30 Pro, lost 84 per cent of its value six months after it was released to the market. By comparison Apple devices do best, losing 43 per cent of their value over a year and 61 per cent over two years. Samsung Galaxy handsets depreciate by 64 per cent in a year and by 76 per cent over two years, while the value of Google Pixel devices decrease by 67 per cent over 12 months and 79 per cent over 24 months.

There is a glimmer of a silver lining for Huawei though… in Russia. The company is to provide and deploy optical technology to permit the use of autonomous vehicles on Russia's Federal Highways. Russian roads are historically notorious for being badly maintained and often downright dangerous. Some new modern motorways have been built in recent years and more are under construction, but most federal highways are still old two-lane roads with no central reservations or barriers, the absence of which contribute mightily to the high incidence of road accidents and deaths. Huawei will equip roads with "optical communication lines" for automated control systems and "serve as the basis for the infrastructure of unmanned vehicles." Perhaps more importantly, the programme will also provide mobile phone coverage along the roads that are fitted with the new autonomous vehicle technology. Huawei also contributed to the first test of 5G in Moscow and will "work on new communications infrastructure" in various parts of Russia.

KPN has shared details of the work underway at its Energy Innovation Lab, which, among other things, is looking at ways in which to make its hundreds of local exchanges more energy efficient and sustainable. Read this press release for more.

The UK government’s Competition and Markets Authority (CMA) has asked the European Commission to allow it, rather than any European regulatory body, to review the proposed merger between Virgin Media (including Virgin Mobile) and O2 UK. “The CMA believes that the case should be transferred given its potential impact on competition in several retail and wholesale telecommunication markets in the UK.” The word Brexit was not used. See this very polite announcement, which almost says “this isn’t your concern any more, continentals,” right here.

Orange has unveiled new tariff packages for its customers in France ahead of its launch of 5G services in December.

The French giant has also announced an investment in new voice traffic PoPs and a new data clearing house in Africa as part of its support for the Smart Africa Alliance’s One Africa Network initiative, which aims keep traffic generated in, and destined for, Africa within the continent. See this announcement for more details.

Almost 82% of investors holding stock in Swiss operator Sunrise have accepted the takeover offer from Liberty Global, which is well beyond the acceptance threshold, so the $7.3 billion deal is now in the hands of regulators.

More than half (62%) of 722 IoT experts at Deutsche Telekom who participated in a recent survey believe that “the IoT holds great or even enormous potential to boost efforts to reach the goals of the Paris Agreement on climate change.” Read more about the results of this survey here.

BT, the UK's big incumbent telco, has become the first customer for Cisco's new service to accelerate Internet video streaming traffic, as demand from both consumers and businesses alike continue to rise as the Covid-19 pandemic in Britain surges into a second wave and towards a second national lockdown. The new service uses edge-deployed "Open Caching" as-a-service and is a joint venture between Cisco, Qwilt and Digital Alpha. It is designed deliberately to disrupt the extant content delivery market, and that market is huge. With more and more streaming in 4K becoming the norm rather than the exception and with 8K looming in the wings, forecasts are that, whether the pandemic is over or not, video streaming will account for 82% of all consumer Internet traffic by 2022. It is expected that CSPs and DSPs will want to use their edge assets to provide their own distributed content delivery capabilities that will allow them more control over the flow of content and enable them to provide consistent content delivery with performance and quality of service assured. BT will use the service to add multiple terabits per second capacity to meet the burgeoning consumer demand.

The School of Chemistry at the University of Glasgow has just developed a new system that can automatically turn words into molecules on demand. It is hoped that the advance will lead to the development of a huge online of tranche chemical recipes for important molecules, such as life-saving drugs, that can be downloaded as and when needed. The Glasgow researchers describe it as the equivalent of a "Spotify for Chemistry" (but hopefully without all the annoying ads). Team leader, Regius Professor Lee Cronin, says their "chemical processing unit" is a low-cost desktop robot able to spend its entire life repetitively creating chemicals to order. Earlier robot chemists required humans to program every possible variant on a theme before they could churn into action and, as there was no standard programming language, no device could understand another. Now, the Glasgow boffins have come up with a method to create new sets of instructions for robot chemists via natural language processing. "SynthReader" can scan through endless reams of scientific papers, text and reference books and recognise the procedures for the synthesis of organic and inorganic chemicals. The new system is called Chemify and it can read and run files that have been shared amongst users. Professor Cronin says, “What we’ve managed to do… is something similar to ripping a compact disc into an MP3. We take information stored in a physical format and pull out all the data we need to create a digital file which can be played on any system, in this case any robot chemist, including our robotic system, which is an order of magnitude lower cost than any other similar robot. We’re hoping that the system we’ve built will massively expand the capabilities of robot chemists and allow the creation of a huge database of molecules drawn from hundreds of years’ worth of scientific papers." He adds, "Putting that kind of knowledge directly in the hands of people with access to robot chemists could help doctors make drugs on demand in the future. It could even mean that future manned missions to Mars could take raw chemical materials with them and make whatever they need right there on the Red Planet.” So, Elon Musk, who has said he wants to die on Mars, could have a little robot helper with him as he colonises the place: a sort of white-coated (or at least white-painted) R2D2 who will not only keep him company but also run up a batch of pain relief tablets whenever Musk feels a bit peaky.