Vodafone shows its 5G credentials and joins the party 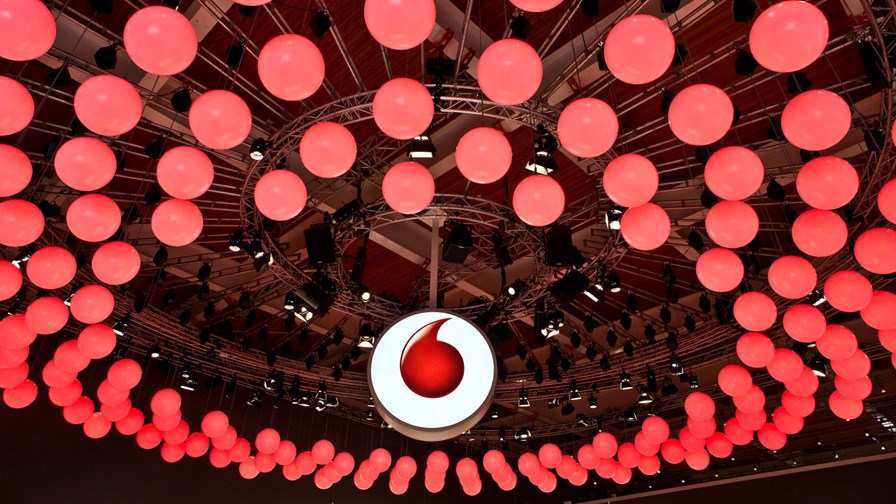 We haven’t heard too much about 5G from Vodafone, despite it being one of the world’s biggest mobile operator groups. Plenty on NB-IoT, but not so much on 5G. Until this week. – as we now have three significant announcements and a very enlightening video interview.

Firstly, cars. At the end of September, five telecoms vendors created an alliance with three German car manufacturers (the co-owners of HERE) to create the new 5G Automotive Association (5GAA). Headed by the 3GPP’s Dino Flores, the group announced that they intend to develop, test and promote communications solutions, support standardisation and accelerate commercial availability and global market penetration of V2X (vehicle to everything) communications.

We commented at the time that the absence of a single telecoms operator was a little puzzling, but all that has just changed. Vodafone Group has just announced that it has become the first telecoms operator to join the 5GAA, with Luke Ibbetson, Vodafone’s Group Head of Research & Development and Technology Strategy, joining the Board.

“The communication between vehicles, infrastructure and pedestrians using Cellular-V2X will be fundamental to the creation of intelligent transport systems,” said Ibbetson. “The technology that the 5GAA develops can lead to major improvements in driving and road safety.”

Vodafone has already started testing C-V2X, which includes LTE-V2X, and will continue that work as part of the 5GAA. It now joins Audi, BMW, Daimler, Ericsson, Huawei, Intel, Nokia and Qualcomm in the new association.

“Vodafone’s industry leadership and cellular network operator’s perspective is an important addition to the 5GAA, and it will significantly contribute to the successful development of the connected mobility ecosystem,” added Dino Flore, Director General of the 5GAA.

Vodafone’s next 5G news comes courtesy of Huawei. The Chinese vendor has announced that it has been working with Vodafone and has successfully tested 5G mobile connectivity using high and low frequency bands (although exact spectrum details have not been made public). The companies demonstrated 1.5km cell coverage in the lower C-Band and 5Gbit/s peak throughput for a single user in the high band. They say it is the world’s first 5G large scale mobility field test of macro coverage in dense urban city scenarios (but where this dense urban city is, we have to guess).

“Huawei and Vodafone are strategic partners and we are now expanding our collaboration,” said a rather busy Ibbetson. “As a leading operator in Europe and many other regions of the world, Vodafone has played a leading role in driving innovation. I am confident that the breakthrough we achieved today is just the beginning, and we expect more exciting results in future.”

Huawei and Vodafone signed a 5G strategic MoU back in 2015 and a further 5G Technologies Acceleration MoU earlier this year, so they enjoy a close working relationship. The latest tests involved the so-called “New Radio (NR)” aspect of 5G systems, and centred around tests of various candidate technologies. It’s a long list, and we have covered some of the major components in this article.

There are eight distinct building blocks that make up a new air interface, with each having several candidate technologies, depending on which vendor you speak to. All of this is being evaluated by the 3GPP group. Vodafone and Huawei have tested four of them in the latest trial, and confirm that they operate together stably:

The results show that spectral efficiency improved approximately three times in comparison with LTE. The field test also achieved peak cell throughput of 18Gbit/s under 200MHz bandwidth in the sub-6GHz band, and air interface latency of 0.5ms in the 5G NR user plane.

"The results of these tests are an important development and help further our understanding of how 5G mobile connectivity performs in high and low frequency bands,” said Yang Chaobin, President of Huawei 5G Product Line. “We look forward to continuing our collaboration with Huawei to test and evaluate emerging 5G technologies.”

The companies note that the performance achieved in this test environment study is an important reference for the NGMN and European trial initiatives to develop and verify solutions for future 5G commercial launch plans.

Which brings us nicely to the third Vodafone 5G announcement of the past 24 hours. The NGMN operator-led 5G industry group has just held its annual conference, workshop and Board Meeting in Frankfurt (TelecomTV was invited to attend but we had to decline due to scheduling conflicts – simply no coordination between the burgeoning number of industry events these days).

Bruno Jacobfeuerborn, CTO of Deutsche Telekom, stepped down as Chairman of the NGMN and Johan Wibergh, Group CTO of Vodafone, was elected in his place.

“I am honoured to be appointed as the Chairman of the NGMN Board and want to express my sincere appreciation to the former Chairman Bruno Jacobfeuerborn,” said Wibergh. “I am fully committed to continue his excellent work and to contribute Vodafone’s expertise in the Alliance’s efforts to shape the 5G development in the coming years.”

The Board also agreed to focus its work-programme in the next years on key industry areas, in particular:

In addition, the Board highlighted its commitment to maintain and grow NGMN’s network of industry vertical representatives for the work on 5G solutions addressing future business opportunities.

Finally this week, TelecomTV spoke with Susana Sabater, Manager of Cloud Network Design at Vodafone Group. The telco is undertaking a huge network transformation based on NFV and work from the TM Forum, IETF and ONF. Despite issues over NFV pricing models and the difficult (by no means limited to Vodafone) of on-boarding VNFs, she that NFV and 5G are complementary initiatives. You can watch the whole fascinating interview here.