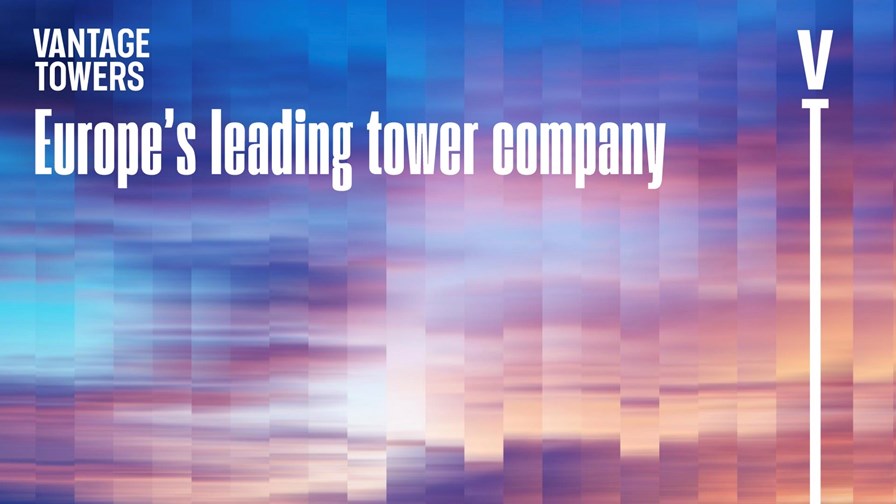 Vantage Towers, Vodafone’s neutral host spin-off with near-term IPO plans, is positioning itself as a “5G superhost” that can support the specific connectivity needs of enterprise users as well as wireless service providers.

“We remain focused on our goal of becoming a 5G superhost in Europe, offering bespoke solutions which enable 5G connectivity using our towers across various verticals, including manufacturing, healthcare, e-gaming and agriculture,” noted the company in a financial update issued early on Monday.

That towers portfolio now comprises has 82,000 macro sites in 10 markets across Europe with more to be added: 19,400 of the current macro sites are in Germany and are fully-owned by Vantage, while 22,100 in Italy are co-owned through its 33.2% stake in INWIT (Infrastrutture Wireless Italiane) and 14,200 are in the UK courtesy of its 50% stake in Cornerstone, which transferred to Vantage from Vodafone UK in January.

Its other markets are Greece, Portugal, Romania, Czech Republic, Hungary, Spain (where it has struck a new five-year deal with industry body AOTEC, which represents more than 150 local and regional operators) and Ireland, where it has landed 10-year deals with Eir and Three Ireland for 250 and 200 future site tenancies respectively.

It’s also addressing the important challenge of in-building 5G connectivity, which is particularly important to enterprise users that want seamless service quality and coverage: Vantage noted it has deployed its “first 5G Distributed Antenna System (DAS) solution for a building complex in the Czech Republic where we will act as a neutral host to deliver efficient connectivity solutions.”

Vantage also sees significant new business opportunities from the growing IoT sector and has struck a 10-year deal in Germany to provide Sigfox with more than 350 new sites in the coming financial year, increasing to more than 500 by the end of the following fiscal year. Sigfox Germany currently has 4,800 sites for its “0G network.”

The company, which is due to list its shares on the public markets via an IPO before the end of March, reported revenues of €723 million for the nine months to 31 December and earnings before various costs but after lease payments of €394 million.

Now comes a critical couple of years for Vantage Towers, which, like the other neutral host companies, knows that scale and breadth are important for attracting large long-term deals. It has previously stated its intention to be the European market leader and to grow its portfolio through new builds and through acquisitions, and now says it has a warchest of €1 billion for such purposes.

Its main rival in Europe is Cellnex, which has splashed out billions in the past couple of years to attain a portfolio of 120,000 sites (including future builds): Earlier this month it announced a €5.2 billion deal to buy 10,500 sites in France, a market where Vantage currently doesn’t have a presence but where Orange is still to decide on its towers strategy. (See Cellnex splashes €5.2 billion on Altice’s French towers.)

The neutral host market looks set to play a crucial role in the development of the 5G and associated distributed telco cloud (edge) sector: Companies such as Vantage Towers, Cellnex and others, including American Tower, will all be vying to be the superhost that Vantage aspires to be, with geographic spread, pricing, customer relationship management and technical roadmap all factors that will provide opportunities for differentiation.