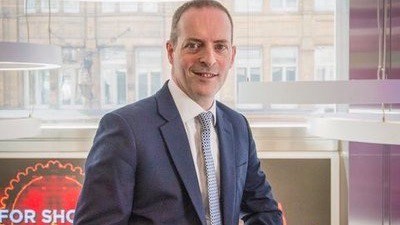 The UK’s Telecoms Diversification Taskforce, led by Lord Livingston of Parkhead (aka Ian Livingston, former CEO at BT, pictured above), has published its findings and laid out a set of proposals that it believes can help the UK government with its quest to expand the number of suitable communications networking technology suppliers now that Huawei is vendor non grata. The report has some sensible and useful observations and suggestions, but also contains some questionable proposals that look unwise and unworkable and others that will please the ‘Brexit will make the UK a world power once more’ brigade but which seems somewhat fanciful.

The standout proposal from the report, which was commissioned to help the UK government with its  5G supply chain diversification strategy, is the one we highlighted here on TelecomTV last week after the report was leaked to the Financial Times: It pertains directly to the diversification of the technology supplier ecosystem in the UK, where the four mobile network infrastructure operators – BT/EE, O2 (Telefónica UK), Three, and Vodafone UK – are now highly reliant on network technology supplied by just two suppliers, Ericsson and Nokia (because Huawei is no longer an option). It reads:

The Government should set out a clear ambition for the deployment of equipment from alternative suppliers, or from Open RAN solutions, to a meaningful proportion of the network - and clarify its intent to ensure these alternative suppliers should form an integral part of the UK’s urban networks in the longer term. We recommend the Government sets a challenging ambition to work toward a significant portion of equipment within mobile operators’ networks being supplied by new suppliers and/or through open architectures. The Taskforce believes 25% by the mid 2020s should be the initial aspiration for mobile operators.

It's hard to see how such a proposal could be a good idea, let alone what it actually means (there is nothing in the report to say whether it is 25% of annual investment, 25% of potential population coverage, 25% of mobile sites owned and operated etc). For a quick take on the potential downsides of such an approach, read Vendor diversity is a positive, but vendor quotas would be a negative.

In addition the report also proposes that the UK government should do what it can to “attract the entry” of at least one “scale” vendor that isn’t already a significant supplier to the UK’s operators. The proposal reads:

The 5G Supply Chain Diversification Strategy set out the Government’s intention to attract new vendors into the UK market. The Taskforce has concluded that, as Huawei gradually exits the UK’s 5G market, the UK should create the conditions that will attract the entry of at least one, and ideally two, additional ‘scale’ vendors. The Government should consider established suppliers that have a presence in other markets, but should promote the introduction of new suppliers in line with its stated aim to move toward open and interoperable networks. Such suppliers should be encouraged to establish R&D facilities in the UK as part of the Government’s ambition to build UK capability.

Again, the lack of detail only invites opprobrium: What does a “scale” vendor with an established presence in other markets look like? What does “entry” mean – that it actually becomes a significant supplier with a market share of more than X%?

Whatever the details, one imagines this refers to companies with a history of supplying critical radio access network equipment to major telcos in other countries over a number of years in high-traffic areas whereby those suppliers have proven themselves to have gear that’s carrier-grade and not prone to security breaches or technical failure (a description in itself that is open to numerous interpretations, of course…) This narrows the field significantly, with only Samsung of South Korea, NEC of Japan and ZTE of China as possibilities. ZTE is a non-starter, given its Chinese provenance, leaving Samsung and NEC: Both have solid pedigrees, for sure, but do they need to be shoehorned into the UK’s 5G ecosystem? Should they be?

Quite what the UK’s operators really think about the report’s main suggestions is anyone’s guess, as they are keeping their cards close to their chests.

BT declined to comment specifically on the 25% quota proposal, saying only that: “A strong, diverse supply chain is of real importance to the UK communications industry. The Livingston Report sets out a range of valuable recommendations to accelerate progress and ensure UK companies are well-placed to take advantage of emerging opportunities. It will be crucial, however, that the Government strikes the right balance between encouraging the deployment of new vendors and ensuring operators are able to meet very challenging obligations to remove Huawei from their networks and to continue to roll out 5G at pace. We look forward to working with the Government to develop a diversification roadmap which harnesses the best of UK innovation leadership, with a clear focus on excellent customer experience and network performance.”

That could be translated in a number of ways, but has an air of “don’t even think about telling us what to do” about it.

O2 (Telefónica UK) also sidestepped the request for comment on nthe 25% quota proposal and opted to focus on its support for Open RAN: “O2, and Telefonica, have been leading the drive towards developing Open RAN adoption and use cases. We believe it will enhance the security, efficiency and affordability of our network infrastructure, and we welcome this news as we continue to collaborate with the Government and partners to create the best and safest possible network customer experience.”

Three UK (which had originally handed its 5G RAN purchase order to Huawei and had to completely revamp its network procurement and rollout strategy once the Chinese vendor was given the order of the boot) declined to comment at all.

Vodafone had not responded to a request for comments as this article was published.

That O2 focused on its support of Open RAN is perhaps not a surprise: Its parent company, Telefónica, is a big fan of the Open RAN approach and O2 has been dabbling with Open RAN tests and trials for a while. (See O2 adds NEC to its Open RAN trial team.)

And Open RAN features significantly in the report – it is referenced 38 times in the 23 pages-long document and frequently cited as a panacea to the current lack of supplier diversity: But while some operators find Open RAN an attractive proposition, not all do and, in time, it may not be suitable for prime time deployment (not because it can’t offer the relevant technology but because it might be too hard to manage and/or prove too costly in terms of total cost of ownership). The report currently reads like something of a love letter to the Open RAN community, which is perhaps not a great look for something that could influence government policy.

But the report is wide-ranging and includes a number of useful proposals and suggestions and, thankfully, warns against direct government funding of ‘alternative’ technology:

The overall view of the Taskforce is that direct funding for operators to adopt new vendors or Open RAN into their networks is unlikely to be a sustainable approach to achieving diversification in the long term, based on the Taskforce’s view of current market conditions. Instead, the Government can derive best value for money by directing funding to support R&D (or incentivising R&D activity in this area), catalysing the UK ecosystem and removing barriers to entry. The Government needs to consider the case for funding activities that move the market in the right direction, but should be careful and measured in how it does so to ensure it prioritises promoting healthy, sustainable and competitive behaviours where the UK can participate in the supply chain.

Removing barriers to entry and financially supporting shared and open R&D and testing facilities seems like a very good way forward at any time.

But it’s clear from the report that there are aspirations amongst the Taskforce team, and likely the UK government, of global influence and being a “thought leader” in 5G, open network architectures and standards processes. In fact, the report even suggests the UK government should “consider a new free-standing body with the support of like-minded countries to be used as a platform to share policy and technical positions: the Digital Infrastructure Recommendations and Standards Alliance (DIRSA). This new body would facilitate balanced government and industry participation and provide a vehicle for the UK to demonstrate international standards leadership in security and resilience for telecoms infrastructure. Its initial focus should be on ensuring the security, resilience, openness and interoperability of telecoms radio access equipment. Members would seek to coordinate, influence and develop guidance for recommendations and standards within the relevant bodies - and as such DIRSA would not be a standards making body itself.”

It's certainly a matter of opinion as to whether the UK could command a position of influence on the international telecoms standards and specifications scene, and whether this would be a worthwhile use of resources. Maybe the UK could consider teaming up with its European peers and… oh, hold on… that ship has sailed.

As the report also makes reference to the role that China commands globally in terms of influence and resources, and hints that such influence is unwelcome, it’s likely that the Taskforce is really suggesting that the UK government gets into bed with the US, which has just struck a 5G and 6G R&D pact with Japan, the UK’s current best friend. “The China Standards 2035 plan seeks to cement Chinese positions as dominant in international standards work, both in governance bodies and across individual technical standards. The UK and its allies must look to meet this challenge,” the report notes, adding unnecessary fuel to the fires of international technology conflict. (See US and Japan team on Open RAN, 6G R&D.)

The report has a great deal more, including what appear like some useful suggestions on spectrum management (though a proposal to force the closure of 2G and 3G networks by a certain date because some of the vendors that the Taskforce suggests might be healthy for the UK don’t want to support legacy technologies might only raise blood pressure levels at the operators….).

If the end result of the report is a more vibrant and innovative telecoms technology ecosystem in the UK and a greater selection of appropriate and relevant technology suppliers with which the UK operators can engage IF THEY WANT TO then Lord Livingston and his team would be able to pat themselves on the back. But there are an awful lot of clarifications needed, along with some culling of some proposals, if that position is ever to be reached.

The full report can be accessed here.