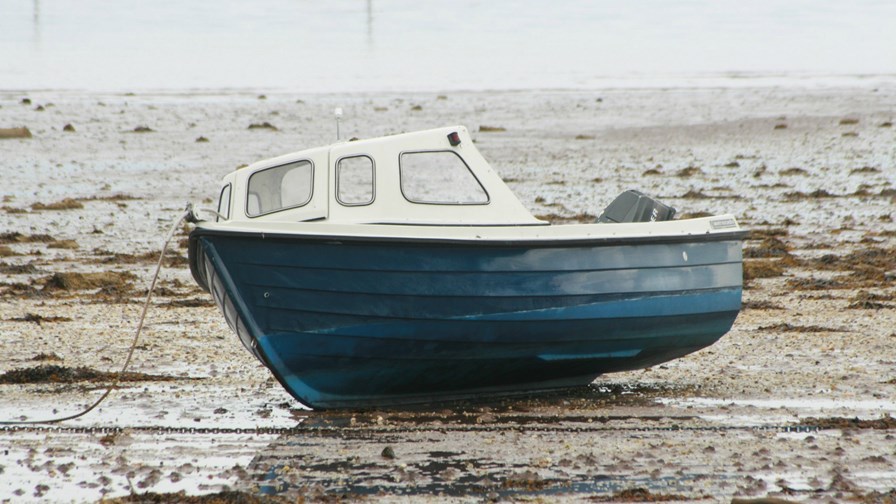 No less a personage than the William Barr, the current (and 85th) US Attorney General has come to the somewhat belated conclusion that China is "winning the race to 5G". Reality has dawned on America's top lawyer just six months after Ajit Pai, the Chairman of the Federal Communications Commission (FCC), announced that the US was poised to take both the technological and moral high ground thanks to his plan to lead the world in the deployment of 5G.

Mr Pai said, "At the FCC, we’re implementing a plan to Facilitate America’s Superiority in 5G Technology. (See what he did there with the cunning use of capital letters? Clever, eh?). Pai continued,  the '5G FAST Plan' is already helping ensure that our nation leads the way in 5G deployment." Half a year later it seems that FAST is actually slow, the race may already have been lost and the few American runners who were in it have been relegated to the status of 'also rans'.

In a statement providing comment on the State Department's Global CTO Roundtable that took place last week and focused on IONs (5G integrated open networks). The Attorney General said, "The United States and our partners are in an urgent race against the People’s Republic of China to develop and build 5G infrastructure around the world.  Our national security and the flourishing of our liberal democratic values here and around the world depend on our winning it. Future 5G networks will be a critical piece of global infrastructure, the central nervous system of the global economy. Unfortunately, the PRC is well on its way to seizing a decisive 5G advantage. If the PRC wins the 5G race, the geopolitical, economic, and national security consequences will be staggering. The PRC knows this, which explains why it is using every lever of power to expand its 5G market share around the globe. The community of free and democratic nations must do the same."

Then taking a page out of the King Cnut playbook (as a jobbing journalist I find I need to be be particularly careful when it comes to spelling that), Mr. Barr added, "To compete and win against the PRC juggernaut, the United States and its partners must work closely with trusted vendors to pursue practical and realistic strategies that can turn the tide now.” His office did not mention that King Cnut's 11th Century attempt to stop the tide from coming in resulted in a thorough soaking for him and his courtiers.

Meanwhile, the US Department of Defense (DoD), has unveiled its own 5G strategy. The document does not directly cite technological threats from either the Chinese state or Chinese companies such as Huawei or ZTE but they are there alright, if by no more than by silent implication and their absence of mention. The US DoD regards 5G as "a critical strategic technology" to be aggressively developed for geopolitical and geo-economic advantage and as an adjunct to US military muscle. The publication states, "nations that master advanced communications technologies and ubiquitous connectivity will have a long-term economic and military advantage." It could also "transform the way militaries operate". To that end US military services have offered the use of their bases for US companies to test their 5G technologies and speed their development.

This is about technological superiority at a national level but with prime input (and expenditure) coming from private companies such as telcos and technology vendors. However, the US national Defense Act 2019 did provide US$275 million to help towards the deployment of 5G infrastructure. That's peanuts in the greater scheme of things of course and 5G remains and will remain a predominantly a civilian matter proper to private companies. However, the strategy document does say, "If DoD acts with urgency, it can utilise its unique partnerships, expertise, and resources to accelerate 5G innovation and deployment.”

The DoD paper also calls for the development of "security principles for equipment, architectures, and operations" and recommends "zero-trust architecture" as the best way to secure and protect 5G networks, even though it also wants to "pursue and recognise" the development of international standards relating to network design and security.  design and security of networks.

China to put Apple, Boeing, Cisco and Qualcomm on "unreliable entity list" and one of them actually is unreliable

Meanwhile, the Trump administration has one more upped the ante in its prolonged spat with Huawei. In September more new rules and regulations will be imposed preventing the Chinese company and its suppliers from using US hardware and software. Full stop. What the Chinese authorities are already calling "a new Cold War with America" seems certain to get ever more frigid and China is equally certain to retaliate with further trade sanctions of its own. The president of the US Semiconductor Industry Association, John Neuffer, says the new rules will “create uncertainty and disruption for the global semiconductor supply chain.”

Meanwhile, Huawei and other telecoms companies in China are steadily building the capability to design and manufacture their own 5G chips. Last week the US Department of Commerce announced that Huawei had been "attempting to undermine and circumvent" restrictions imposed earlier by using US software and manufacturing technologies to make its own semiconductors as well as buying chips from vendors that, while sited in other countries around the world, are using US intellectual property and manufacturing knowhow.

In a TV interview last Friday, Wilbur Ross, the US Secretary of Commerce, said. "There has been a very highly technical loophole through which Huawei has been able to use US technology with foreign fabrication producers" and added that the new regulations would close that loophole "and ensure that the American fab foundries are competing on an equal footing with the foreign ones."

In China, the Global Times is a newspaper controlled and bankrolled by the Chinese state. It makes North Korea's Rodong Sinmun seem as independent and objective as the Australasian Pigeon Fanciers Gazette but is nowhere near as informative or entertaining. Also, you can use the Australasian Pigeon Fanciers Gazette to line the bottom of a parrot cage. Try that with the Rodong Sinmun and they tie you to a post and fire an anti-aircraft gun at you.\

Sorry, I digress… Last weekend, the English edition of the Global Times ran a piece by its editor-in-chief, Hu Xijn. He wrote, unprompted, natch, "If the U.S. further blocks key technology supply to Huawei, China will activate the ‘unreliable entity list,’ restrict or investigate US companies such as Qualcomm, Cisco and Apple, and suspend the purchase of Boeing airplanes."

In response, that diplomat of the prairies, the junior Senator of the State of Nebraska, Ben Sasse, commented "The United States needs to strangle Huawei."

It was Winston Churchill who said, "Jaw-jaw always is better than to war-war." He also wrote, "The statesman who yields to war fever must realise that once the signal is given, he is no longer the master of policy but the slave of unforeseeable and uncontrollable events." On the other hand it was Theodore Roosevelt who said “If you've got them by the balls, their hearts and minds will follow.”

Which brings us to Twitter - but that's a story for another day.