Telcos need to look beyond 'the kids' for 5G uptake 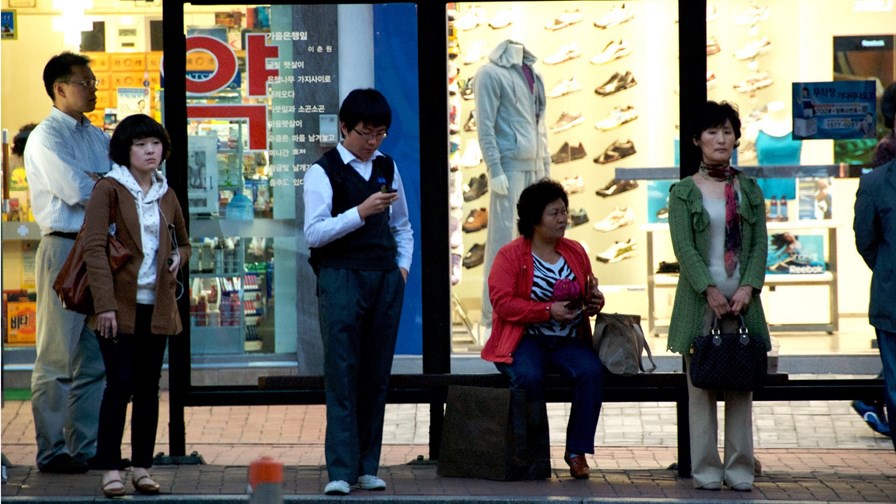 Early adopters of 5G mobile services will not be data-hungry teens and 20-somethings, but a slightly older age bracket, if SK Telecom's experience is borne out in other global markets.

The South Korean operator, which was among the first few telcos to launch commercial 5G offerings a year ago, says people in their 30s and 40s account for more than half of its 5G customer base, a different pattern than it sees amongst its LTE users.

Admittedly, it's still early days. SK Telecom may be celebrating its first anniversary of 5G – unbelievable as it may seem; time really is moving that quickly – by sharing statistics and generally bigging up its progress, but we're still talking single-digit percentages of its subs base. The telco trumpeted its 5G launch on 3 April last year, but that was an extremely limited service for a handful of users. Things have progressed quickly since then, but we're still firmly in the early adoption phase.

SK Telecom captured headlines in the West with the revelation that it had 2.22 million 5G customers in January, which equates to 44.7% of the South Korean market, according to figures shared by Korean Ministry of Science and ICT earlier this year. That's not really news; SK Telecom reported in its full-year 2019 results that its 5G subscribers were at 2.08 million the end of December.

That's a fair growth rate and shows that the operator's early success was not merely a blip. SK Telecom passed the 1 million mark in August, 140 days after service launch, and reached its second million (and a bit) in slightly less time – 132 days. It's year-end figure represents around 7% of its mobile customer base.

Nonetheless, the figures are worth noting. But more interesting is the make-up of that 5G base.

You could argue that those figures reflect the relative cost of 5G; devices in particular are more expensive and perhaps more accessible to an older crowd. But the flip side of that is the fact that the younger age bracket – generation Z, if you prefer – often has fewer responsibilities and more disposable income. It's probably too soon to speculate that slower device replacement cycles are perpetuating into the 5G space, with younger consumers having a more environmentally-conscious approach, but it's certainly something to watch.

The operator also noted that data usage is up amongst 5G early adopters, which won't come as a huge surprise to anyone. During the December-February period, customers switching from LTE to 5G used twice the amount of data as they had previously, or an average 28.5 GB per person per month, up from 14.5 GB.

My Korean is not up to the task of fully analysing SK Telecom's various mobile plans, but we can be fairly confident that users are getting more data for their money. When SK Telecom announced its first 5G plans this time last year it stated that "compared to its LTE price plans, the company is offering the same amount of 5G data at lower prices." That being the case, it's not too much of a stretch to suggest that customers upgrading from LTE stayed at the same price point but gained a bigger data allowance.

5G plans are still very much a work in progress for all operators though. SK Telecom said it would update prices after analysing the data usage patterns of those on unlimited tariffs. With north of 2 million customers, it must be at a point at which it is able to gain some useful insights.

If you build it, they will consume it.

Of course, a base of just above 2 million cannot provide definitive data on 5G usage patterns, but it is an interesting insight into what may be to come.

SK Telecom expects to have signed up 6 million-7 million 5G customers by the end of this year, getting on for a quarter of its overall base, by which time its network will also be a lot broader; it aims to increase the number of its so-called 5G clusters – areas of 5G coverage built with more base stations – to 240 from around 70 at present, and expanded coverage to neighbourhoods of 85 cities and indoor coverage to 2,000 buildings, including airports and shopping malls.

By then, its 5G usage statistics will have greater significance. 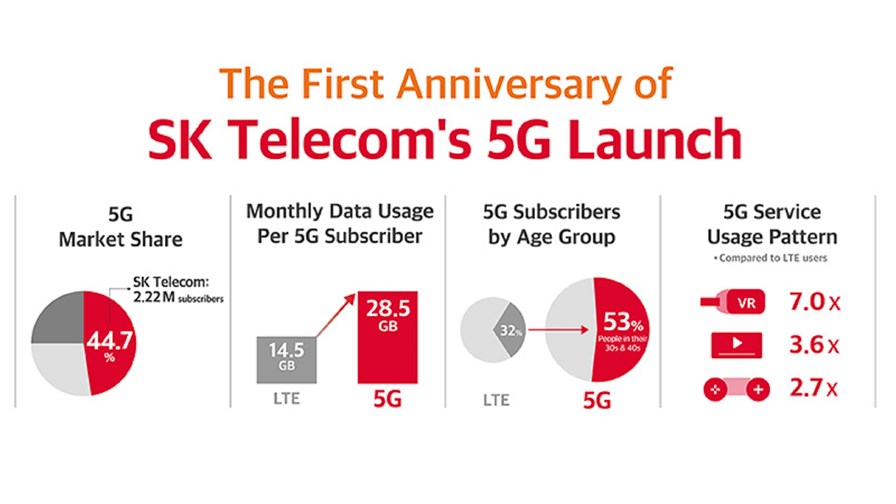