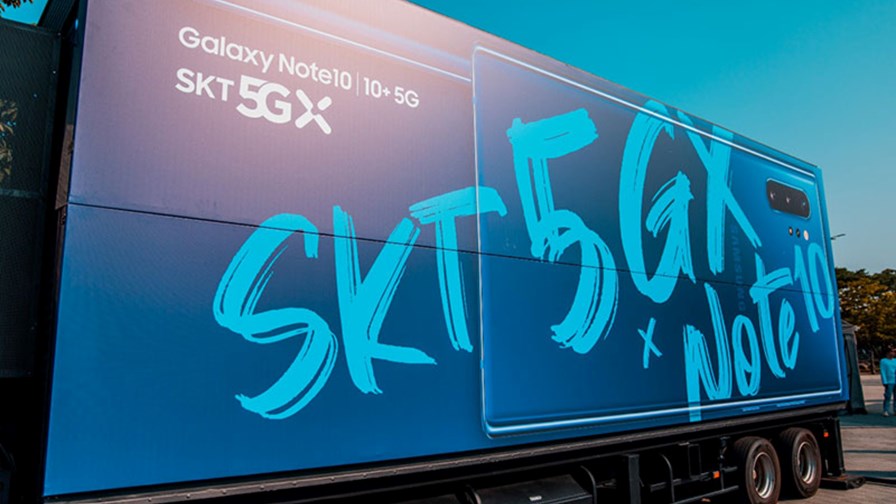 After enduring a plethora of press releases heralding 5G tests and trials at every conceivable frequency and rollout news on practically a street by street basis, here’s some 5G news that should come as a relief to the industry. SK Telecom of Korea has just announced that it has became the first mobile operator in the world to exceed the 1 million 5G subscriber mark.

The telco said it reached the psychologically important milestone on August 21 and that its 5G subscribers now make up more than 3.5 per cent of its total subscriber base of 28 million. Furthermore, SK Telecom adds that the million mark was reached just 140 days after it launched “the world’s first 5G smartphone” on April 3.

The wider telecoms community can also celebrate the fact that SK Telecom said the 5G take-up rate was twice as fast as for LTE back in 2011, which took eight months to reach one million subscribers. In a period of doom and gloom about whether or not 5G will improve the fortunes of service providers, this comes as some relief – and yes, it is way too early to assess the commercial impact of 5G, we’ll all have to wait and see, but it is some much needed early good news.

The telco has already launched some interesting 5G services including AR and VR that provide immersive experiences in media and eSports. It is also collaborating with various global partners to boost the ecosystem for 5G-based business models.

SK Telecom adds that the recent launch of Galaxy Note 10 5G is expected to further drive the increase of 5G subscribers. Until recently, it offers just two 5G smartphones – the Samsung Galaxy S10 5G and the LG V50 ThinQ 5G.

As widely expected given the higher data rates and marketing emphasis on speed, early analysis of SK Telecom’s 5G subscribers shows that the average monthly data usage of customers who switched devices from LTE to 5G has increased about 65 per cent from 20.4GB with LTE to 33.7GB with 5G. However, the increase is perhaps not as pronounced as many thought – or at least it isn’t yet.

Back in April, SK Telecom announced four different 5G tariffs, differentiated by monthly data consumption amounts (as well as speed caps). The four tariffs ranged from 8GB of data per data per month, through 150GB, 200GB and finally 300GB. Prices spanned €41 per month up to €93. For the moment, it looks like the 5GX Standard plan with 150GB of data at €56 per month is the seen spot. However, SK Telecom promised to update its price plans after analysing the data usage patterns of subscribers on promotional unlimited plans, so all this could change.

Meanwhile, vendors and OEMs are gearing up to launch more affordable 5G handsets into the market in 2020. You can pay over €1,000 for the most basic configuration of a Galaxy Note 10 Plus 5G or LG V50 ThinQ 5G today. HMD (makers of the Nokia branded phones) Chief Product Officer Juho Sarvikas let slip this week that its 5G devices could cost approximately half that of today’s early 5G phones, so that should put them in the far more affordable €500 to €600 range. Then we’ll see some more meaningful usage patterns.

At the beginning of the year, during its first-half earnings call, SK Telecom said that it expects more than 2 million 5G subscribers this year. Those affordable 5G devices can’t come soon enough.