SK Telecom races ahead on 5G 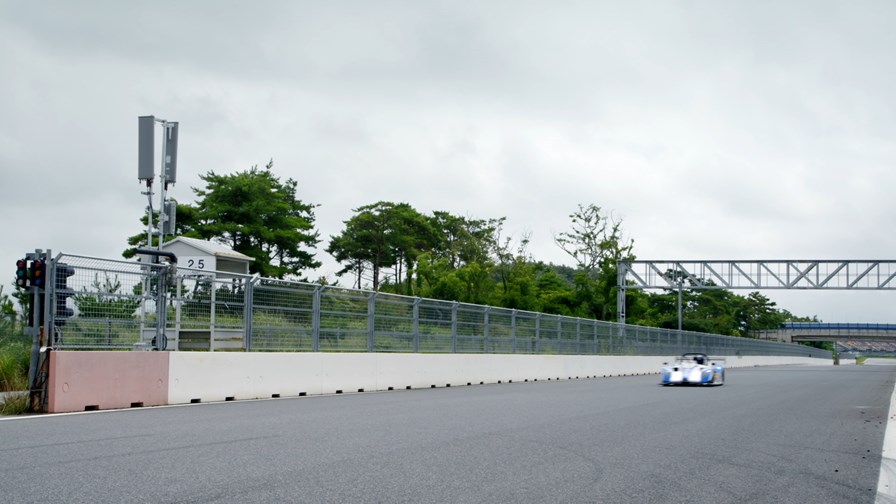 SK Telecom took the 5G race to a more literal level this week when it demonstrated the capabilities of the latest generation of mobile technology inside a fast-moving vehicle...a racing car, to be precise.

Using a 5G device inside a racing car travelling at 130 miles per hour around the Korea International Circuit racetrack, SK Telecom tested live downloads, uploads and handovers between trackside 5G cellsites, with download speeds reaching up to 1 Gbps. The trial used 200 MHz of 28 GHz spectrum and 5G millimetre wave equipment from Samsung.

It's a far cry from from a press event I attended in France 15 or so years ago, when a now-defunct network equipment maker failed to demonstrate 3G handover in a saloon car travelling at a shade above walking pace and was forced to resort to the laptop demo instead to "prove" to journalists that the technology worked.

The Samsung and SKT demonstration was not just about showing off the technology and crowing about the fastest speeds though; Samsung points out that it announced 5G handover at 118 MPH and a 1 Gbps download speed in a vehicle moving at 127 MPH in Korea almost two years ago.

This is about real-world applications for 5G, something we're always asking to see more of from the telcos, since there's only so much bandwidth you need to watch cat videos on YouTube while waiting in the queue for the checkout, especially if it comes with a price premium.

"5G already opened up a new horizon when the first commercial service started in the first half of 2019 across Korea and the US," said Jaeho Jeon, Head of R&D, Networks Business at Samsung Electronics, very diplomatically, given that both Verizon and SKT declared themselves first to market with 5G in April. "This trial is a great example of taking a user experience and the racing industry to new heights."

A 5G motor racing experience could see cockpit-mounted cameras streaming video to enable sports fans to view the race from the driver's perspective, while VR, AR and 360-degree video streams will add an immersive element, making viewers feel as though they are in a moving car, Samsung said.

It's cool, sure, but is it monetisable?

Maybe. It's certainly an area of interest for telcos.

Earlier this month, Verizon's consumer CEO Ronan Dunne shared that he is "particularly excited" about the potential of 5G in live entertainment and live sports, in the case of the latter, giving attendees at major sporting events the ability to view different camera angles and so forth while still soaking up the atmosphere of being present at the event. As an aside, the word 'present' seems to be taking on a whole new meaning in a world in which we're increasingly glued to technology, but that's a discussion for another day.

With Verizon having carried out trials of 5G-enabled sports applications at February's Superbowl, some sort of service launch could come sooner rather than later.

In the meantime, while Verizon is playing its cards very close to its chest regarding the number of customers that have signed up to its nascent 5G service, SK Telecom last week trumpeted its latest milestone, announcing it had reached the 1 million subs mark just 140 days after launch, which equates to over 3.5% of its mobile base.

With such a high percentage of early adopters – Verizon would need to have well over 3 million by now to match it, incidentally – if anyone can persuade customers to pay for 'nice-to-haves' like an immersive motor racing experience, SKT can.

But hey, we're getting dangerously close to a 'first to market' discussion and that way madness lies; what matters in this multi-billion-dollar industry is not who was first to launch or who signed up the most customers the fastest, but rather who best executes their 5G strategy and provides compelling services that customers want.

Thus far, SK Telecom seems to be winning on that score too...