Verizon: 5G will go mass-market when handsets cost less than $800 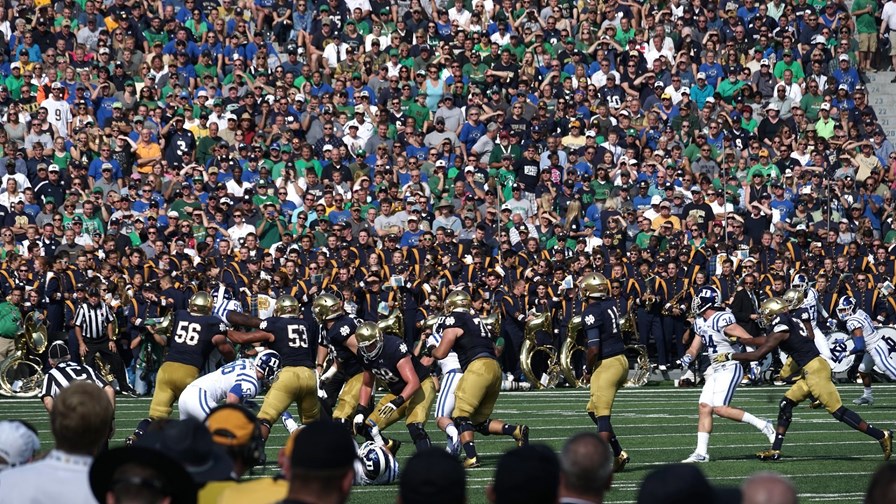 Longer handset replacement cycles have proved troublesome for mobile operators and vendors for some time now, but for telcos in the first wave of 5G launches, they could be a sign of positive things to come.

According to Verizon's consumer CEO Ronan Dunne, they are an indication that mass-market 5G is just around the corner.

"What... all carriers have seen is that the upgrade cycle has slowed down. That's very traditional at the end of any 'G'," Dunne said at the Oppenheimer Technology, Internet & Communications Conference. The same thing happened during the last two years of 2G, 3G and now 4G, he explained.

"Then you see acceleration when...good handsets are available at the key price points," he said. "For us, that's below US$800," a level that should be achievable in the first half of next year.

Verizon did not share 5G subscriber figures when it posted its second-quarter financials at the start of this month, which suggests that early take-up hasn't been stellar. That's to be expected, given the limitations of the service in this launch phase. At the end of July Verizon added four additional cities to its ultra wideband 5G footprint – Washington DC, Atlanta, Detroit, and Indianapolis – taking the total number in which the technology is available to nine, but added the 'available in selected areas' caveat, namely public spaces like parks, monuments, museums, college campuses and stadiums.

Then again, that is also true for Korea's SK Telecom, which launched 5G at the same time as Verizon – both are still claiming to be the world's first – and published its Q2 numbers within 24 hours of its US counterpart, complete with 5G uptake figures. It had signed up 530,000 5G customers by the end of June, three months after launch, and said it expects to pass the 2 million mark before the end of this year. Given that the operator has 24 million mobile handset customers, that's a pretty impressive take-up rate. 5G also helped turnaround the revenue performance of its mobile business, SK Telecom said.

Although it is playing its cards close to its chest when it comes to 5G subs, Verizon is making no secret of the fact that it is preparing for a broader uptake next year.

It overhauled its price plans earlier this month, something that is becoming an annual August tradition, Dunne noted, essentially with a view to readying customers to spend a bit more and use 5G. Verizon has tweaked its unlimited plans to create more personalisation; all offer unlimited data, but while one might include music, another is geared towards video use, and another comes with a free tablet or hotspot, he explained.

Half of Verizon's mobile customers still use metered plans, but the telco hopes to migrate as many as possible to unlimited before the price gap between the two becomes too wide to bridge, Dunne said. When 5G scales up next year it will be all about unlimited plans, he said, and then further ahead there will be an opportunity for even more personalised plans, such as a tariff specifically for gamers and another for day traders, for example.

There has been much discussion in the industry about real use cases for 5G, against a backdrop of glitzy service launches with holograms and so on; in the short term, there are question marks over how likely consumers are to want to upgrade. But for Dunne, there are already real-world applications for the technology that consumers will be able to get to grips with.

"The area I'm particularly excited about is live entertainment," he said, giving the example of live sports, where spectators in the stadium benefit from the atmosphere of being at the event, but don't have the advantage of multiple camera angles and so forth. With 5G, you could have that stadium atmosphere, coupled with a screen in the seat in front for "the whole 360 experience," Dunne said.

So, given that stadiums are among the list of public spaces in which Verizon is already offering 5G services, can we assume that a sports service launch is imminent?

The telco carried out trials at this year's Superbowl, Dunne said, and... "watch this space!"