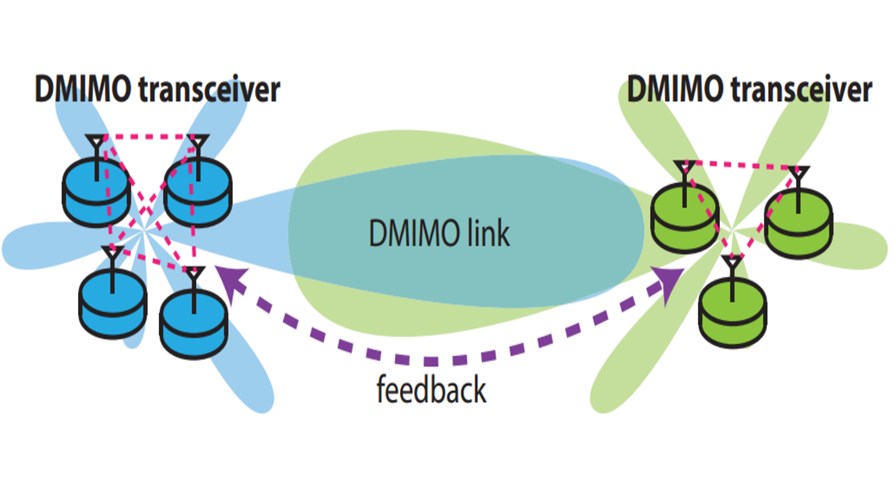 ZTE says it’s made a ‘significant breakthrough’ in research on next-generation radio access networks with what it claims is a world’s first pre-commercial test of ‘distributed’ multiple input and multiple output (D-MIMO) technology.

MIMO is the technique for sending multiple data signals on a channel to exploit multipath propagation and it's already in use on radio protocols such as IEEE 802.11n (Wi-Fi), HSPA+ for 3G and WiMAX, as well as LTE.

ZTE says that as mobile communications system, in general, typically involve many base stations, interference causes degraded signalling at the cell edge. This, says D-MIMO’s supporters, is a major challenge facing operators.

D-MIMO technology gets around the fraying edge problem by coordinating transmission ‘between’ overlapping base stations (see above), engineering a jointly transmitted signal timed so that signals from two base stations, say, arrive at the receiving device at the same moment, effectively amplify the signal without a power boost which might interfere with other transmissions.

ZTE says its field test has demonstrated an up-to-9 times increase in data rates at the cell edge through the technique, all  based on ZTE’s proprietary Cloud Radio solution. The outdoor portion of the test covered single-user and multiple-user scenarios in an environment with multiple overlapping base stations, and used commercially-available mobile device terminals.

ZTE says the demo strengthens ZTE’s claims for first-mover advantage in the development of next-generation radio access technologies. Back in 2012 it unveiled its Cloud Radio solution for dynamic coordination of transmission networks for optimisation of cell-edge performance.