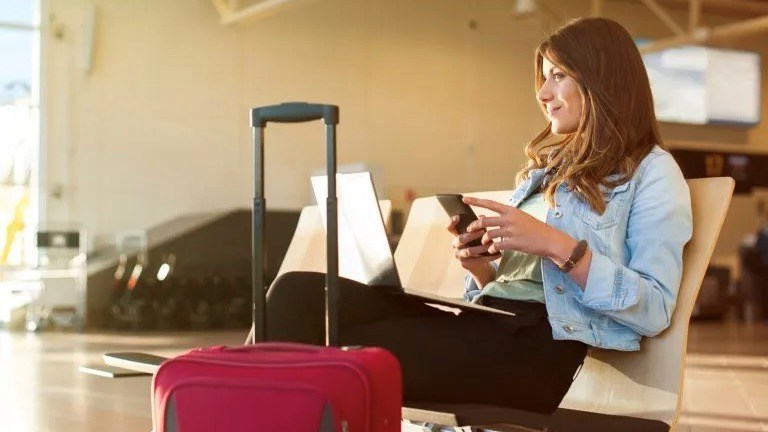 Vodafone is adding 5G coverage at five of the UK’s largest airports, in a move that is expected to ‘future proof’ connectivity at these transportation hubs while enabling additional digital services.

In a statement, the operator noted that dedicated 5G infrastructure has already been installed and is now live at the George Best Airport in Belfast and at Newcastle International Airport; Birmingham, Edinburgh and Glasgow are next on the list. The installations have been undertaken by Exchange Communications, a collaboration partner of Vodafone UK that provides smart building connectivity solutions.

According to Vodafone, the move will aid airports’ efforts to handle mobile data demands from “big crowds” of holidaymakers, business travellers and enterprises situated at aerodromes. Touted benefits include higher speeds and lower latency, reducing the time to connect, download films, and access work documents and remote servers. Additionally, the technology’s “far greater capacity means that many more people can enjoy a reliable signal, no matter how busy and crowded the terminals get”, the operator stated.

There is also potential for enterprises to unlock new applications and services, such as contactless check-in, digital passport controls, real-time inventories and smart carts, so that customers don’t need to scan purchases at checkouts.

“Millions of passengers use these airports every year, so we’re delighted to be able to give them fast data speeds, however busy it gets. Meanwhile, each of these airports has an important role to play in their region and their local economy. So it’s great to be able to supply the connectivity they need to continue to grow and succeed,” said Andrea Dona, UK network and development director at Vodafone.

As Exchange Communications’s CEO, Tom Sime, puts it, through the move, airports will become “the UK’s most connected companies”, as 5G will “both future-proof the airports’ connectivity and enable new services, which will support the airport, its customers, and those businesses”.

This is not the first 5G launch at a UK airport. In February 2019, Vodafone claimed to have made Manchester Airport the UK’s first 5G-connected airfield by introducing so-called ‘blast pods’ – see Vodafone tests 5G ”blast pods” at Manchester Airport. The company followed this with a 5G deployment at Gatwick Airport in March 2022.

It’s interesting to note that 5G rollouts at airports in the UK have been enabled without significant hurdles so far. At the start of 2022, the UK’s Civil Aviation Authority reportedly dismissed concerns over flight safety issues due to 5G, stating that there were no reported incidents of aircraft systems being affected by transmissions of 5G in UK airspace. Similar conclusions have previously been made by Ofcom.

This is in stark contrast to the US, where operators had to continuously delay 5G launches over disruption concerns – see What’s up with... 5G in the US, Verizon & AWS, Orange & FTTH in France.