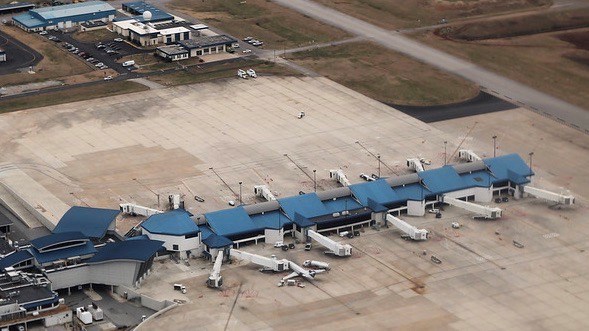 The ongoing issues with C-band 5G launches in the US, further edge computing expansion by Verizon and a fibre broadband milestone in France are the pick of today’s news bunch.

The 5G ructions in the US continue as both AT&T and Verizon launch 5G services using the C-band spectrum for which they shelled out billions of dollars last year, but with ongoing launch delays in areas near US airports for fear of interference with aircraft safety systems. AT&T announced today that “following a 6-week voluntary pause and the implementation of additional precautionary measures to allow the Federal Aviation Administration and aviation industry to complete evaluations, today’s introduction of C-Band spectrum begins turbo-boosting our 5G wireless service with our newest AT&T 5G+ service.” Verizon, meanwhile, announced that it has launched its “5G Ultra Wideband network which will enable more than 90 million Americans to experience the transformative speed, reliability and power of this game-changing network on the go or in their homes or businesses... As the nation’s leading wireless provider, we have voluntarily decided to limit our 5G network around airports. The Federal Aviation Administration (FAA) and our nation’s airlines have not been able to fully resolve navigating 5G around airports, despite it being safe and fully operational in more than 40 other countries.” Ouch! That will help with the ongoing discussions... Meanwhile, the warning of flight cancellations is becoming a reality, with Emirates one of the international airlines suspending flights to the US.

Elsewhere in the US, Verizon and AWS have expanded their joint 5G edge computing service to four more cities – Charlotte, Detroit, Los Angeles and Minneapolis – taking the total number of markets to 17. “Using 5G Edge with AWS Wavelength allows developers and businesses to build and deploy a variety of applications such as machine learning, Internet of Things (IoT), and video and game streaming,” notes the operator in this press release.

Orange says it has reached 6 million FTTH customers in France and is connecting around 10,000 additional customers to a fibre broadband connection each day. “At the end of 2021, using its own funds and in partnership with local authorities, Orange had deployed fiber to 63% of the 29 million premises eligible for FTTH in France. With a 20% increase in the number of premises in one year, France is now Europe’s leading country for fiber,” noted the operator in a media announcement. About 70% of homes in France are now within reach of a fibre broadband line.

Huawei is seeking external funding for its Habo Investments subsidiary that has been investing in specialist chip companies, reports Reuters. The move comes as the Chinese vendor, which is the subject of crippling US trade sanctions that have disrupted its supply chain and impacted its operations and sales, seeks to shore up its future supply of microprocessor components by finding alternative, non-US chip suppliers.

Spending on edge computing by service providers and enterprise users in Europe will hit $40 billion in 2022 and then ramp up to hit almost $64 billion in 2025, a compound annual growth rate (CAGR) of 16.4%, according to research house IDC. “With different use cases emerging in the European edge landscape, content delivery networks and virtual network functions, predominantly found in the service providers' edge services offerings, will see the largest investments in 2022,” noted IDC. “In Europe, service providers will invest more than $8 billion in enabling edge offerings this year and will become the fastest-growing spending area through 2025.” Read more.

Expect to hear more about small Open RAN deployments in Europe throughout 2022... In Germany, Telefónica Deutschland has deployed some small cells based on Open RAN in Munich to add additional access capacity to the existing traditional network, and plans to add 5G standalone Open RAN small cells later in the year. “With the compact, flexibly deployable latest-generation mini mobile cells, the company is able to increase 5G/4G capacities in the O2 network at high-traffic locations in urban areas faster than before,” notes the operator in this press release.