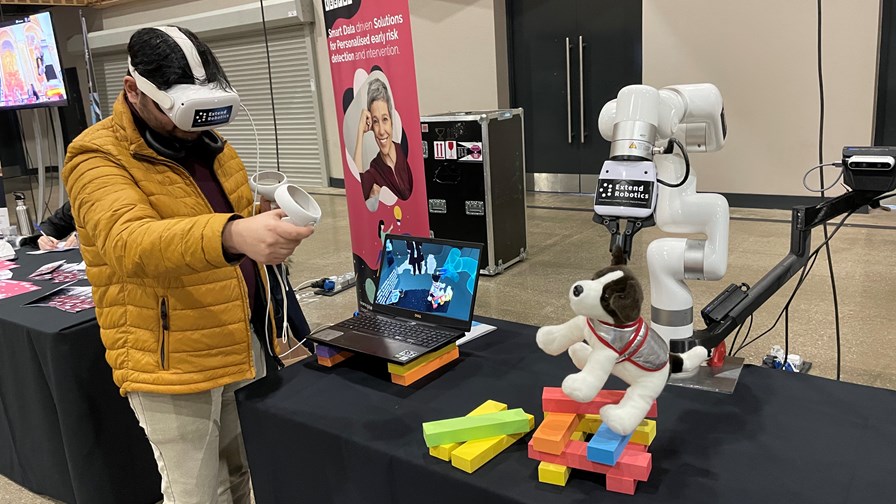 A representative of Extend Robotics demonstrates the company's applications at the MK5G Create showcase.

In an effort to highlight the capabilities and benefits of a 5G-enabled smart city network, a broad range of companies showcased their products and applications running on a 5G standalone (SA) network during an event organized by MK5G Create and held at the Stadium MK in Milton Keynes, UK, this week.

Numerous drones, robots and driverless vehicles were put to work in and around the stadium to demonstrate the potential AI, IoT, and the low latency and enhanced bandwidth provided by 5G connectivity and other high-speed wireless access technologies, all of which contributes towards making the city smarter. It should be noted that Milton Keynes has, for almost a decade, been home to various digital city and next gen communications initiatives, so the supporting infrastructure for such demonstrations has been built up over a number of years: See Neul and BT to build the UK's first IoT city network.

Most of the applications on show were developed with support from the UK Department for Digital, Culture, Media and Sport (DCMS). The government department has poured £200 million of funding into testbeds and trials across the UK to explore how 5G can boost efficiency and bring transformation across industries.

The DCMS noted the funding period ends at the end of March and, going forward, it will be more focused on the opportunities and challenges of Open RAN. (See UK funds 15 Open RAN R&D projects, boosts SONIC Labs funding.)

The Milton Keynes Stadium has deployed 5G in the 3.8GHz to 4.2GHz bands, with a total of 12 base stations in near proximity to ensure reliable connectivity. CityFibre has also deployed fibre to support trials in the area (Milton Keynes was one of its first citywide wholesale fibre rollout locations in collaboration with anchor tenant Vodafone UK).

“The model we’re talking about is a building and enabling environment,” noted Ian Pulford, Director of Smart City Consultancy Ltd. “The idea is that we can have connectivity to any device, from anywhere, any time we want it, and we can get as much bandwidth as we want. 5G is the enabling piece,” he added.

He cited data as among the most important elements in the tests, as it enables companies to simulate different environments and assess what might happen in certain scenarios.

“We want to try to give visitors the best experience possible,” he noted.

Alistair Duke, principal researcher at BT, explained the operator was tasked with providing the data exchange platform for the showcase.

“It provides a focal point for data sharing in a smart city context. If you imagine in a city, you might have information about transport, air quality, health or services that the council provides. What we do is collect all that data into one place and make it easily accessible so that it can then be used by applications. These applications might be a smartphone application in the hands of the citizens who want to travel around the city, it might be providing info for the council, or into a commercial organisation that wants to provide a more efficient service. And they can do that because they’ve got access to real-time data from a diverse set of sources from across the city”, he explained.

Among the benefits for data providers, he highlighted easy access and control of data, while for consumers it would facilitate searching for a dataset and accessing it from an application interface.

“It’s lowering the barrier for getting access to data from a diverse set of sources from across the city,” he said.

Information being collected for the project includes data about vehicles that are travelling around the city, information from the bike hire and scooter hire schemes, about the availability of electric vehicle charging bases and public transport information.

“We also have the ability to ingest video. Around the stadiums we have cameras that are looking at the car parks and roads, and we’re using AI techniques to identify where there are free parking spaces, or where there might be congestion on the road network and that can produce data for applications,” Duke said.

So what tech and applications were put to the test?

Autonomous vehicle demonstrations were provided by Imperium Drive and Aurrigo. In the first case, a remote operator was navigating the vehicle from a control room to ensure it didn’t collide with anything, while for the Aurrigo demo a human operator was in the vehicle to oversee the driverless process. 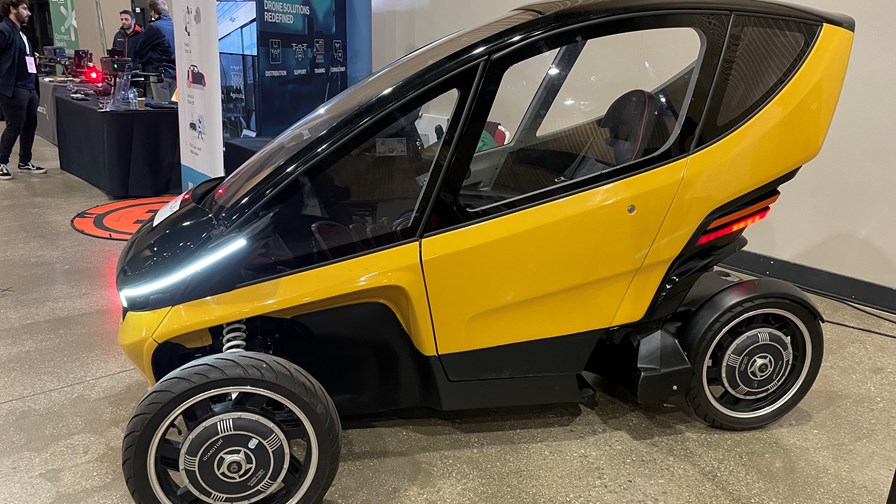 Imperium Drive enabled its vehicles to be controlled remotely. 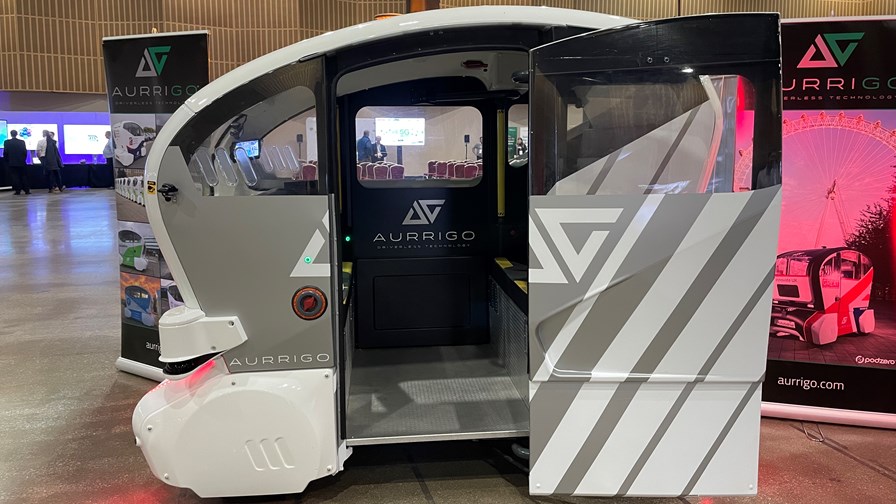 Aurrigo is becoming a veteran as showing off its autonomous vehicles.

Still in the transport sector, Get Around MK (a Milton Keynes Council initiative) presented connected E-cargo bikes, which can be used for food and material deliveries, and can even transport children. The vehicles are available for free, the council said, adding that organisations can apply for a permission to use one after meeting certain criteria (driving licence not being one). Some of them are already in use in the city, though the council admitted it anticipated better interest than the current involvement as it still had around 10 vehicles available for rentals (out of 20 in total). 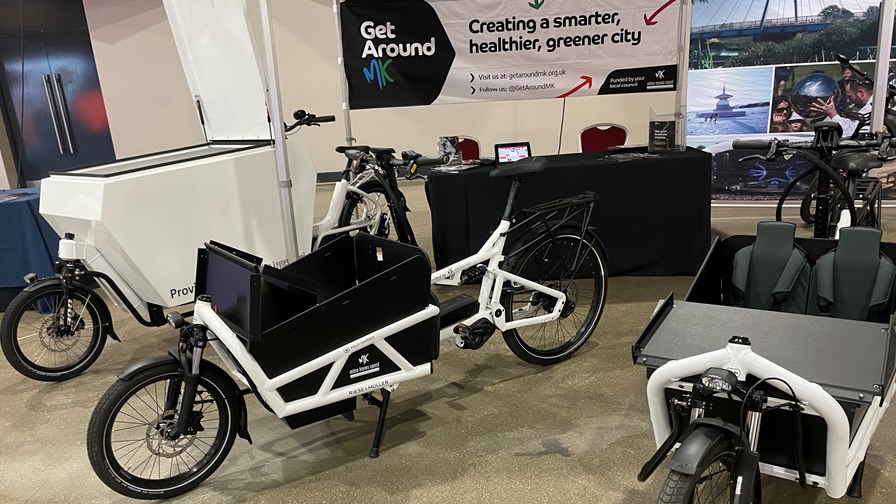 The E-cargo bikes haven't proven to be as popular as expected in Milton Keynes.

A robot, operated remotely, and capable of picking up objects especially in hazardous environments, was presented by Extend Robotics; drone services were presented by Aetha and Consortiq (see picture below); and The Open University showcased an in-house robotic assistant capable of running a number of tasks to assist those who are elderly and live alone, for instance. 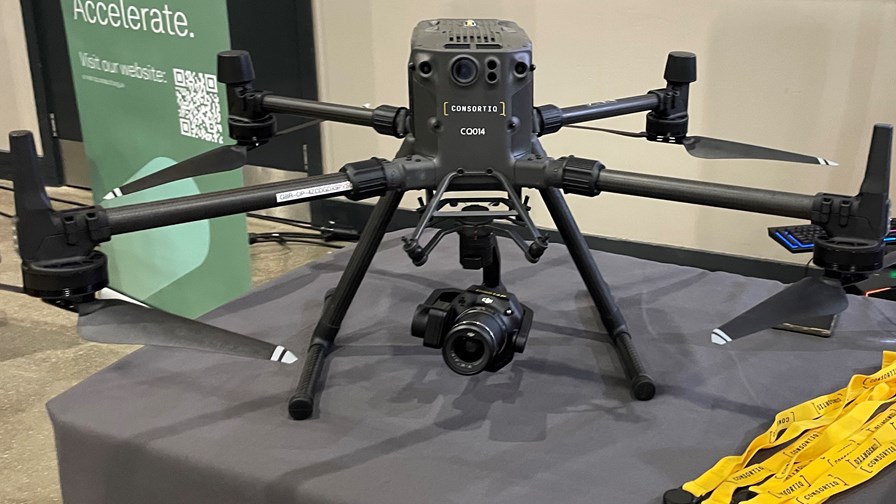 Consortiq was just one of the drone companies showing off its capabilities in Milton Keynes.

RAR UK Automation presented a few machines suitable for logistics in factories and other facilities, while The University of Buckingham showcased its own customised version of the Boston Dynamics robot named Spot, which can be used for remote monitoring of construction sites, mines and other hazardous places, such as following a natural disaster. 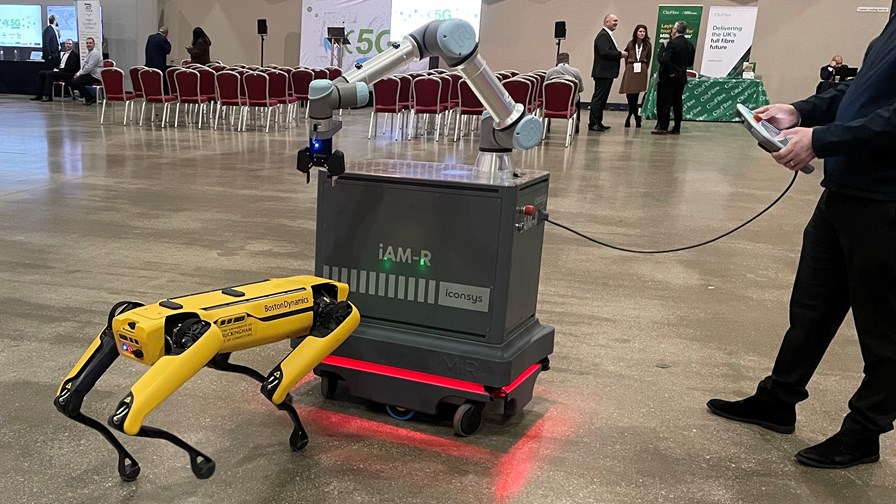 The University of Buckingham showcased its own customised version of the Boston Dynamics robot named Spot.

And to add a competitive element, a race was held in the MK Dons football stadium between small drones that had to not only compete among themselves but also to overcome obstacles placed across half of the stadium’s pitch.